Actively playing a new MMORPG has really got me thinking about how I spend my time. Although I love the concept of virtual worlds I tend not to stick around very long because mechanics tend to feel very rehashed. Black Desert Online does rehash a lot of typical Korean features such as heavy grinding and the worship of RNGesus. It also brings a lot of new or underutilized features into the fold, which is why I’ve stuck around. One of these features is away from keyboard (AFK) progression. Creating a proper AFK MMORPG isn’t easy though as a game needs to balance automated progression with an actual reason to play.

In Black Desert Online players can engage in a few activities that progress their character even while they’re AFK. The two most prominent of these are fishing and horse training, both of which can net significant sums of money. Earnings don’t match the results of active play but are a nice way for casual players to somewhat keep up. I really appreciate this progression that occurs while I’m doing other things. Horse training and breeding in particular has added a unique set of goals for me to accomplish. Without the AFK option, I wouldn’t have near the patience to try it out. I also enjoy that actually playing the game will net significantly more progression (in both money and levels) so the game isn’t purely playing itself. 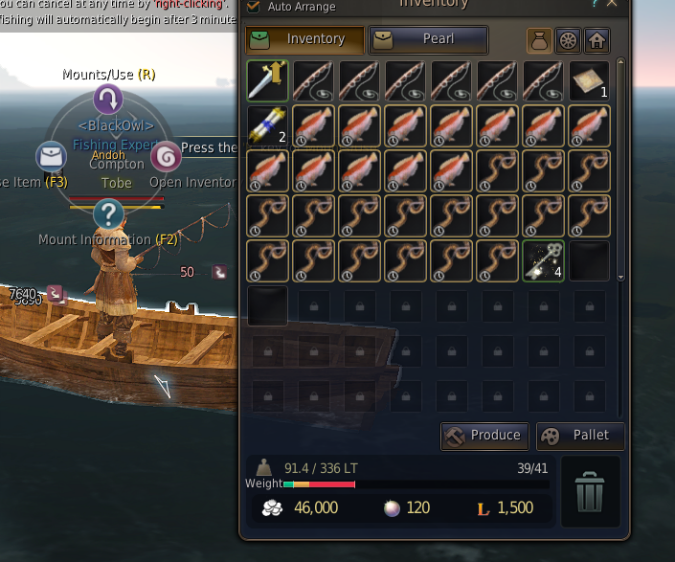 Unfortunately, Black Desert encourages players a little too strongly to stay online, even if doing nothing. Workers mining and chopping trees won’t repeat jobs if the the player isn’t online to play taskmaster. Regeneration of energy, which is used to craft goods, grinds to a halt while offline. In this aspect, Black Desert takes two steps forward and one step back and is my biggest pet peeve with the game. My computer has to be on and logged in 24/7 to make full use of AFK progression. That’s right – if I log out for any reason these AFK activities stop. Even worse, as someone who needs energy and employs tons of workers to gather raw materials, my crafting progression basically halts while offline.

Ideally, Black Desert would solve this by allowing players to set offline actions that would repeat until stopped for some reason such as getting killed or the server going down for maintenance. I don’t see that happening though and it’s definitely a negative for an otherwise unique take on AFK progression. Either way, Black Desert is far from the first to showcase its talents as an AFK MMORPG.

Eve Online started the whole AFK progression idea over a decade ago. Players learn skills in the game in real time (whether logged on or off). Every skill corresponds to the ability to do something cool in Eve Online. Everything from manufacturing to placing buy/sell orders to piloting capital ships requires some real time investment. It’s one of those core features that led to players dubbing it ‘spreadsheet simulator’. Planning out skills and timers became an integral part of progression in Eve Online. For the first several years of the game, skill training could not be queued so players would even set alarms to avoid wasted time. Luckily the dev team has since added skill queuing, but Eve is no less a numbers and planning game.

Crowfall is following Eve’s lead by making the bulk of character progression a real time, AFK affair. Crowfall does improve on Eve Online’s pure AFK skill training by allowing players to gain basic proficiency from playing. It will essentially act as a tutorial for gaining the basic concepts of a skill or archetype and skip a boring intro period gated by real time. Similar to Eve, the payoffs for earlier training will be much more efficient than later training. For example, In Eve Online the skill Gunnery would add +2% rate of fire per level regardless of if that level took 2 minutes or 2 days. Crowfall appears to be doing something similar. It means new players won’t fall too far behind and the game will reward exploring multiple play styles.

The point of Eve Online and Crowfall’s AFK progression system is twofold. First, hardcore players can’t get too far ahead because skills are limited by real world time. Second, without the need to ‘level up’ constantly the players are free to do what they want. However, MMORPGs need progression. Without progression in MMORPGs, players tend to leave. It’s one of the bigger criticisms of Guild Wars 2 (which, funny enough, was not an issue with its predecessor).

The form of progression in Eve Online is earning Isk, the game’s currency. It’s been a while since I’ve played Eve but I remember that being one of the most boring MMORPG experiences in my lifetime. Mining ore and killing NPC ships were the basic money making activities. Neither really kept me from falling asleep. I eventually started making money through market orders which improved the game, but also gave me less of a reason to actually play outside of occasional fleet battles.

Although the dev team for Crowfall has answered many questions about their vision, it’s unclear how the finished product will turn out when it comes to active progression. There seems to be many similarities with Eve Online in terms of gathering raw materials and killing weak monsters to build up. I’d rather see primary gains from things like pillaging enemy lands that encourage more enjoyable activities rather than building up to the fun. 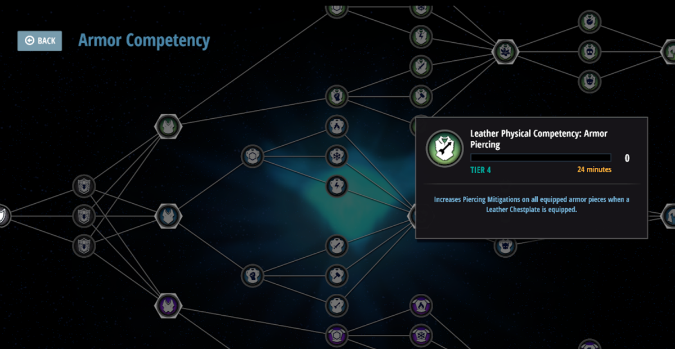 On the far end of the AFK progression spectrum are browser MMORPGs that fully embrace playing the game for you. MageRealm is a decently high production browser MMO. The main selling points of the game are delivering a full MMORPG experience with no download and automated combat/movement. Just tell your character where to go and what to do and the game will take care of the rest. Obviously this hinders the overall depth of the game quite a bit, but it allows casual players to keep up from work, home, or pretty much wherever. But if a game primarily plays itself, is there really any point to it?

I really do like AFK progression when it’s integrated well. That’s been done to some extent now but still leaves a lot to be desired. Ideally the perfect AFK progression and leveling system would meet these requirements:

AFK progression has its place in the MMORPG world, especially those where PvP is a focus. It allows for constant achievement and advancement despite real world scheduling conflicts. But creating a game that’s fun whether logged in or not? That’s a challenge I think developers have yet to fully overcome.