Pokemon Go is a huge hit. There’s no doubt about it. The mobile game sensation earned over $200 million in its first month of operation. Much of the game’s design and locations originate from developer Niantic’s first augmented reality title, Ingress. Real world locations act as key destinations for players to visit and interact with in both games. In Pokemon Go, these are gyms where players fight their Pokemon and Pokestops to collect resources. It seamlessly blends in with the real world and requires only a phone to see the virtual overlay. Pokemon Go boasts many similarities to MMOs so it got me thinking. Is Augmented Reality the Future of MMOs?

Few games integrate reality with core gameplay. Of those, only Ingress and Pokemon Go come close to the offering of a fully fledged MMO. It’s certainly a step forward in the evolution of mobile gaming though. Pokemon Go encompasses all of the basics of an MMO. There are tons of players who can interact directly and indirectly with one another. Players also gain levels in order to access more challenging content. None of app’s gameplay is very complex, which is no doubt a huge reason for its success. Anyone that can flick an object and tap a screen can play.

This simple gameplay has created an environment for friends of all skill levels to play with one another. Unlike MMOs that segment players by level, Pokemon Go’s augmented reality locations benefit everyone. Grouping doesn’t confer any direct benefits, but players can help other players by sharing locations of rare Pokemon, setting lures to increase Pokemon appearance, or capturing gyms to place Pokemon in. People playing Pokemon Go are often hard to miss so it also acts as a potential discussion opener. Like MMOs, this conversation is not always welcome, but there’s no doubting augmented reality offers a rich social component.

The freemium cash shop sells some nice incentives for purchasing real money currency without enraging free players (so far). It permits Pokemon Go to operate on the popular free to play model that’s allowed numerous MMOs to thrive, or at least survive. Finding MMOs that aren’t pay to win can be a rather difficult task. Pokemon Go might just be in a class of its own with its freemium model. There is some argument over whether Pokemon Go is pay to win, but the masses seem to have no problem with it. Ultimately, that’s what counts when it comes to future game development.

What augmented reality lacks compared to traditional MMOs is depth. The gameplay in Pokemon Go and Ingress can feel repetitive pretty quickly. The game revolves around a rotation of catching Pokemon, leveling up Pokemon (basically by catching more), and conquering gyms (to get resources to catch more Pokemon). Everything comes back to catching Pokemon and the faster one does that, the faster they progress. There’s only one real path so if it gets too worn, the player may not stick around. 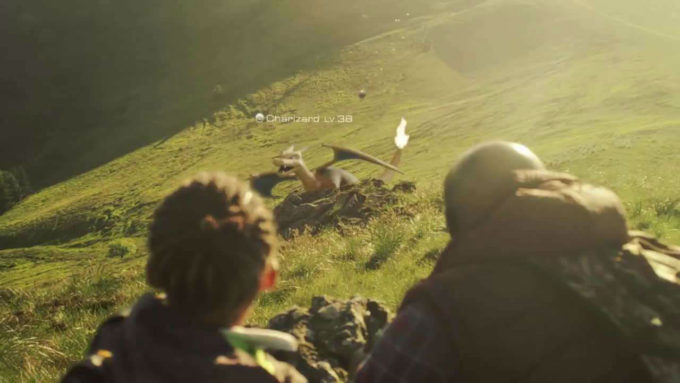 That’s not to say Pokemon Go is in danger of going extinct anytime soon. I do think we’ll see revenue taper off in the face of this repetition. Complete MMOs and even browser MMOs produce a wealth of content that could be enhanced via augmented reality. Imagine for a moment an MMORPG like World of Warcraft with it’s crafting, raiding, questing, and PvP. Now consider how much more engaging these activities would be with a real world tie in. The core mobile elements with deeper gameplay systems would be revolutionary. If only it were as easy as that.

Mobile bandwidth can really dampen the play experience. Pokemon Go ran into some serious server issues at launch and Niantic is still working on a consistent experience for its users. This is with relatively static, asynchronous content. If an augmented reality MMO developer wanted to introduce something more dynamic like PvP combat, lag alone would ruin it. Phones, especially in more rural areas, can’t always maintain consistent connections. Really, complex combat of any kind would limit any potential audience on a technical level alone. The bright side is that with 4G LTE, bandwidth is becoming less of an issue. Yet, connection consistency and speed is only half of the battle.

The attention span of mobile users is another serious hurdle for augmented reality MMOs. Pokemon Go is succeeding in large part due its pick up and play nature. The gameplay is easy for anyone to grasp and light enough to be rewarding with just a few minutes of play. By contrast, MMOs often ask players to commit to hour long sessions. That’s not a time commitment the majority of people are willing to make. Most would be Pokemon masters are transient passersby. On the flip side, several people can be seen playing at major Pokestops for hours on end. A potential augmented reality MMO would need to appeal to a range of play styles without blocking off content for more casual players.

It’s one thing to think that augmented reality MMOs are a possibility. It’s another to ask whether it’s something developers should consider. I think the answer is a resounding yes, for a few reasons. One is that grinding and leveling in even the best MMO can get repetitive. Real world tie-ins mask that. The social component of augmented reality games dwarfs any classic MMO. Face to face interaction is a healthy human interaction that can’t be replaced by emotes and voice chat.

I like that augmented reality games promote exercise. Spending too much time sitting on an MMO will damage one’s health eventually. It’s easier to feel less guilty when walking from place to place to accomplish anything. Finally, it’s good for businesses. Many retail stores are using Pokemon Go to spur sales. This interest by local establishments could be used to enhance the game with cooperative tie ins. Instead of a player-developer relationship, a third party enters the picture. This opens brand new doors for content interaction.

All in all, I feel that augmented reality MMOs are on the horizon. It’s a merging of genres that makes a lot of sense. That doesn’t mean we’ll see traditional MMOs and MMORPGs die out. Desktop and console gaming will always deliver more complex gameplay than a mobile phone. Still, Pokemon Go and Inress are just the kindling of augmented reality’s bright future.