To some, “solo MMO player” might sound like an oxymoron, but in reality, soloists make up one of the largest player groups in MMORPGs, and even people who do enjoy group play will usually end up playing solo some of the time.

Soloing MMOs used to be a hard road, but these days most games offer a wealth of solo content. Still, some are more welcoming of solo players than others. To be truly solo-friendly, an MMORPG must not only offer solo content, but also ensure that content is well-crafted and fulfilling, not just generic kill ten rats quests, and there must be meaningful rewards for solo play.

The different types of solo-friendly MMOs can be divided into a few broad tiers, so let’s take a look at what they are.

These are games that offer a wealth of solo content, but may still reserve the very best content and rewards for group play. 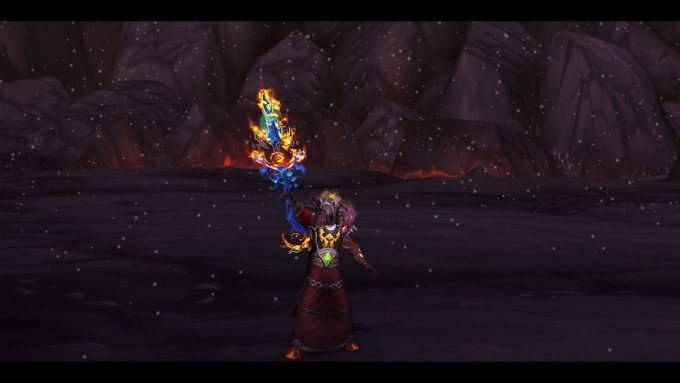 World of Warcraft is a game that definitely requires group play to get the most out of it — all the best rewards and most important story moments are found in dungeons and raids — but quick and effective group finders make them easily accessible to someone without a guild or a group of in-game friends.

The current Legion expansion has also added a great deal of fun and rewarding solo content in the form of class campaigns and world quests.

Overall, WoW’s a good choice for a “soft” soloist who prefers to play alone but isn’t totally opposed to grouping. Pure soloists may want to look elsewhere. 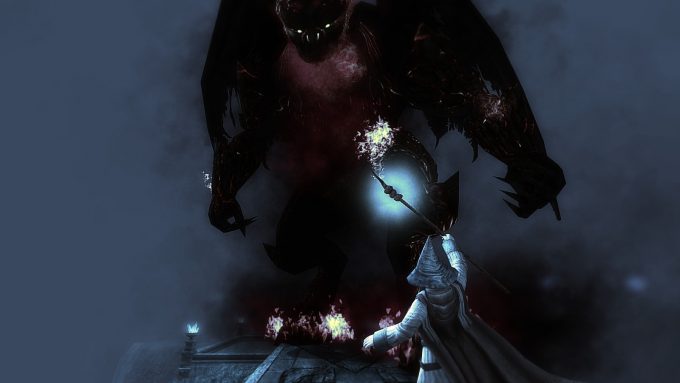 LotRO has no shortage of solo content, and the “epic story” of the game is quite solo-friendly. However, the quality of its side quests — which are necessary to level — tends to be fairly weak, and it does shift focus to a more raid-centric endgame once you’ve progressed far enough.

Trion’s MMO shooter has a strong focus on open world events and story-driven missions, both of which are quite approachable for the MMO soloist.

The strikes against Defiance from a solo player’s perspective would be that some of the best rewards are still locked behind group content, and that it can eventually become exceptionally grindy, which can tax the limited free time many solo players have.

These games have made solo players a priority and offer solid quantity and quality of solitary options. 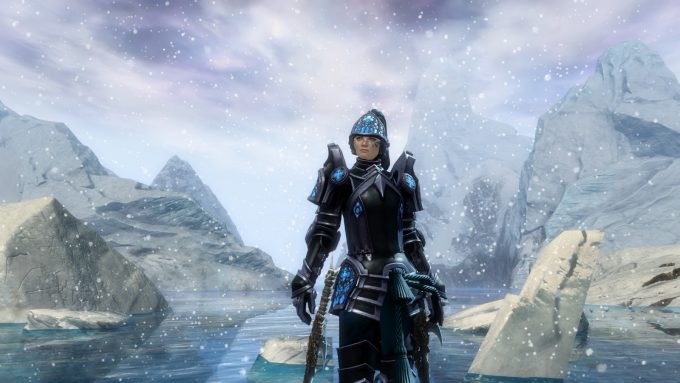 In the past, I would have considered Guild Wars 2 one of the best solo MMORPGs, but these days it’s not quite as welcoming to the soloist as it once was. Open world content has become more difficult and unforgiving, encouraging (though not requiring) the assistance of fellow players, and the endgame has shifted more toward high end raids and dungeons.

The majority of GW2 is still soloable, and you’ll still have a lot of fun content and satisfying rewards available to you, but it’s just not quite as flawlessly solo-friendly as it used to be. 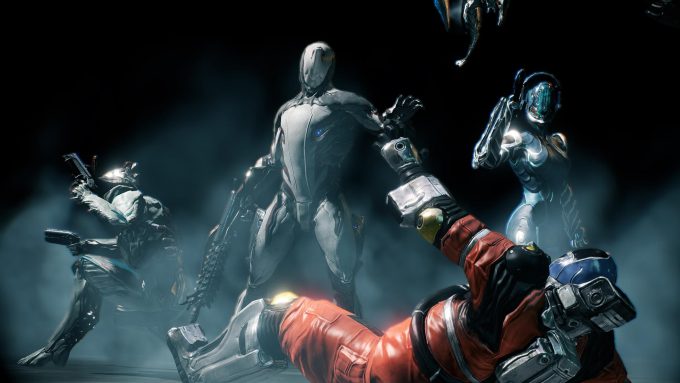 Recently I’ve been considering giving Warframe a try, and reading up on it, the consensus seems to be that you can do most anything in the game solo, but some things may be difficult, and you may require a specific build to do it. So it seems like a good choice for a solo player, but perhaps not quite an ideal choice. 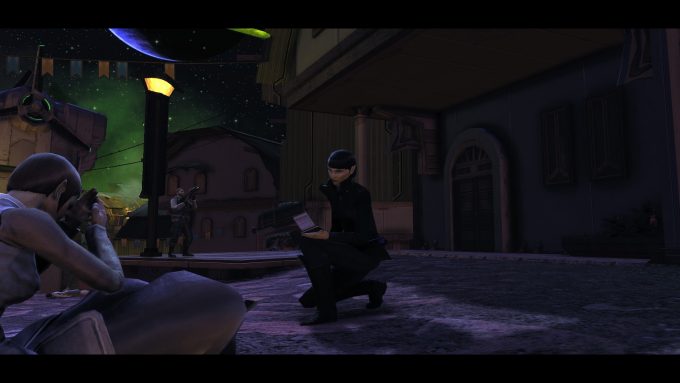 I’m going to lump Neverwinter, Star Trek Online, and Champions Online together because they all follow more or less the same formula. There’s an emphasis on solo story content, usually heavily instanced, and while the quests aren’t the best in the genre, they definitely are above average.

Endgame in Cryptic MMOs tends to be split between traditional dungeon content or PvP and more solo-friendly daily quest grinds. It’s not the most thrilling solo content in the world, but it’s there.

Of them all, I’d rate STO as the most solo-friendly. It has the most story-driven and overall best quest content of Cryptic’s library.

These are the crème de la crème of solo MMORPGs, where solo content is at least as fun and rewarding as any other option, if not more so. 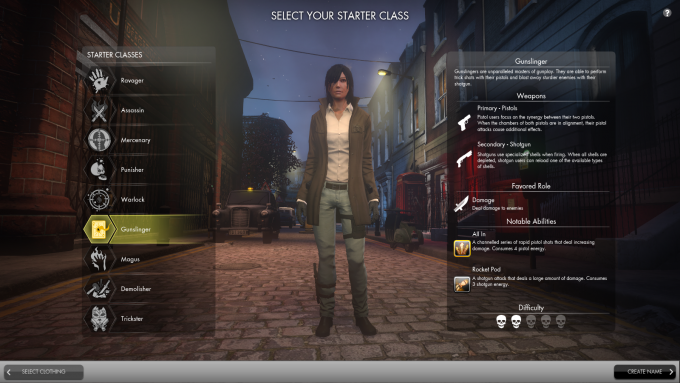 The Secret World was pretty much the pinnacle of the solo MMO experience, with impeccable mission design, purely optional group content, and an egalitarian endgame that allowed most anyone to get the best gear eventually.

I haven’t delved as deeply into Legends, but the general philosophy of the reboot seems to have been to move away from MMO mechanics, so if anything it should be even more welcoming to solo players (if that’s even possible). 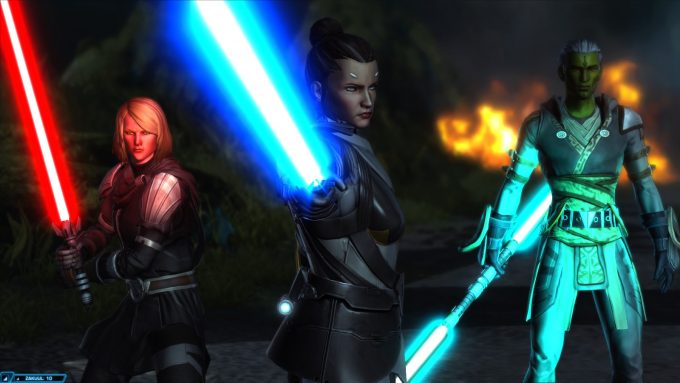 SWTOR does lose some points for having an endgame that still puts raids and dungeons at the top, but most would agree that the real attraction of the game is its story, and all of that is entirely soloable. Even if you only play the class stories, you’re still essentially getting eight high quality single-player RPGs for free… ish.

The endgame doesn’t entirely shut out the solo player, either. Most anything can grant you experience toward Galactic Command ranks, including soloable heroic missions and the like. 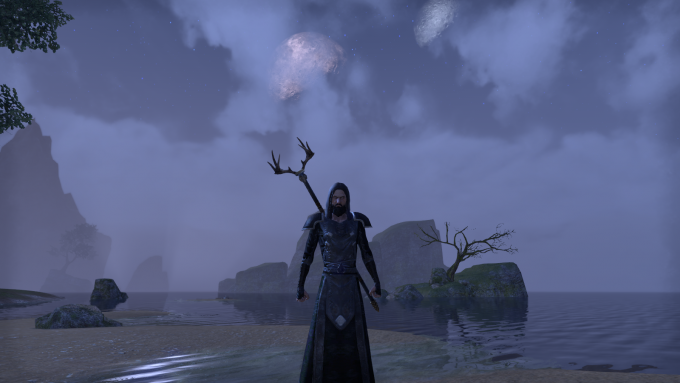 Like the other top tier solo MMOs, Elder Scrolls Online has a strong emphasis on story content, which can all be completed solo, and while the mechanics are not quite so unique as in Legends and the story not quite so powerful as in SWTOR, ESO’s questing is nonetheless a cut above what most other MMOs offer, and the sheer volume of it is staggering.

There are dungeons and raids, but they’re not at all essential to understanding the story, nor are they the only path to advancement at endgame. Crafting provides an effective, if somewhat grindy, path for solo players to achieve high-end gear, and any content will give you the XP needed for Champion Points.