PvE (Player vs. Environment) systems in MMORPGs are systematically all very similar. Obviously some games deliver more enjoyable challenges from artificial intelligence than others. Yet the core gameplay boils down to the same objective: kill bad guys and take their loot. On the other hand, PvP (Player vs. Player) in MMORPGs vary widely by objective, scope, and type. Which PvP system is the best for MMORPGs? To some extent, this depends on the game. Arena combat is a better fit for World of Warcraft than Eve Online. That doesn’t mean arena combat is better than Eve Online’s free-for-all PvP combat. People seeking a PvP MMO typically come to the table with a vision in mind. To me, the best PvP systems for MMORPGs coincide with the experiences people see in those visions.

In the spirit of competition that draws many to a seek an MMORPG with a good player vs player system, I’ll be eliminating one system at a time. By the end of this post, there will be only one. Highlander style is the best style, after all. This we learn at a young age. 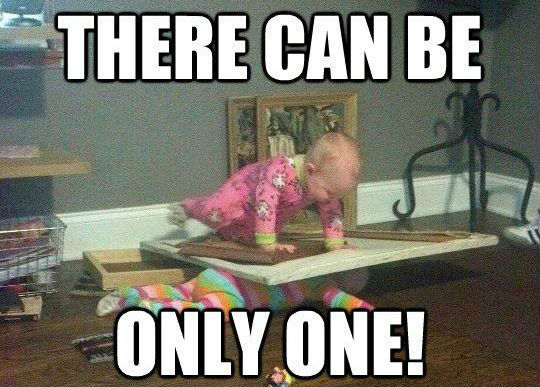 First on the chopping block is duels. It’s a fun time waster challenging friends to fight mano a mano, but that’s all it’s really good for. MMORPGs where duels are the highest form of player fighting are typically placed there as an afterthought. Blade and Soul is the only MMORPG where high end PvP is built around dueling. While it’s an improvement over dueling random folks in town, matches still tend to get repetitive. The problem with duels is that there’s not enough dynamic play for a strong PvP system. Strategies change depending on the class but not dramatically so. The player skill element arises from playing one’s class well, assuming gear is even and class balance on point. There’s not as much to react to compared to stronger 1v1 venues such as RTS games and CCGs.

Next has to be PvP battlegrounds. This PvP type caters to players looking for a quick, instanced PvP experience. Usually fighting in battlegrounds is incentivized with unique gear rewards. The problem is that battlegrounds are inherently casual experiences. People hop in by themselves or with small groups and just run around like headless chickens. There’s no sense of community here because the battlegrounds’ instanced nature changes who plays from match to match. There’s nothing really on the line and the lack of any pressure from a loss diminishes the PvP experience. The mentality going into battlegrounds then becomes grouping with the few people that care about teamwork and hoping for the best. There’s just too random many people in a battlegrounds fight to communicate effectively. Big PvP battles require coordination to get the most out of them, and that’s not something battlegrounds handle very well.

Battlegrounds and duels are weak PvP experiences so cutting them felt good. Arena PvP though can be pretty awesome, and it’s next on the list. In 3v3 and 5v5 matches (or even larger like the original Guild Wars), class dynamics really start to matter. Even 2v2 displays expertise greater than the sum of its parts. Teamwork is huge in the arena and World of Warcraft’s arena competition has shown how important player skill and class knowledge are on the big stage. What makes arena combat great is also what keeps it from rising to the heights of greatest PvP system. 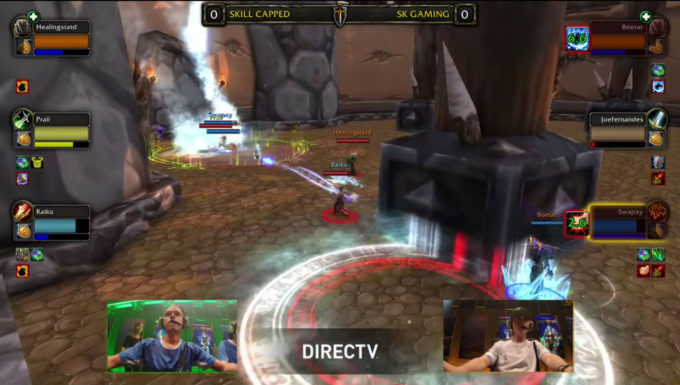 WoW’s PvP arena as an e-sport

The small group on small group battles requires everyone to be on their ‘A’ game to succeed. Not only can that be overly stressful at times, but it also significantly limits the audience that can participate. The people that play an MMORPG and can enjoy arena combat day in and day out are relatively few. Arena players instead typically gravitate towards MOBAs or arena shooters. So while arena type combat is enjoyable, it doesn’t mesh with the virtual worlds that are MMORPGs.

Open PvP systems allow players to kill each other with little to no restrictions. It creates a dangerous world, which fits in well with the games built around that concept. Open PvP can be full of lame griefing, but it can also create a unique atmosphere. To ensure that players can still enjoy the game, good developers will incentivize and discourage particular activities. This may include huge penalties for indiscriminate killing or major bonuses to joining a guild that necessitate ‘choosing a side’. What’s enjoyable about open PvP systems is simply the freedom that the game gives to the players. This creates wild stories, such as the ones that Eve Online is known for. The price of admission isn’t always worth it though, and that’s why it’s hard to rate as the best player fighting system.

I considered creating another heading for guild wars or territory wars but felt those played equal parts to the highest ranking forms of player vs. player combat. In a good open PvP system, players are encouraged to band together to survive and/or thrive. This isn’t just because there is safety in numbers, but because resources and territories can be controlled by large groups. Open systems without these type of objectives to fight over might even be a worse experience than only offering duels.

One other note: open PvP is generally exclusionary to other PvP types. You’ll notice that World of Warcraft, for example, uses all PvP systems on this list except for the open variety. That doesn’t necessarily mean WoW does all of these well. As noted earlier, Blade and Soul is built around duels. World of Warcraft includes dueling because it’s simple to do so, but it doesn’t add anything to the game. More on this in the next section.

What separates faction wars from the rest of the bunch is its perfect mix of approachability, coordination, teamwork, scale, and variety. Faction wars can cater to both big guilds and individuals, admittedly with different levels of success. Still, there’s a lot to be said about an involved faction war system. The best example of how to integrate this system into an MMORPG is Dark Age of Camelot. The Realm vs. Realm play in that game is legendary, bringing together thousands of players to assault other realms while defending their own. 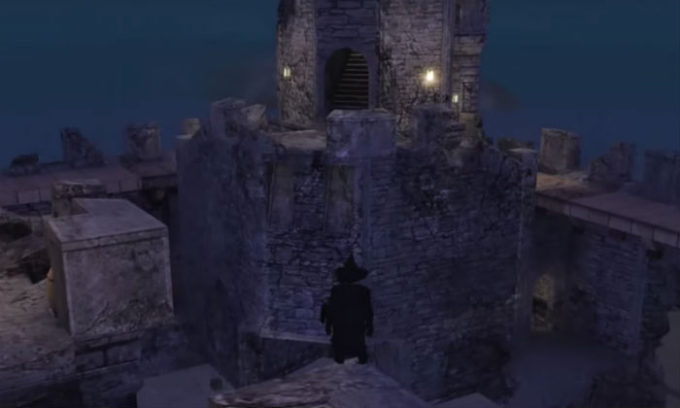 This castle could be yours!

The greatness of a factional PvP war system is that it essentially combines the best components of all of the above systems without any of the flaws. Like duels, individual skill matters, but there’s no shortage of variance. Unlike casual battlegrounds, faction players will see the same people assisting the realm. This camaraderie leads to trust which leads to coordination. Arena combat might be great for small groups, but it’s really only for the best of the best. On the flip side, any competent human can contribute positively to their faction. And finally, against open PvP, faction warfare still gives the thrill of big battles and potent enemies but with a safe zone to protect against uneven ganking/griefing. In factional PvP systems, help is almost always just around the corner.

As I alluded to in the open PvP section, listing factions and war as bullet point descriptions doesn’t make a true faction war MMORPG. Games like World of Warcraft and Star Wars: The Old Republic might meet the technical definition of a factional MMORPG. Yet, I would in no way consider these faction war MMOs. A proper faction PvP system is more than just telling players to pick a side and fight the other side when seen. Proper rewards and incentives must be given, which can be as simple as the World vs. World server ladder in Guild Wars 2 or as complex as the aforementioned Camelot. So don’t be fooled by fancy terms when seeking a new MMORPG. Look into the details of what that MMORPG experience offers to see if it truly is what it says it is.

If you’re not sure which of these suit you best, try looking at individual MMORPGs. This list of PvP MMOs should help out.