After years of waiting, NCsoft’s wuxia MMO Blade and Soul has at last landed on Western shores. After all this time, was it worth the wait? Read on for our initial impressions of this free to play MMORPG.

Blade and Soul does not leave the best impression out of the gate.

I was a little put-off as early as character creation. The character models, at least for females, are bizarre, to say the least. It’s not even that they’re over-sexualized, although they are. They’re these bizarre, disproportionate horrors from the darkest depths of the uncanny valley.

Thankfully, Blade and Soul’s character creator offers a dizzying variety of options — almost as many as Aion — so with some effort, I was able to create a character that somewhat resembles a person.

I was then dumped into a very lengthy and somewhat tedious tutorial experience. It wasn’t as bad as Final Fantasy XIV’s glacial intro, but it definitely took a lot longer than it needed to, even considering that Blade and Soul’s mechanics are a little different from that of the average MMORPG and thus probably need a little more explanation.

The problem is that the tutorial is very story-driven. It sets up the main storyline that you will follow through the game, so it’s very heavy on cutscenes and dialogue. Which would be fine if the story was interesting, but it isn’t.

The plot is thin, the twists are obviously telegraphed, none of the characters are around long enough for you to care about them, and the voice acting ranges from mediocre to cringe-inducingly amateurish.

To be fair, Blade and Soul is clearly taking a lot of inspiration from anime, manga, and old kung fu movies, and if you’re a big fan of those genres, Blade and Soul’s story will probably hold a lot more appeal. I can certainly see some people enjoying it in a “so bad it’s good” kind of way. But the story left me cold, and frankly, even if camp was the goal, they probably could have done a better job. 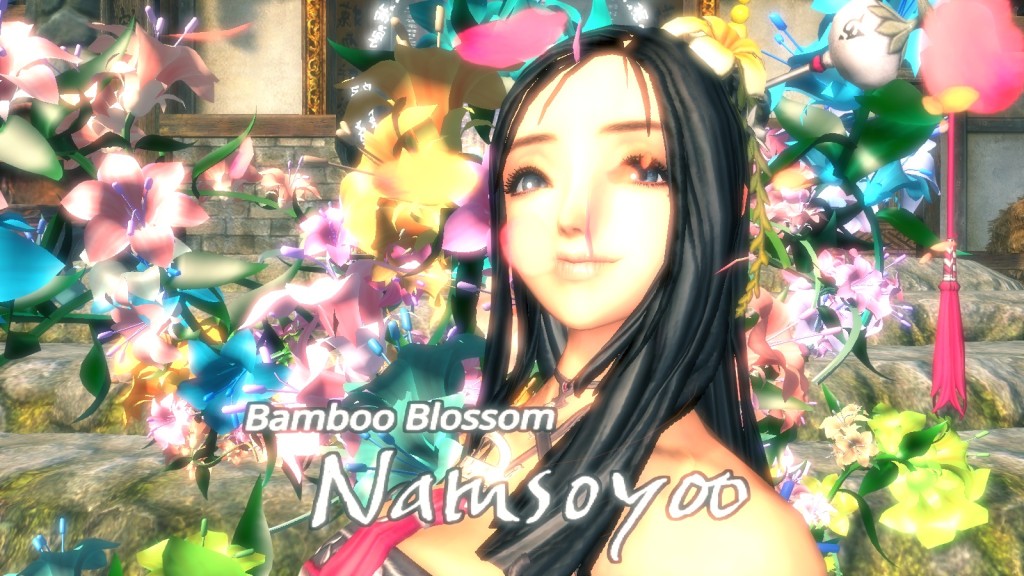 Thankfully, once I left the tutorial behind, my experience with Blade and Soul improved somewhat.

One of the main selling points of Blade and Soul is its intense action combat, which places a high emphasis on using abilities in combos for maximum effect.

The main thing I found to separate Blade and Soul’s combat from that of, say, TERA is how much interaction you have with enemies, for lack of a better term.

Even in action combat games, there’s sometimes a certain stilted to nature to combat. Your enemy stands there and does its thing, and you stand here and do your thing. You dodge telegraphs or block attacks from time to time, but it can still feel a little wrote.

In Blade and Soul, combat flows more organically, with more back and forth. For example, blocking and countering enemy attacks is a crucial part of play. This is similar to using interrupts in any other MMO, but rather than a niche tool against spellcasters, it’s a crucial part of every fight, offering both offensive and defensive benefits.

What you can do to enemies also extends far beyond the usual “they play a standard hit animation when your attack connects.” For example, as an occasional viewer of mixed martial arts, I was delighted to find my kung fu master in Blade and Soul had the ability to grapple and “ground and pound” enemies. There’s a tremendous satisfaction to throwing an enemy to the ground, leaping atop them, and beating them into submission.

And yes, it does work on other players. 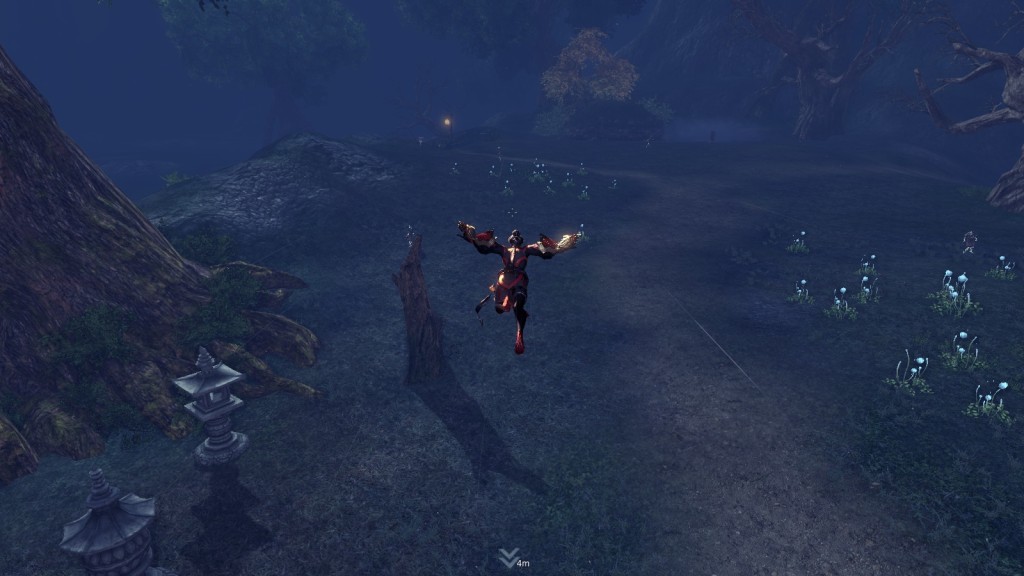 The other thing I enjoyed about Blade and Soul is its movement system. Rather than a traditional mount system, players get around through sprinting at superhuman speed and performing acrobatic leaps and glides.

I like systems like this so much more than mounts. It’s far more interactive, and just fun, than a passive movement buff in the form of a horse with absurd armor.

The only problem with the movement is how limited it is. You run out of stamina very quickly — though I assume that improves as you level — and the maps are so tiny that there’s no potential for exploration. It’s so fun to move, but you have few places to go.

Put a movement system like this is a game like Guild Wars 2 or World of Warcraft, and I could waste countless hours just running, leaping, and gliding around. The environments in Blade and Soul are very pretty — I love the vibrant colors — but they’re terribly claustrophobic, and that sucks some of the fun out.

Your technique is flawed:

There are a lot of things about Blade and Soul that are odd. Not necessarily bad, but odd.

Acquiring and upgrading gear is an unusual process. Sometimes you’ll get items normally as drops or as quest rewards, but other times you’ll get tokens to use at gambling terminals for random items. 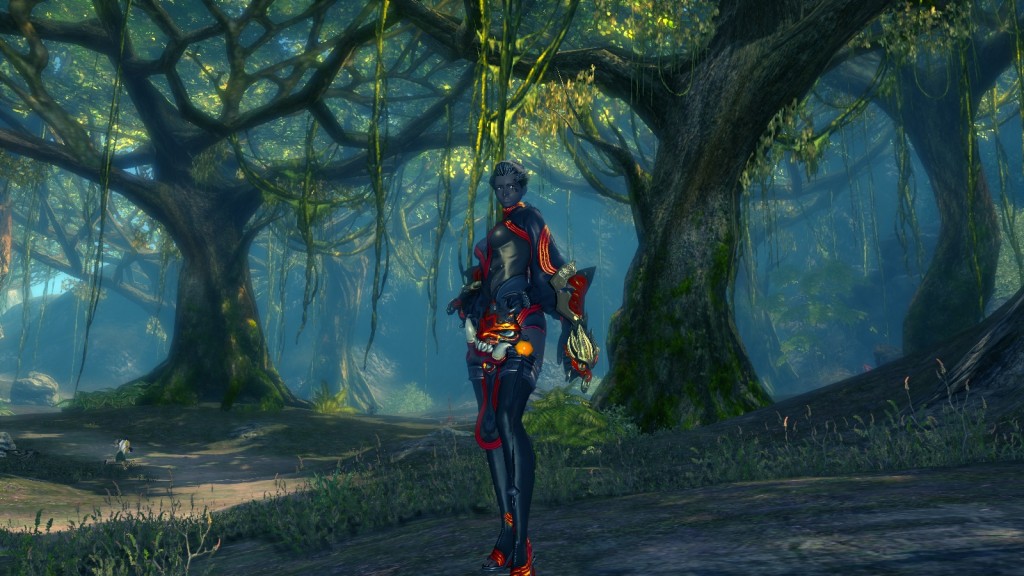 Once you get an item, it needs to be “unsealed” by a special item before you can wield it. It smells like a monetization scheme, but to be fair, I always had plenty of unsealing charms just by playing the game.

On the whole, Blade and Soul’s cash shop was a fair bit less heavy-handed than I expected. I’ve definitely seen better free to play implementations —  there’s still some exchange of cash for power here — but on the whole it’s not half bad.

Back to the oddities of gearing, some items can be upgraded, essentially leveling with you, by sacrificing similar items and/or special upgrade tokens. In theory, I love this. I’ve always felt MMOs treat gear as entirely too disposable, and I’m thrilled by the idea that the weapon I started the game with could stick with me through leveling and into endgame.

The implementation is imperfect, though. Upgrading past certain points requires very specific items, and getting a hold of the exact item you need can be a real headache. It’s not an insurmountable challenge, but it’s more trouble than it needs to be, and it erases the value of item upgrading as an insurance against bad luck.

Similarly, Blade and Soul’s daily log-in rewards are a strange beast. Rather than specific rewards for each, you progress down a gameboard, unlocking goodies as you go. There’s no real gameplay, though — your progress is entirely random. It’s nicely flashy, but I think it’d get old fast. I’d rather just have clearly defined rewards, myself.

Moving on to multiplayer content, I did not find dungeons in Blade and Soul a terribly pleasant experience. 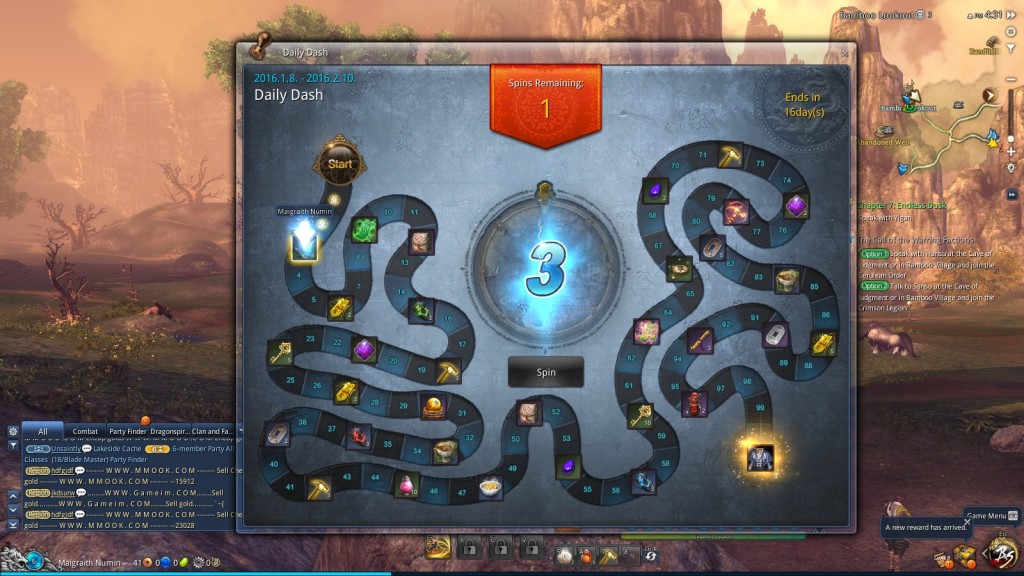 Blade and Soul lacks the traditional trinity of group roles, but it’s not clear from the perspective of a new player what, if anything, replaces it, and I found the dungeon runs I participated in to be mindless, rushed zergs.

Blade and Soul also requires players to bid on item drops in an auction against the rest of the party, which wins the award for the absolute worst loot distribution scheme I’ve ever seen. It’s all the fun of having to pay for loot you’ve already earned plus the social tension of competing against your allies.

PvP is a bit more interesting, though still a bit rough.

Blade and Soul is the only MMO I’ve seen that focuses its PvP on one-versus-one competition. Lots of games have duels, but it’s always some irrelevant side feature. Here, it’s the main course.

Levels and stats are also normalized in PvP, making it entirely skill-based. However, it does suffer from a common problem of MMO PvP: an excess of crowd control. I spent entirely too much time in each duel stunned, rooted, and otherwise not able to fight back.

On the whole, Blade and Soul’s PvP matches are incredibly intense, frenetic, and challenging. I can see some players adoring them, and others being totally frustrated. I fell closer to the latter category myself, but I do admire them for doing something different.

Is it worth it?

To be honest, I was disappointed by Blade and Soul. It’s mechanically solid, but a lot of odd decisions and underdeveloped areas make it feel somewhat flat, and even the strong combat isn’t enough to make it a memorable title, in my view. Yes, the combat is very good, but these days MMOs with good combat are much more common than they used to be, and Blade and Soul’s combat isn’t that far ahead of, say, Skyforge‘s or Neverwinter‘s.

Still, it’s probably worth a look if you’re hungry for some challenging one-on-one PvP or you’re a big fan of cheesy kung fu movies.

One thought on “Blade and Soul First Impressions”