This year’s BlizzCon had a lot of good news, but there was also a lot about it that disappointed me. In particular I was saddened by the continued lack of an expansion for Diablo III. Yes, some updates are planned, but they’re mostly pretty small, and they do nothing to expand the story. 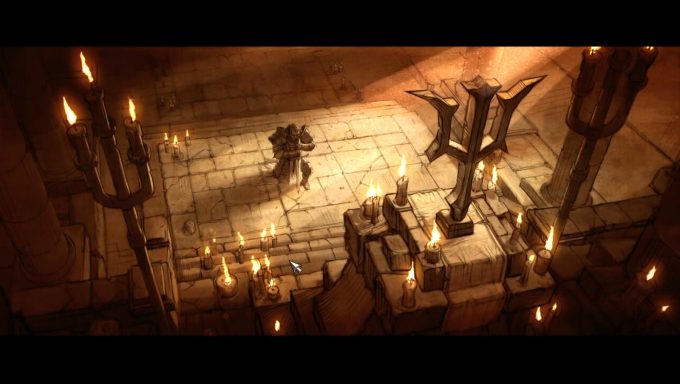 That combined with other recent developments has planted a disquieting thought in my mind: Could Blizzard be giving up on narrative in its games altogether?

The shift away from story:

Up until quite recently, story was a pillar of every Blizzard game for the past two decades. All of the older Warcraft, StarCraft, and Diablo games featured extensive story-driven campaigns, without exception.

Now, in the space of a few short years, we’ve reached a point where fully half of Blizzard’s current catalogue has no in-game story to speak of.

In some cases this isn’t a bad thing. I don’t think anyone really expects a single-player campaign for Hearthstone or Heroes of the Storm. They’re silly games meant to deliver fun and exciting gameplay, and nothing else.

And that’s fine. Not every game needs to be some narrative-driven work of art. There is a place for games that are purely mechanical.

But then you get to Overwatch, and that’s more worrisome. Like Heroes and Hearthstone, it lacks any kind of story content, but unlike those games, it has lots of potential for a good story. That potential is simply being ignored.

Hearthstone is just a spin-off of Warcraft, so it’s backstory has already been fully fleshed out, and Heroes is just a ridiculous “what if” scenario throwing together random elements of Blizzard’s other games. Overwatch, though, has a pretty rich world, a detailed backstory, and some interesting characters, but none of this is leveraged by the game itself. 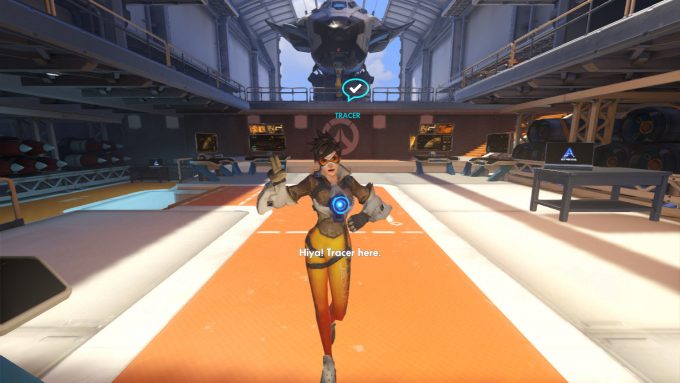 Overwatch has all the right ingredients to provide a fantastic narrative experience, but for whatever reason Blizzard doesn’t seem to want to try.

And now it seems like even Blizzard’s older franchises are beginning to leave story by the wayside.

Everyone has spent the last few years expecting a second expansion to Diablo III, but now it’s looking like that might never happen. There are some updates planned, but they won’t do much to advance the story.

This is despite the fact that the ending to the previous expansion, Reaper of Souls, left the story very clearly unfinished. Both the main storyline of the world and many of the characters’ personal stories have been left obviously unfinished. As with Overwatch, there’s plenty of potential for story here; that potential is simply being left to wither on the vine.

And then there’s the news that StarCraft II will not be producing any more mission packs following the conclusion of the Covert Ops storyline later this month — or at least not for the foreseeable future.

At least in this case there isn’t a pressing need for more story content in StarCraft. There’s definitely potential for more stories within the universe — I’d been hoping for some mission packs around Selendis and Alexei Stukov, myself — but after three massive campaigns and a fairly substantive DLC in the form of Covert Ops, you definitely can’t argue StarCraft’s story fans haven’t gotten their due.

The lack of new mission packs for SC2 is mildly disappointing, but it’s not the sort of thing I’d get too worked up about under other circumstances. It’s only when viewed in the context of a potential shift away from story for the company as a whole that it becomes worrying. 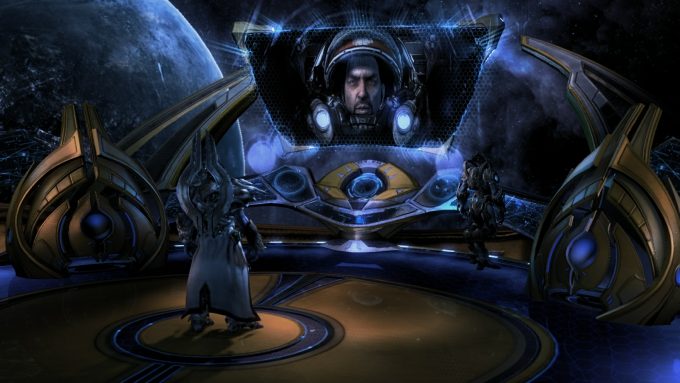 And then there’s the recent retirement of Chris Metzen to consider. Metzen was the main creative force behind the worlds and stories of every Blizzard game since the early days of the Warcraft strategy games. Blizzard has other writers, and of course the company can continue to produce good stories without him, but I worry his departure might signal a culture shift in the company.

Metzen, so far as I can tell, was the main voice within Blizzard that argued in favor of the importance of lore and narrative. In fact I seem to recall hearing he’d wanted to do a story mode for Overwatch but had been voted down.

Now, I don’t think Metzen quit because he disagreed with the direction of the company, or he was forced out, or anything like that. I’m not that paranoid. But with Metzen gone, I have to wonder how much desire for story there is within Blizzard. Who is left to argue for its importance?

Individually, these things might not be a great cause for concern, but together they seem to form a pattern, and that pattern worries me.

Blizzard is still telling stories… but increasingly it seems to be happening outside of their games.

StarCraft just launched a new tie-in novel, Timothy Zahn’s Evolution, and Overwatch has been putting out a steady stream of tie-in content, from digital comics to animated shorts to the upcoming First Strike graphic novel.

I enjoy tie-ins like this — I fully intend to pick up Evolution. But it’s not the same as actual in-game stories. It’s not quite so satisfying. This is especially true for Overwatch. Normally tie-ins like this are meant to supplement the main story, which happens in-game, but when the entire story takes place outside the game, it feels thin and scattered. 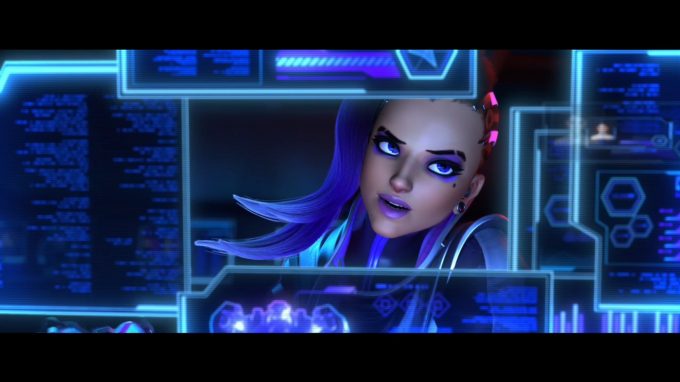 With the way things are going, one could even envision a future where all of Blizzard’s story-telling takes place outside its games, and I think we can all agree that would be a pretty weird situation for a video game company.

Of course, the elephant in the room — as is often the case — is World of Warcraft. There’s no evidence at all that WoW is moving away from telling stories in-game. Quite the opposite, in fact. Legion is probably the most story-driven expansion to date.

But it’s possible that the shift away from narrative simply hasn’t begun to affect Warcraft yet, or that WoW is a legacy of an older version of Blizzard and will continue on as it has out of a sense of tradition, even as the rest of the company’s games abandon in-game stories.

It’s also possible that I am seeing patterns where none exist, and that this entire post is nothing but paranoid nonsense. I remain open to that possibility.

Why it all matters:

“If the gameplay is good, the story doesn’t matter” is an attitude you’ll see a lot of in the gaming community. A lot of people view plot in gaming as an optional frill, nice to have at but hardly essential. That can be true for some people and some games, but I think the importance of a good story is often greatly overlooked within gaming.

You would be surprised how many people I’ve talked to who stopped playing World of Warcraft after Wrath of the Lich King purely because Arthas was dead, and his was the story they cared about. With him gone, they lost their investiture in the game world and simply moved on. 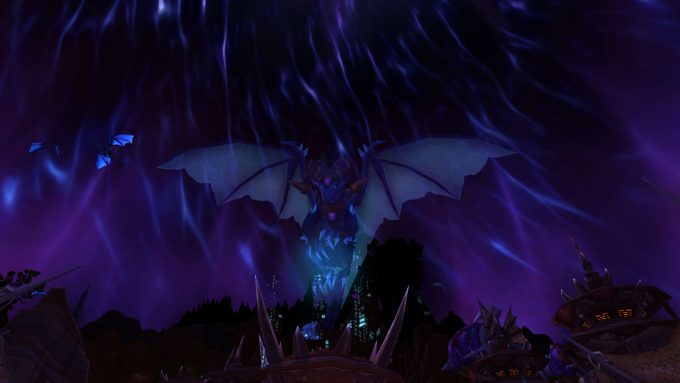 Overwatch has been a big success despite its lack of narrative, but one has to wonder how much bigger it could have been if it had also appealed to story fans. I know it lost my patronage by focusing purely on PvP.

You can cite plenty of other examples of games that succeeded with little or no story, but then again I can also think of more than a few games that succeeded entirely based on the strength of their narrative. You’d hard-pressed to find much praise for the gameplay of the original Mass Effect, yet it’s still considered a classic. We’re even starting to see an increased demand for games that focus entirely on story with little or no gameplay to speak of, such as the much-praised Life Is Strange.

Personally, I’ve never been a huge of fan of the core gameplay of World of Warcraft. It is at best adequate. More than anything else, it’s my love for the world of Azeroth that always keeps me coming back. And this is far from the only time I’ve invested in a game despite lukewarm feelings toward its game mechanics.

Over the past twenty years, Blizzard has built some incredibly deep and vibrant worlds, full of beloved characters and memorable stories. That is a powerful resource, and it would be tremendously wasteful not to capitalize on it.

Blizzard is too much of a juggernaut for the loss of story to be a serious threat to its financial success, but that doesn’t mean they have nothing to lose if they leave narrative behind. I’m sure I’m not the only one who will find other games to play if they give up on plot entirely, and putting aside more practical considerations, games lose something special without story. I know I’m going to remember Arthas’ fall a lot longer than that time I got off a good gank in Heroes of the Storm.

2 thoughts on “Is Blizzard Moving Away from Narrative?”