Back in September, I discussed how I was worried about WoW’s future direction, despite a relatively strong start to the Legion expansion. Now BlizzCon has given us a glimpse of what the future holds for WoW — at least over the next several months — and while my worries haven’t been entirely dispelled, the road ahead is looking quite promising.

BlizzCon offered all sorts of juicy details on Legion’s next major content patch, 7.2, but in addition to the wealth of new content you’d expect from a large WoW patch, there are a few particular changes and additions that stand out as indicative of a change for direction for the better.

One of my biggest complaints about Legion to date is how it’s handled five-man content. Blizzard sold this as an expansion that would finally give dungeons their due after being neglected for years, that they would be a viable alternative to raiding.

Instead, what we’ve gotten is a situation where dungeons are pretty much turning into raids, only with fewer people. Two of the dungeons released at launch, the Arcway and Court of Stars, were limited to mythic difficulty and locked out of the dungeon finder.

Matters escalated with the announcement of the new five-man version of Burning Crusade’s Karazhan, a massive nine-boss mythic-only dungeon. In Karazhan the apparent effort to make dungeons exactly like raids reached its peak. Long, difficult, inaccessible, and time-consuming, Karazhan was intended to be progressed through over many days, and it was essentially out of reach for the sort of casual players who tend to be dungeon fans.

In patch 7.2, however, all this will change. Karazhan will no longer be mythic only, but gain a heroic mode that can be queued for via the dungeon finder. To make it more manageable for those with limited schedules, the dungeon’s heroic version will be divided into two wings that players can tackle separately.

Karazhan isn’t the only dungeon getting love, either. Both Arcway and Court of Stars will become join the dungeon finder, allowing players to queue for groups normally rather than relying on pre-established groups or endure the often toxic environment of player-made PUGs. While I haven’t heard it said in so many words, I assume this means Arcway and Court of Stars will gain heroic modes, while the mythic versions remain non-queue content. 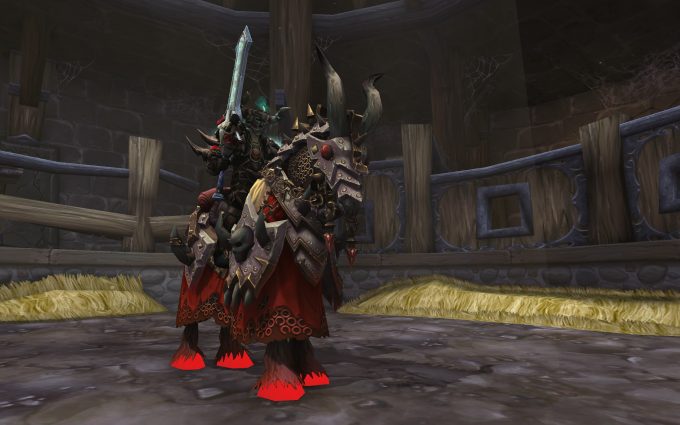 I haven’t heard any news about the attunement quests for Karazhan and the others, but I would assume they’ll no longer be a requirement come 7.2, at least for the heroic modes. It wouldn’t make any sense to make these things so much more accessible in every other way but maintain one major barrier to entry.

There’s also a new dungeon coming in 7.2, the Cathedral of Eternal Night within the Tomb of Sargeras, and it’s stated to be launching with normal, heroic, and mythic difficulties, making it a good choice for players of all stripes.

This is a huge course correction for Blizzard’s dungeon design in Legion, and it’s very encouraging to see. I had despaired of Blizzard’s ability to learn from their mistakes, but here they clearly have, and quickly, too. Of course, 7.2 likely won’t launch for several months yet, but by Blizzard’s glacial standards, this is a remarkably fast change.

The issue of player flight has been a storm cloud hanging over World of Warcraft since Warlords of Draenor. This endless source of drama has not been entirely resolved by the announcements for 7.2 , but at least progress is being made.

Flight has been confirmed to return in 7.2 for those who have completed both the currently available Broken Isles Pathfinder achievement, and its second half, which will arrive with 7.2.

We don’t know exactly what the second Pathfinder achievement will entail, but it will focus on 7.2’s new outdoor content. I’m expecting it to center on a great deal of rep grinding for the patch’s new faction, Legionfall. Having been pretty burnt out by the Suramar grind, I’m not really looking forward to that. 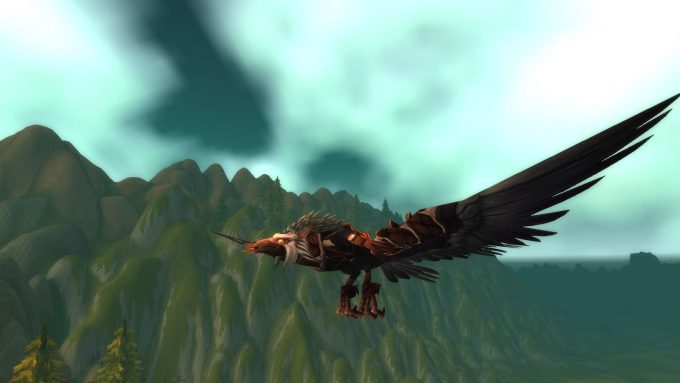 But at least we now have a clear picture of when we’re getting flying back. They’re not going to just string us along endlessly with vague non-answers as they did back in Warlords of Draenor.

It’s also heartening to know they won’t be waiting until the end of the expansion to give us the use of our flying mounts back — 7.2 has already been confirmed not to be the final major patch.

I still think restricting flight in the first place is a spectacularly wrong-headed move, and I still resent the grind needed to unlock it, but all things considered, things could have been much worse. Blizzard has at least learned there are limits to how far they can stretch our patience.

It’s a small thing, but one other thing I found heartening in the announcements was the news that the new artifact appearances in 7.2 will come not from the group content or even from the new reputation grind, but from challenging solo scenarios tailored to your specialization.

I feel strongly that rewards should be based more on skill than on grinding, so having a prestige reward that is purely skill-based is good news, but what’s even more encouraging is that some love is being shown for solo players.

Soloists have generally not gotten a lot of attention from Blizzard, and even when they do, it’s usually in the form of mindless grinding with poor rewards. That they’re getting something challenging with meaningful rewards is a welcome change of pace. 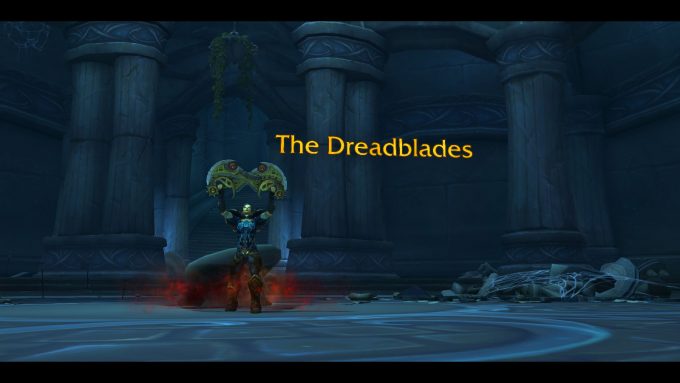 This further strengthens the impression that the developers are trying to offer something for all playstyles in 7.2, something they’ve traditionally done a very poor job of.

What does this tell us?

A few months ago I was saying that Blizzard hadn’t learned from their mistakes, that they were still relying on faulty philosophies that would likely lead to another disaster like Warlords of Draenor sooner or later.

Now it’s looking like they might be turning things around after all —  at least a little. Their course change on dungeons is very encouraging, and bringing flight back sooner rather than later is… better than the alternative, anyway.

This isn’t quite the mea culpa I’d like to see, but it does show humility and a willingness to change. That’s encouraging.