I’ve been thinking about endings lately. About how and if MMOs can end. I’m not talking about when games shut down — or at least not entirely — but about the stories within MMOs, and whether they can ever be given satisfying conclusions. 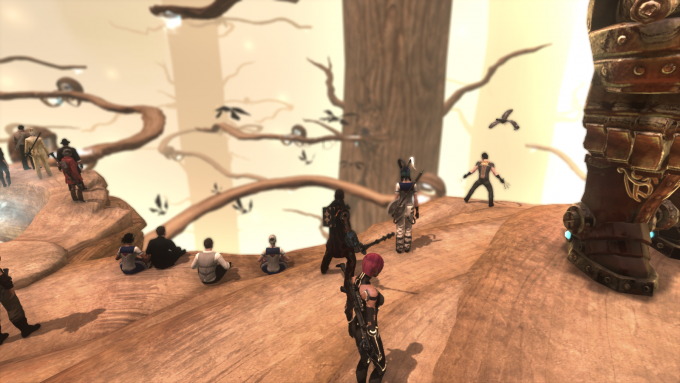 This is a complex topic, so let me explain.

The Rock and the Hard Place

Although MMORPGs are not often thought of as a particularly narrative-driven genre, story is nonetheless a fairly essential part of the MMO experience — or at least the themepark MMO experience, anyway. It’s what steers the direction of the game and gives what we do a sense of purpose.

Even if you’re not the sort of person to delve deeply into lore, most would agree that it’s more interesting to fight the traitor Arthas Menethil atop the Frozen Throne than it is to fight Raid Boss #3.3.12 in a gray box.

So story is important, but MMOs are unusual in that they are meant to be continuous. There isn’t the same beginning, middle, and end structure. That persistence is a large part of what makes MMOs appealing, but it’s a double-edged sword, because it cuts out something terribly important to any good story: the end.

To see how important endings are, look at Mass Effect 3. This is a game almost universally reviled, and that’s purely on the basis of its ending. I vehemently disagree with the criticism of ME3’s ending, actually, but that’s a discussion for elsewhere, and either way it illustrates how much an ending colors people’s perceptions of a story.

The trouble with MMOs is that their entire point is to not end, so the story just forges ahead endlessly. This usually results in one of two things, and neither is desirable.

The first is the game sunsets and shuts down entirely. Since no one plans to lose their job, the developers will be unprepared for this, and the story will either end unfinished or be given an ending that’s far too rushed. 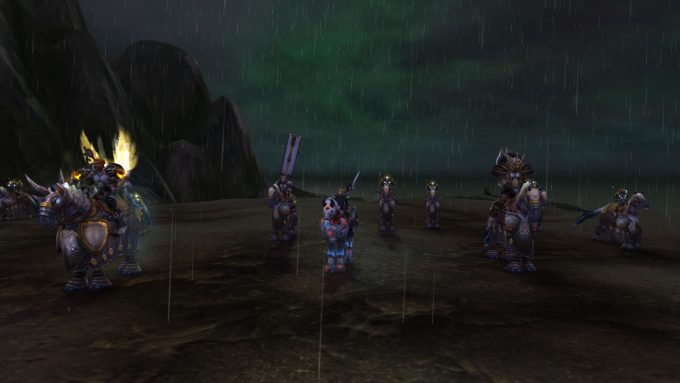 The other is that a game just keeps going on and on, and inevitably, this is going to take a toll on its story-telling. I’m sure we can all think of one or two TV shows that ran for too long and stretched the story past its breaking point. This is no different. A story you love going on forever is one of those things that sounds great until you achieve it, and then you realize that no story can remain compelling forever.

But what can be done? Can MMOs ever truly achieve satisfactory endings?

MMOs are, in the end, businesses, and while I do think many developers also care about the artistic side of things, the fact remains that choosing to end a profitable game based purely on artistic integrity is going to be a hard sell, to put it mildly.

Perhaps it is then up to the players to choose their own ending, to simply stop playing whenever they reach what they feel could be a satisfying conclusion to the story. You’d be surprised how many people stopped playing World of Warcraft after Wrath of the Lich King simply because the Lich King’s story was what they cared about, and with it done, they no longer had any investment.

That’s not an ideal solution, though. It can be hard to judge when the right moment to leave is. I know a lot of those people who quit after Wrath missed out on some of WoW’s best story-telling by not playing expansions like Legion and Mists of Pandaria. And it can be hard to make a clean break, especially if you still have friends in the game.

There are some examples of developers delivering true endings to their MMO’s story, but they’re few and far between. The original Guild Wars comes to mind, but it ceased new development largely to make way for its sequel, so I’m not sure that’s really an ending per se.

One other example is Final Fantasy XI, which as I understand it did try to deliver a conclusion to its story before entering maintenance mode. Unfortunately I’ve never played that game, and as an old title with a small community, it’s hard to find a lot of information about it, so I’m not sure exactly how that panned out. Did it wrap up every loose end, or was it simply an end to content updates rather than a true conclusion of the story?

That’s a rare case, too. Square Enix is a very successful company with another popular MMO under its belt. Few have the resources to give a proper send-off to an aging game like that.

The one other option I see is to wrap up the big storyline of a game, then continue with smaller, more minor story quests for so long as the game persists.

There is actually a recent example of this. Lord of the Rings Online was a game whose story had a clear conclusion: the destruction of the One Ring. I honestly thought they’d keep procrastinating about getting to that forever, but now with the recent Mordor expansion, the Ring’s journey has finally ended, yet the game persists, now forging new ground as it deals with the aftermath of the War of the Ring.

This seems like an excellent idea to me, but again I do not play LotRO, so I can’t speak with authority on how well it’s worked out. I like the idea, at least.

I’m not sure this would work for every game, though. World of Warcraft defines itself by being as bombastic and epic as possible. Abandoning major threats for smaller stories of character and culture just wouldn’t quite work there. It may instead be doomed to continue on until it becomes totally ridiculous (some might argue it’s already there).

This is another situation that lacks an easy solution.

How would you give closure to MMO stories, and do you have any examples of it being done well?