When World of Warcraft achieved a heretofore unknown level of success for an MMORPG, everyone and their monkey wanted a piece of the action. As a result, the MMO industry experienced a long stretch where nearly every big name release sought to copy most of the core mechanics of Blizzard’s juggernaut. 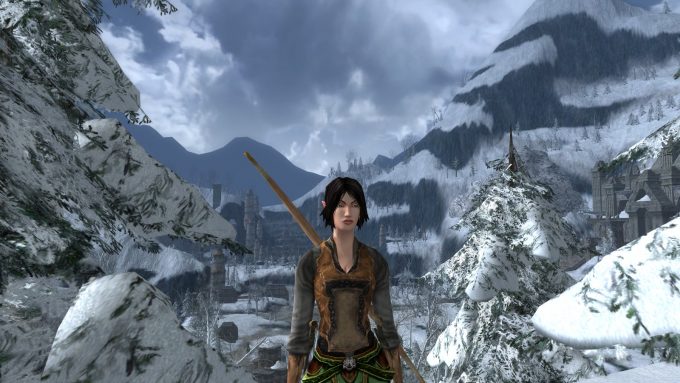 “WoW clones,” they were dubbed, and while fans often rankle when the term is applied to their favorite game, more often than not the shoe fits. Sure, most of them had some special twist to the formula that they shouted from the rooftops in an attempt to stand out, but at their core they embodied the same core formula. Tab target combat, copious but simple quests, and an endgame focused on instanced PvE.

The years passed, and eventually the procession of new WoW clones slowed down. Nowadays MMOs aren’t as afraid to forge their own paths. But most of the bigger WoW clones are still chugging along. Now that the fad is passed, it may be interesting to look at how these games have fared over the years, and whether they’ve stuck to their WoW clone guns or started to establish identities of their own.

I don’t know about you, but personally, when I hear “WoW clone,” Rift is always the first game that comes to mind.

Nearly everything about Rift, from its game mechanics to its setting, seemed copied directly from World of Warcraft, and all this was thrown into a starker light by the masterfully if unintentionally ironic “We’re not in Azeroth anymore” marketing campaign.

Its soul system, which allows you to essentially build your own class, and dynamic events gave it a bit of a twist, but in the end it still looked like a game that had been separated from WoW at birth.

But I should not be too harsh to Rift. What it lacks in originality it usually makes up for with polish. I have always found Rift to have incredibly solid mechanics and an almost overwhelming amount of content. If you’re going to do a WoW clone, this is the way to do it. 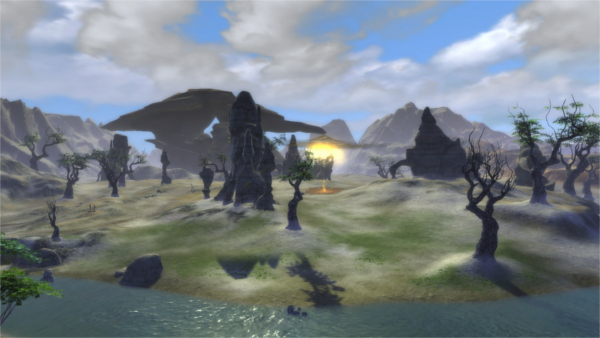 And for quite a while Rift’s reputation in the community reflected this. I remember a long period of time during which Rift seemed to be something of a golden child in the MMORPG community, earning acclaim even from those who did not play it.

These days opinion has soured somewhat, but I suspect this probably has as much to do with the lingering fallout over ArcheAge as anything Rift has done. It’s had some stumbles — notably the most recent expansion, Starfall Prophecy, has had some uncharacteristic issues with quality control — but for the most part it still seems to be the same game it’s always been.

Indeed, Rift has been nothing if not consistent over the years. Like most WoW clones, it had to undergo a free to play transition, but for the most part it’s stuck to its guns.

Aion has always been a little more creative than some other WoW clones. Its surreal setting is a refreshing change of pace from the standard Tolkien-inspired high fantasy, its endgame places a much greater emphasis on factional PvP, and it integrates flight directly into its combat… at least in some parts of the game.

However, it’s not done much to shake up its original formula or further differentiate itself from the pack since its launch. Its added plenty of new content, but it hasn’t done much to change the core of the game experience.

Like most WoW clones, it eventually dropped its mandatory subscription in favor of a free to play model, but that’s probably the biggest change it’s undergone. 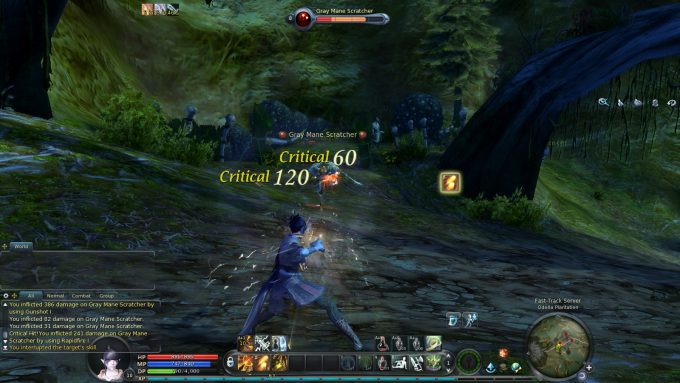 Aion is one of those strange games that never seems to get much attention within the community and yet seems to be quite successful all the same. It’s still getting significant updates on a fairly regular basis despite being relatively long in the teeth these days.

Much of this can probably be attributed to its popularity in South Korea, where it has long been one of the more popular MMOs on the market. But it must also have a decent number of fans in the West, or it wouldn’t still be running over here. You may not hear much from Aion players, but clearly they exist.

SW:TOR has had a more turbulent lifespan than most WoW clones, and that makes it perhaps the most interesting case to study.

Despite or perhaps because of massive pre-launch hype, Bioware’s first and only entry into the MMO field had a pretty rough reception post-launch. The phrase “TORtanic” became a favorite of the ever-hyperbolic comment section. Lack of endgame content and oppressively generic gameplay significantly damaged the game.

This eventually led to a conversion toward one of the industry’s more restrictive free to play models. It proved economically successful but severely damaged SW:TOR’s reputation within the community, a stain that lingers to this day.

SW:TOR continued to struggle with direction for a time. It had sold itself on a greater commitment to story than any other MMO, but it had never achieved the level of success necessary to fund continued development of unique story for all eight classes. It tried to strike the balance between an endgame-driven WoW clone and a story-driven RPG and never entirely satisfied either side of the equation. 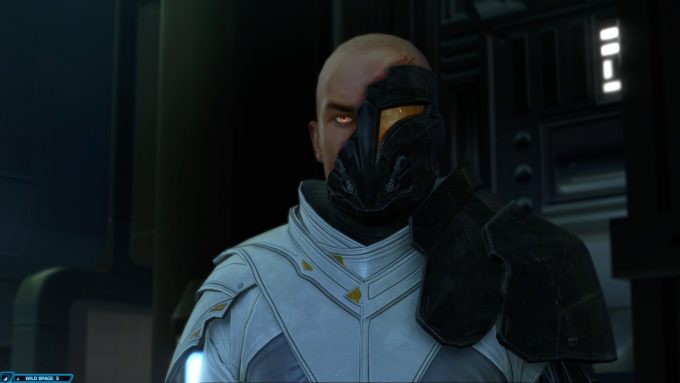 This changed with the game-changing Knights of the Fallen Empire expansion in late 2015. KotFE redesigned much of the core game systems, implementing global level-scaling and greatly streamlining the leveling process. The net result of these changes was an experience with a much greater emphasis on story. While Bioware still couldn’t manage to continue the unique class stories, KotFE’s new content did feature more and better story content than previous expansions.

This makes SW:TOR arguably the only WoW clone to shake off its lineage of aping Blizzard and establish a clear identity of its own. It’s now less of an MMO and much closer to Bioware’s single-player titles, but there is something to be said for focusing on what you’re good at.

And the gamble seems to have paid off. Knights of the Fallen Empire seems to have heralded something of a renaissance for the game, and by all reports SW:TOR is doing very well. It is a bit hard to say how much of this is due to how the game has changed and how much is simply due to the greater hype around Star Wars in general caused by the new films, but at the very least, KotFE’s changes don’t appear to have hurt it any.

In contrast to SW:TOR, LotRO has been pretty consistent in sticking to traditional designs. Its one major change came when it joined the ranks of free to play MMOs in late 2010. For a time, it seemed to be giving up on raiding, but now raids are once again on the menu.

LotRO’s popularity has dwindled somewhat over the years, but it maintains a very devoted core playerbase, and most would highlight its community as one of the more tight-knit in the MMO space, with a strong role-playing contingent and frequent player-run events.

Until recently, Lord of the Rings Online seemed to be heading down a dark road, coming to a head with its developer, Turbine, giving up on MMOs altogether, but the development team has now struck out on their own as Standing Stone Games, and the future for LotRO now seems cautiously optimistic, with a new expansion centered around Mordor on the way. 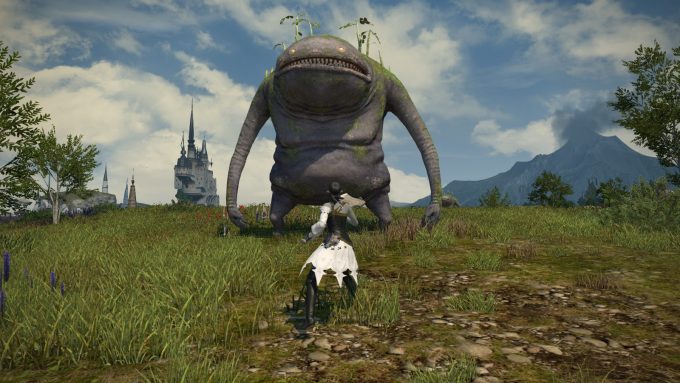 I was hesitant to include FFXIV in this list. Not because it’s not a WoW clone — it absolutely is — but because it’s a more recent game and thus doesn’t quite fit in with the explosion of WoW clones that produced many of the above titles.

Interestingly, though, it’s probably one of the most successful WoW clones to date. By all reports it’s one of the more successful MMOs period, with a strong playerbase and an incredible frequency of content updates. It’s even managed to hang onto its subscription-based business model so far.

This despite the fact it’s no more original than Rift or any number of others. One could attribute FFXIV’s success to its obvious polish and quality, but even then it’s not so far ahead of the competition. Perhaps it’s simply the strength of the Final Fantasy brand, but it’s an interesting aberration all the same.

Unfortunately it’s difficult to draw any firm conclusions from all this. There aren’t a lot of clear patterns to be seen.

The one thing that can be said with certainty is that none of these games have matched World of Warcraft’s success, but given that many of them rival WoW in quality (and may even surpass it in some specific areas), it’s hard to say that’s the result of any failing on their part. Perhaps WoW was simply a fluke of timing that cannot ever be replicated.

As a gamer, I wish that more games had taken SW:TOR’s path and established firm identities for themselves, but I can’t know whether or not they would have been more successful if they had.

4 thoughts on “Checking up on the WoW Clones of Yesteryear”