Elder Scrolls Online and The Secret World are games with a lot in common. They’re both highly story-driven and solo-friendly. And they both have highly flexible build systems that give you great freedom in how to construct your character.

But which system is superior? Let’s break it down. 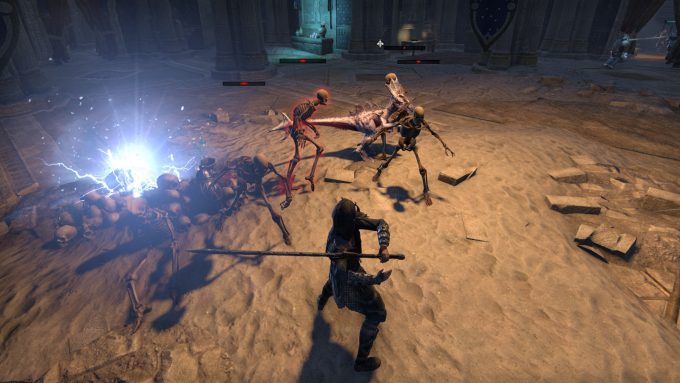 The Secret World has a pretty unusual take on character progression. There are no classes at all, and every character has access to all 500+ abilities in the game, organized in a complex menu called the ability wheel.

The ability wheel is divided into sections based on the game’s nine weapon types, as well as three small miscellaneous skill lines roughly corresponding to each group role (tank, healer, DPS). Each weapon is intended to be able to fill two group roles, one of which is always damage.

Abilities are unlocked by spending ability points (AP), earned every time the player “levels up” (for lack of a better term in a game without traditional levels). Earning experience also unlocks skill points (SP), which are spent on lines relating to weapons and other types of gear. This allows you to equip more powerful equipment and is the vertical progression element of the game, whereas the ability wheel is more horizontal.

A player in TSW therefore constructs their build by selecting two weapons and seven active and seven passives abilities. While most active abilities require you have the corresponding weapon equipped, most passive abilities will work with any weapon, and combining passives from multiple weapons is one of the most important skills for a TSW player to learn.

At higher levels, you can also further specialize your build with advanced systems like auxiliary weapons, AEGIS gear, and augments.

You’re not tied to any specific build in TSW. You can change which abilities you have equipped for no cost any time you want, and there’s no limit to how many abilities you can unlock. 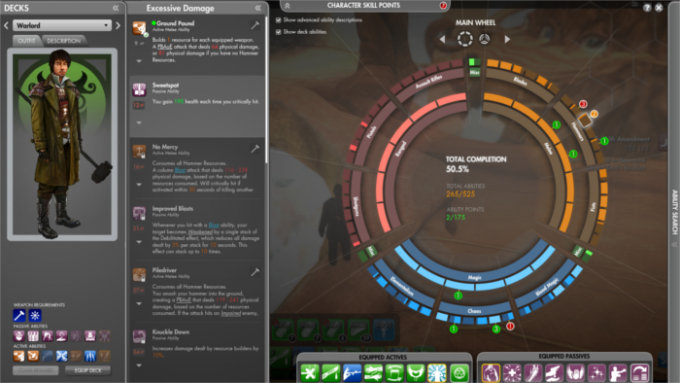 Something else unusual about TSW that doesn’t get as much attention as it probably should is that the game’s leveling curve is inverted. In most games, levels take longer to earn as you progress further, but in TSW, the amount of XP needed to earn AP is constant, whereas the XP you earn from killing monsters and completing missions constantly increases as you progress through the game. An ability costing 50 AP might take you several hours to earn at the beginning of the game, but by end game it could be done in a single session.

Elder Scrolls Online, meanwhile, is a little closer to the traditional RPG style of character progression, though with some unique twists of its own.

For instance, ESO does have traditional levels. Each level up earns you skill and attribute points that can be used to unlock or upgrade abilities and to increase the stats of your character, respectively. You can also earn additional skillpoints from certain quests or by collecting skyshards from the game world.

Unlike TSW’s ability points, skill points in ESO are finite. There are many hundreds to earn, but you will eventually reach a point where you’ve got them all — at least until the next content update. This means that while you can learn a lot on a single character, you won’t be able to have every skill at your disposable.

ESO also has classes — four of them, to be precise. However, your choice of class is a much smaller decision than in most games. Any class can use any equipment or weapons. You can be a melee sorcerer in heavy armor, or a staff-wielding, spell-flinging nightblade if you so desire.

Ultimately, the only thing your choice of class in ESO does is grant you access to three unique skill lines that are exclusive to that class, but most skill lines are available to all. These include unique skill lines for every weapon category and armor type, as well as lines for the four NPC guilds, miscellaneous skill lines like Soul Magic, PvP-centric skill lines, and lines for players who choose to become Werewolves or Vampires.

There are also non-combat skill lines, as well, that relate to crafting, theft, and the like. Some skill lines may require the purchase of DLC to unlock.

In ESO, you can equip up to to six active abilities — five standard and one Ultimate — at a time, and you can swap new ones in and out as long as you’re not in combat. At level fifteen, you unlock weapon swapping, which grants access to a second set of six abilities you can switch to at will. Abilities from weapon lines require the appropriate weapon be equipped, but most other abilities can be used no matter what.

Passive abilities are always active. They do not need to be equipped, and there’s no limit to how many you can have. However, many have limitations on when they operate. Armor passives, for instance, require you to have at least some items of that armor type equipped for you to reap their benefits.

After reaching level cap, ESO players can further augment their builds with Champion Points, earned via experience as per normal levels and spent on various incremental passive bonuses. There’s no limit to how many Champion Points can be earned, but there is a limit to how many can actually be spent to earn bonuses. This limit regularly increases with new content updates.

If you want maximum freedom, The Secret World’s system wins out. There is, at least theoretically, next to no limit to what sort of character you can make. Your performance depends mainly on passive choices, but your playstyle depends more on active abilities, so you have a lot of flexibility in how to play.

Even the game’s gear stats are flexible — with no separation between, say, gear for caster DPS versus melee DPS — so you can mix and match weapons to your heart’s content. Blood magic and swords? Great build. Shotguns and fireballs? That works too. 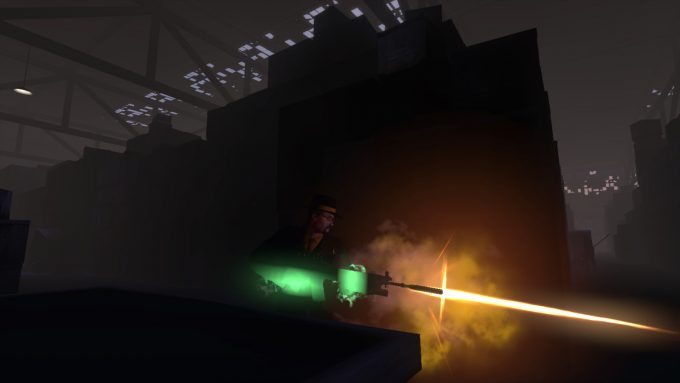 However, TSW is also on the whole less user friendly. The sheer volume of choice can be overwhelming, and the mechanics of interaction between various abilities and gear stats can be quite complex. The game is also notoriously bad at explaining all this complexity, so a lot of people make it very far into the game with very bad builds, never knowing just how bad their set-ups are — this is likely the source of the complaints over the game’s combat.

For its part, Elder Scrolls Online’s build system is a lot easier to adjust to thanks to its relatively lower complexity and the fact it hews much closer to traditional RPG archetypes and mechanics.

It’s not without its own difficulties, though. If you do find yourself with an nonviable build in ESO, your only choice will be to purchase a respec using either in-game gold or real world cash, and both options are pretty pricey. Whereas in TSW if you have a bad build, you can just keep playing and quickly earn enough AP and SP to adjust.

Both games will allow you to use almost any build you want while soloing — which is a huge part of both games — but require a greater degree of specialization for endgame content. In TSW, you can easily have separate builds for separate activities (in fact the game encourages it), but in ESO you’ll probably have to choose a specific activity and build for it, at least if you want to be optimal.

TSW’s system does cut down on character identity, though, seeing as everyone can literally do everything. If you’re a hardcore RP fanatic, you might prefer ESO’s more traditional system of character specialization.

Both games utilize the traditional trinity of group roles, so if you’re hoping to break the rules there, you’ll be disappointed. 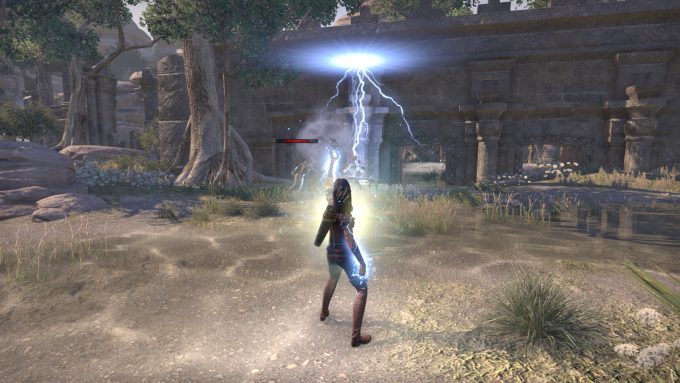 In theory you can break out of the trinity in TSW, but that requires careful coordination by your entire group, and most players prefer the path of least resistance: a traditional tank, healer, and DPS set-up. At best you can satisfy yourself with unusual builds that blur the lines of the trinity, like leech healers and healtanks.

Finally, you can also consider the separate aesthetics of each game. TSW is set in the current day, and while it has some fantasy elements, it also has a lot of guns and modern technology. ESO is more about traditional fantasy weapons. Part of the reason I’ve been spending time in ESO recently is that I simply prefer bows to guns.

Ultimately the answer to that question mostly comes down to personal preference.

However, if you prefer something that’s a bit closer to a traditional RPG experience, more user-friendly, or more promoting of character identity, then ESO may be your preference.

They’re both good systems no matter how you look at it, so you can’t really go wrong.