MMOs are, at their heart, about playing with other people. Even as a mainly solo player, I acknowledge this. To this end, developers have come up with many forms of content designed specifically to be tackled by groups, but they’re not all created equal. Each form of group content has its pros and cons. 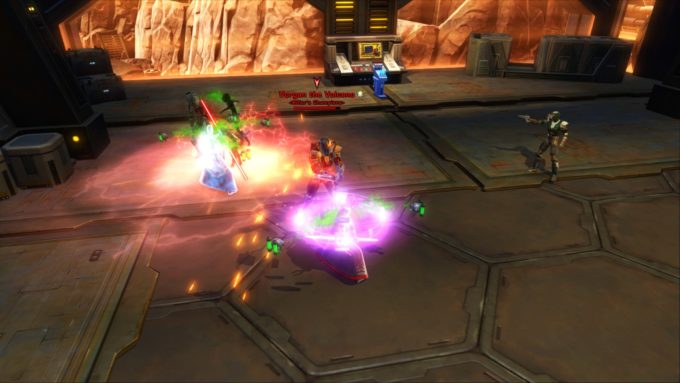 Dungeons are the archetypical RPG experience: a party of adventures venturing into forgotten ruins in search of wealth and glory. In MMORPGs, dungeons are usually for groups of about four to six players, which makes them a happy balance between being social but not too crowded.

Dungeons tend to represent a stepping stone between the easy outdoor content and the more challenging raids. This is both one of their chief virtues, and their downfall.

The problem with dungeons is that they are, almost invariably, viewed only as that stepping stone. They are rarely granted the privilege of being an endgame unto themselves, instead being treated as little more than a funnel into raids. This makes it hard to achieve satisfying progression as a dungeon fan. You end up living as a second class citizen to the “real” players, who raid.

For better or for worse, raids have long been held up as the pinnacle of MMO group content. They feature the largest group sizes, the highest difficulty, and the best rewards.

For those who enjoy them, raids are as good as it gets. The MMO community is full of stories of fond memories, lifelong friendships, and even marriages that grew out of raid groups.

The downside is that while the raiding community is incredibly vocal and passionate, it’s also incredibly small. Due to the high time and skill requirements of raiding, most players simply can’t be bothered. Hard numbers for such things are always difficult to come by, but from the evidence I’ve seen it seems that raiders usually make up about 1-5% of a MMORPG’s playerbase, at best. 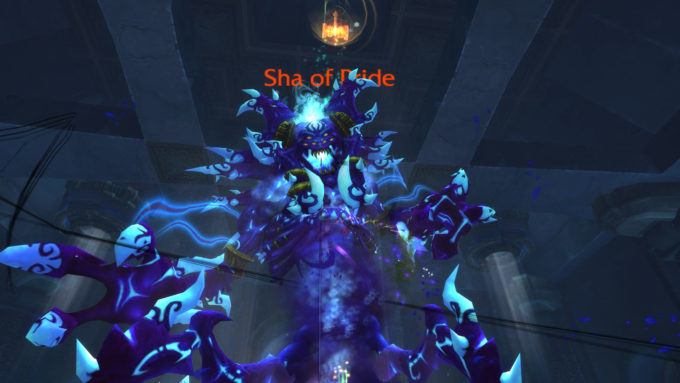 The problem arises from the fact that raids are also very resource intensive, and by their nature as the intended pinnacle of endgame, they tend to offer the most desirable rewards and the highest production values. Thus, huge amounts of development resources are being devoted to a tiny minority of players.

It’s not impossible for raiders and non-raiders to coexist, but it’s a difficult tightrope for a developer to walk. You need to reward the raiders for their hard work without kneecapping everyone else. Raids are inherently disruptive to the balance of a game.

By “small group content,” I mean content that is designed for groups, but groups of a size less than the traditional dungeon group — two to three people.

The fact there’s no commonly accepted term for content scaled to this size — the way there is for dungeons and raids — should tell you how common it is. World of Warcraft experimented with scenarios in its Mists of Pandaria expansion, which were catered to three player groups, and the upcoming Battle for Azeroth will add a similar feature in the form of Island Expeditions. Secret World Legends also has a feature called scenarios that can done by duos, but beyond those I struggle to think of many examples of dedicated small group content in MMOs (feel free to mention others in the comments).

People who prefer to play in twos or threes are therefore usually relegated to playing quest content that was designed for soloists, forcing them to endure phasing issues or difficulty that wasn’t tuned for more than one person.

And I really don’t understand why. Again, not being a developer or researcher, I don’t have hard numbers, but anecdotally as a longtime MMO player, I’ve found that groups of two or three (often couples or close friend groups) are by far and away the most common form of social group in MMOs. The fact that most group content is built solely for larger groups baffles me. 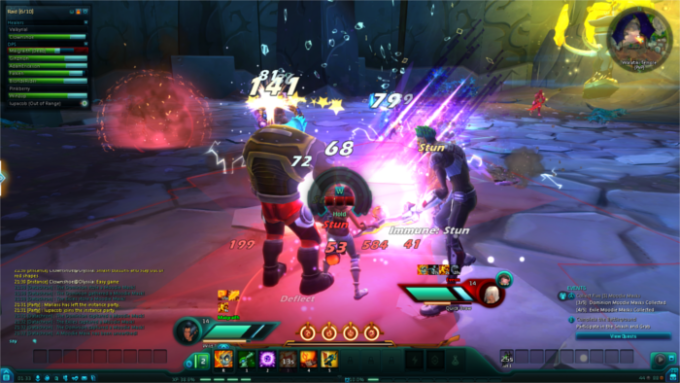 PvP doesn’t immediately come to mind for me when discussing group content, but duels and the occasional gank notwithstanding, player versus player gameplay is almost always group-based.

The trouble with PvP from a social perspective is that it necessitates losers as well as winners. For this reason, it has a higher potential for toxicity (not that PvE doesn’t have its fair share, as well).

As a result, I think it’s better to enter PvP with a group of people you already know and trust, rather than trying to form connections mid-match. The exception may be for slower paced, larger scale PvP such as Guild Wars 2’s WvW or Cyrodiil in Elder Scrolls Online. The persistent nature of those contests gives time for meaningful social connections to flourish.

A world boss spawns, and the call goes out in general chat. In a matter of minutes, dozens or even hundreds of players descend upon the unsuspecting mob, full of fire, fury, and the lust for loot.

First introduced by the dearly departed Warhammer Online and made a major selling feature of both Rift and Guild Wars 2, public events are MMOs at their wildest and most chaotic. Whether this is a positive or a negative depends on personal perspective, but for my money, I feel public events are the purest expression of what MMORPGs should be, organic and epic in equal measure.

That said, there are other perspectives. Many argue — with more than a little justification — that public events are naught by mindless zergs. Even as a huge fan of the concept, I struggle to defend them from this criticism.

Others say that the lack of organization makes it difficult if not impossible to form meaningful social connections. If it’s just a mindless swarm of people spamming abilities, where’s the opportunity for friendships to form?

It’s a worthy concern, but I must say that the one and only meaningful friendship I ever made via MMOs was with someone I met at a world boss fight in The Secret World…