PC gaming does it all.

PlayStation is the ultimate gaming device.

Switch to a Switch anytime, anywhere.

XBOX is more than just games.

How does this debate play out in the MMO space though? Well, clearly PC is better. The selection of games absolutely dwarfs the console selection. So my question for this article isn’t simply which one is better now. It’s which one has most potential for an MMO gaming device. 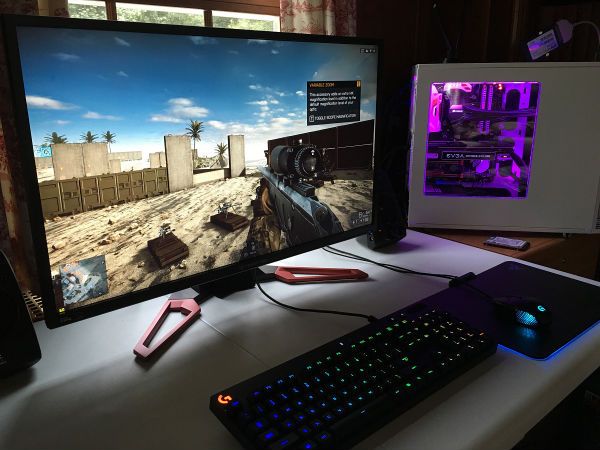 MMORPGs first started on the PC with the advent of text based MUDs. Keyboard input was critical for these games because they lacked any sort of graphical interface. Keyboards still provide an immense advantage – for one thing it expands communication. What are we doing in these games if we’re not interacting with players in at least some capacity. Whereas most console MMOs use microphones to communicate, PC gamers generally prefer keyboards. I’d argue talking to strangers via keyboard is vastly superior. It’s a lot less grating to see NOOB rather than hear NOOB.

The benefit of keyboard input doesn’t stop there though. More buttons means more abilities. More abilities mean more potential for strategy. All of this amounts to more flexibility for developers to create unique experiences for us as players.

Barriers to entry are in no short supply for would-be MMORPGs. It’s an expensive type of game to create. Consoles add yet another barrier. Though engines like Unity have made it easier to port between console and PC, it’s still smoother to code a game for a computer than a third party platform that will age and dies within six years. What this means is that the MMO options for PC gamers will always supersede those of console gamers.

Although graphics are usually limited on PC games to appeal to the lowest common denominator, the most visually appealing MMOs remain on PC. No matter how powerful a console may be, a PC can always be more powerful. That affords more options to make games pretty. Yay pretty.

Third party tools can be installed alongside a game to enhance the experience. Usually this amounts to voice chat for use with a guild/clan. Mods for games like Elder Scrolls Online can also greatly enhance the playing experience, offering up in Wiki-level depth of resources without ever leaving the game. 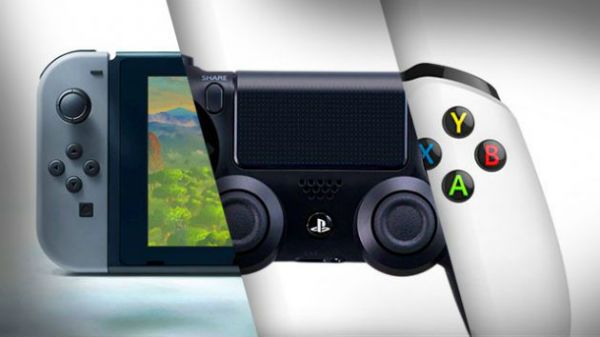 Graphics for an online PC game must always be limited to a degree. Not everyone has a beefy computer. MMOs rely on maintaining a minimum population level and playing with friends to thrive, so developers are reluctant to push out potential customers with high system requirements. Since consoles all run the exact same specs (which are usually pretty powerful for non-Nintendo consoles), this isn’t a problem. In most cases this raises the bar, even if the potential for the best graphics will always be on PC.

Since console players use a controller as their primary input, developers must work with less buttons. This cuts out a lot of the excess abilities that don’t add anything to gameplay. For example, what’s the need for six abilities that apply six different buffs when one ability will suffice? Button bloat has long been an issue in the PC MMO space. Controllers inadvertently solve button bloat and is a point towards consoles.

Accessibility is really the beck and call of consoles. When you buy a game on a console, you know it will run well. When you buy a game for PC, all sorts of compatibility issues may arise. Designing a game for a console specifically forces a “pick up and play” game plan. With less options for things to go wrong, it’s more likely things go right. Finally, consoles are cheaper than equivalent PCs. That’s always been a point for consoles in the broader “which is a better gaming device” debate. For someone that only wants to play a couple games a year, this is a major consideration. It’s an even bigger deal for MMO players because of the lifespan of such games.

Console vs PC MMOs: Who Wins?

Overall, it has to go to PC. Other than price and compatibility, everything else is potentially better on a computer. Button bloat doesn’t have to exist. Graphics don’t have to be downgraded. They can be just as accessible. Still, I have to say that the growth and mere existence of console MMOs and MMORPGs is still a boon for PC gamers. It showcases problems that have been largely swept under the rug in PC development and mandates their solutions. So as a whole, the genre will rise with both offerings available.