RMT. Real money trading. The nasty three letter acronym associated with gold farming, pay to win, and bots. It’s existed in MMOs for the better part of two decades, back when Ultima Online gold traded at higher exchange rates (200 gold to $1 USD) than the Italian Lira, Hungarian Forint, Indonesian Rupiah, Vietnamese Dong, Colombian Peso, and several other real world countries (250 to 14,000 units to $1 USD). This was in era where all real money trading took place on eBay (sometimes facilitated by company employees), before more specialized shops opened their doors. 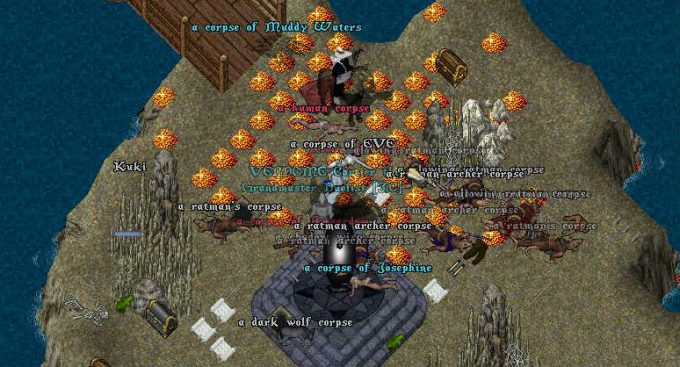 People will kill to become a Colombian millionaire.

Eventually, massive inflation sets in because wolves somehow drop coins and MMORPG NPCs print money on demand to buy player trash. Money sinks like repair costs and auction house taxes never offset the constant printing of game currency. Even the loss of capital when ships blow up on Eve Online can’t compete with the universe’s infinite resources. The effects of MMO currency inflation on RMT is as multifaceted as it is unclear. The obvious impact is the increased cost of goods. This drives players with more real world money, less time, or both, to seek out-of-game methods to acquire in game currency. And where there is demand, there is supply.

MMO RMT carries a host of problems. The chief issue being the devaluation of the most active players’ time. What’s the point of grinding for hours on end when top gear can be purchased for a day’s paycheck? Diminishing the reasons to actually play the MMO is a major negative for anti-RMT folks.

At some point it’s too lucrative of a money making proposition to pass up. In 2005, over 100,000 people in China reported working as full time gold farmers (“gold” acting as a moniker for all virtual MMO currency). These “players” contribute nothing meaningful to the game, mindlessly killing creatures for loot. At it’s worst, gold farming creates violations of human rights. To increase efficiency, gold sellers use bots to generate even more gold. This unnatural crowding of high end areas pushes real players out. Even if players can avoid the bot infestation, constant channel spam for “BUY GOLD $5=5000G WWW.CASH4GOLDMMOSTYLEYO.COM” ruins actual human communication. People need to be able to gripe publicly without fear of the bot takeover. The effect of the supply side absolutely damages the average player’s experience. That doesn’t even take into account the ethics of gold buying.

MMORPGs are first and foremost games. It’s even part of the acronym! Real money trading is essentially cheating. Imagine playing a board game with friends. You offer to take another player out for the price of $5. They accept and cruise to victory. What’s the point in playing when money will decide the outcome? More topically now that the NFL season has begun, imagine paying $5 to a fantasy football leaguemate for Antonio Brown. That’s a big change that affects the fair competition of the entire league. At the same time, these examples ignore a major difference between MMORPGs and other games. MMORPGs are also virtual worlds with real economies and thus, inherently valuable currency.

In the cheating examples, the time commitment for those games is significantly less than in top MMOs. You also play to win, which is rarely part of MMORPGs, despite the oft-used “pay to win” label. Competition of a sort still exists, but ultimately time dictates who sees the greatest success. When top guilds in World of Warcraft spend a full time job’s worth of hours raiding, it’s pretty obvious that not everyone can compete. Here, money is the great equalizer. After all, time = money. Does that justify real money trading? I think it’s at least a fair argument.

As evidenced by just how many RMT stores exist, a significant number of players obviously agree. It may not be fair that players can use real money to purchase virtual goods. It’s also not fair that players have more time than others. This is what happens when progression is based on primarily on time rather than skill. Players don’t really improve at MMORPGs, they just dedicate more time. The only way to advance is to play more, and that’s simply not an option for many people. How else can these individuals keep up with top players except to turn to RMT? Admittedly, some are also the cheater types who will do anything to get an unfair edge. They’re not looking to just level the playing field, but to beat out everyone else at whatever cost. RMT doesn’t change that. There’s always hacks, exploits, and bots for cheating.

Let’s take away the negative indirect affects of RMT: gold farming, chat spamming, increased customer service expenses, and bots. If we could do away with those, is the time = money defense a good enough reason to support RMT? I can see both sides. It is cheating, but it’s not like all players are playing by the same rules anyway. Putting more time into an MMORPG is like getting more moves in a board game. I think it’s up to MMORPG developers to design a game that limits the appeal and usage of RMT. 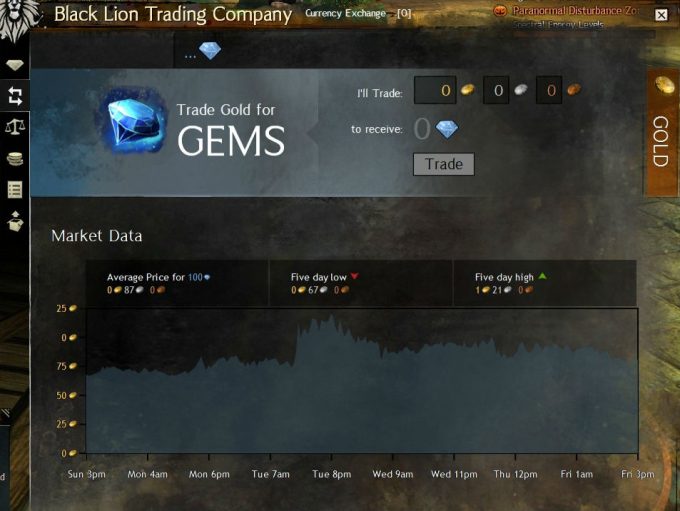 Even though World of Warcraft is rampant with gold sellers, I feel it’s designed well enough to limit RMT. The best gear must be earned in challenging raid environments and cannot be traded. The items people can buy with gold minimally impact other players. I’m not going to fault someone for spending $10 to buy a mount instead of hours of mindless grinding. Guild Wars 2 launched with the mantra end game gear should be easily attainable. Real money trading mainly leads to cosmetics in Guild Wars 2. I’m good with that. They also implemented their own developer-run RMT shop, which drastically cuts down on RMT’s outright negative ramifications. Horizontal progression may lessen the need for RMT given that there’s little to vertically separate players.

Virtual currency will always have real world value. MMORPGs will always require time to advance. Real money trading will always exist because of these perpetuities. I do not dislike RMT inherently, but don’t enjoy the environment it creates. I doubt even active real money traders do. Still, I think it has a place to eliminate tediousness. It just takes foresight to build an MMORPG with RMT and it’s effects in mind. After all, we’ve come a long way from buying gold in Ultima Online.

2 thoughts on “Does RMT Have a Place in MMOs?”