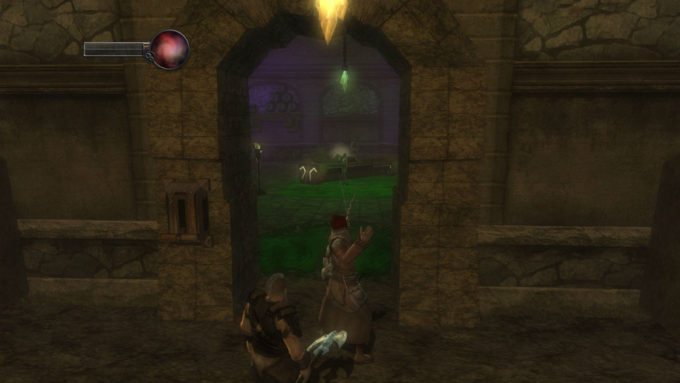 I started playing Dungeons and Dragons Online again a couple of weeks ago. The game stays true to its namesake with a plethora of instanced dungeons to explore. Though they come in different shapes and sizes, there’s really nothing else to do. Unlike MMORPGs with open world content, DDO is all about dungeon delving. After a few early levels, all of these are really meant for groups. Players can substitute hirelings in a pinch, but unsurprisingly a true player is almost always preferred. This design choice has created the double edged sword that has largely defined DDO’s existence.

Turbine’s Dungeons and Dragons Online is a lot of fun, but only with a group. That’s a pretty big caveat though because the population isn’t the most steady. The DDO traffic report shows the densest server with under 800 people at peak hours. The game itself isn’t doing so bad with about 3,000 people online at a given time, but that doesn’t really help the average player. Luckily, I’ve roped in a few friends to playing with me so I think I’ll be OK. When I do hop on by myself, the curious side of me can’t help but check the public groups. This doesn’t display groups deep into an instance, but the group counts aren’t exactly inspiring. I’ve had about a 50% success rate at grouping with at least one individual via public groups. That number might go up once I get past all of the solo friendly content.

Personally, I’m glad that there isn’t a lot of solo content. That’s a big part of the enjoyment for DDO. The class system seems really flexible and a hireling is better at filling holes than acting a sole companion. I’m still learning what’s in and out in the current class meta, but at my current level it doesn’t really matter. I don’t feel like any of my groups have suffered from lack of class synergy.

Unlike most MMO dungeons, DDO’s instanced content isn’t a scripted run through trash mobs with a few boss encounters. Well, not always at least. What’s cool is that the game doesn’t hold your hand, and I respect it for respecting me. My party and I are given a task to complete, and it’s up to us to figure it out. Treasure abounds, and I feel rewarded for putting in some energy to explore the nooks and crannies. I bring all of this up because I think it helps clarify my MMO dungeoning expectations. 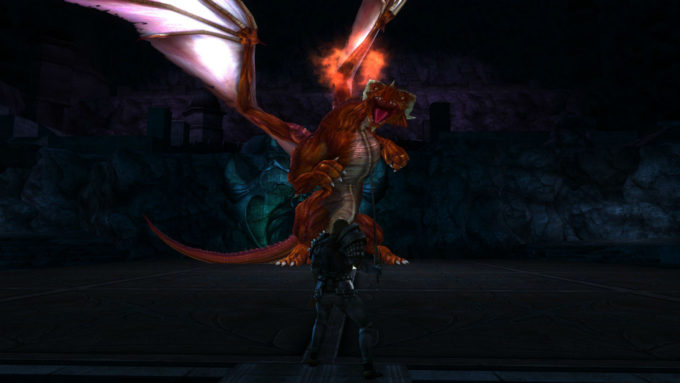 I don’t always have to been challenged. The low level quests in Dungeons and Dragons Online are pretty easy. Despite that, the game is still fun. When our group wants to fear the Game Master’s, we can always up a mission to Elite difficulty. Partying is fun in large part because of spending time with other human(s). We don’t necessarily need interactive abilities, but each player’s role can (and should) noticeably contribute. Freeform dungeon design with non-combat checks actually help me appreciate combat more. Ultimately, all of these attributes come down to flexibility. Dungeons can often feel constraining, and I think that pushes people away. If dungeons were more flexible, maybe it would lead to people clamoring for more group content?

It’s also possible for dungeons to be designed in a way that mirrors an open world. Overworld maps in hack and slash ARPGs like Path of Exile make the world seem big. Yet there are often specific story tasks for the player to complete. This keeps the focus on just playing the game and enjoying advancement when it comes. This is how to immerse people in adventure. Motivating the player with non-linear missions would dramatically improve dungeoning in MMOs. Unfortunately, it’s difficult to integrate this style of play into a persistent world.

Crafting a good mission requires events to play out in a certain way. Players outside of a particular group can affect the world dramatically in open world MMORPGs. Even themepark MMOs, critical by some for lack of meaningful impact, share this trait. Instanced content has been the way around this, but I think has largely been underutilized. Randomized dungeons like fractals in Guild Wars 2 is something I’d like other MMOs to take a stab at. There’s no reason why we can’t have randomized open worlds though. It just doesn’t fit in with our current mold of quests and sandbox game design. 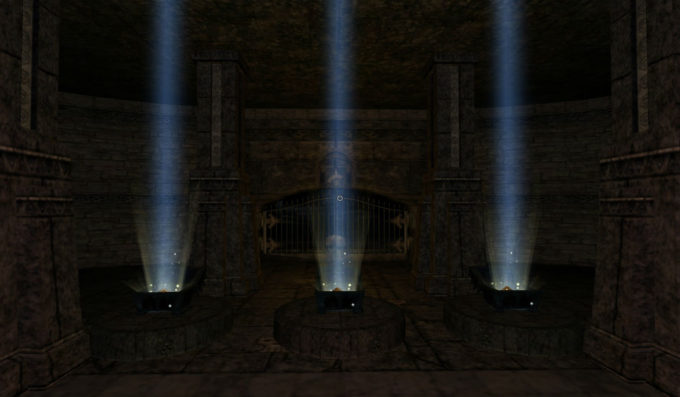 The technology to procedurally generate large land masses is certainly there. This gives players the flexibility to explore lands as trendsetters. I won’t say generating interesting content dynamically is easy, but it is possible. Taking the non-linear dungeon design and flexible grouping out of Dungeons and Dragons and placing in an open world style is very alluring. In many ways, that’s been the selling point of No Man’s Sky and despite some mixed reviews, the game has been wildly successful. Games that sell poorly don’t generate giant reddit posts. Online RPGs and MMORPGs have already done all of this with instanced dungeons, but maybe we can take the best of dungeons and put them in the open world?