This is a collaborative post debating merits of emergent storytelling vs. static storytelling between yours truly and Roger from Contains Moderate Peril. After reading this, make sure to check out his side of the debate!

When it comes to MMOs, emergent storytelling is king.

Don’t get me wrong. I love a good static story. The choice driven narrative in The Witcher series is as compelling as the linear experience of The Last of Us. For a single player game, it’s still the way to go. Emergent storytelling is improving for single player games like future XCOM-like releases, but they still pale compared to a hand-crafted story. The reason for this is single player games lack the human component. We’re still not close to AI that can mimic humans. But if there’s one thing that existing MMOs don’t lack it’s people. It makes the genre what it is.

Think about the most memorable stories in MMORPG history. Lord British’s assassination in Ultima Online. Felling the Sleeper in EverQuest. World of Warcraft’s Corrupted Blood plague. Eve Online’s heist (and basically everything else in that game). For MMO-lites, Rust has long been a source of entertaining stories. These events are so special that they transcend the worlds from which they originate. The common denominator between them is players using (perhaps abusing) the game system in unforeseen ways.  You literally can’t make this stuff up. That’s the potential of emergent storytelling. 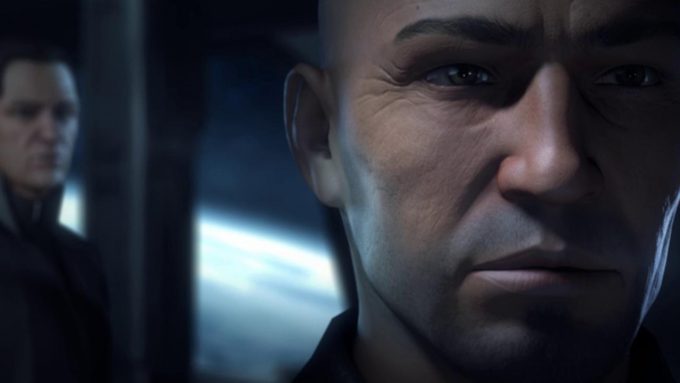 It’s true that to fully experience emergent stories, you need to be there when the event occurs. For the regular person, that’s not feasible. Gamers also work or go to school and can’t be available for something cool that’s happening in a video game. Fear of missing out affects a lot of people, given how many choices we have for entertainment. Playing a game where that’s a constant threat can be stressful. The flip side is that every login, it’s possible you will experience something memorable and unique. Maybe you’ll even be the one to initiate it. There’s no end to the storytelling in an open-ended system. Contrast that with a static story that will eventually end, and I think it makes the risk of “missing out” completely worth it.

Most of the events also tend to revolve around loss of some kind. Eve Online makes news based on espionage or massive wars, leading to the loss of property for players. Even the family friendly World of Warcraft’s most newsworthy happenings revolved around a nasty plague and disrupting a funeral. These are the things that make headlines – but I think that’s because MMORPGs have largely relied on PvP for emergent gameplay thus far. Non-MMO multiplayer games, like Minecraft, have demonstrated that players can impress us with cooperation as much as with conflict. Unfortunately, MMORPGs in that realm (like Landmark) haven’t made it very far. And in terms of PvE gameplay, public quests in games like Guild Wars 2 and Rift have been too predictable.

Ultimately, there is a lot to be gained by emergent gameplay. The point of the above is to show that thus far developers haven’t gone far enough with it. World of Warcraft blew everything up with its focus on solo play and quests. MMORPGs are expensive to produce so that’s been the blueprint for a decade. Thanks to the beauty of crowdfunding though, developers can now take risks to differentiate. MMORPGs like Star Citizen, Crowfall, and Chronicles of Elyria will (hopefully) deliver some exciting emergent options. 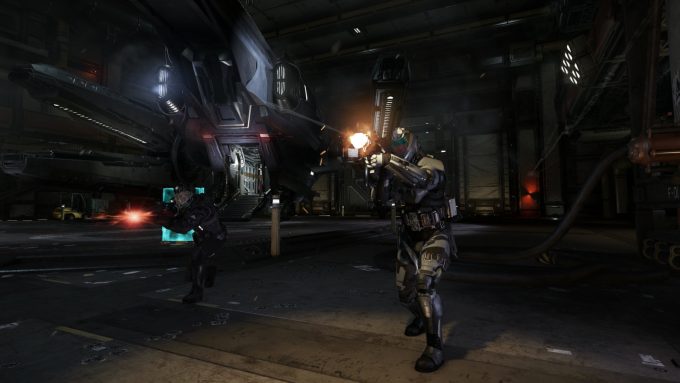 The core element is focusing on freedom of choice. I realize that’s easier said than done. The balancing element that also narrows the scope is consequence. Everything is possible, but everything has a price. It’s from this choice and consequence that people create these memorable narratives. Whether MMORPG developers like it or not, people play pivotal roles in storytelling both by their absence and their presence.

1) Absence – AI is predictable. Predictability does not lead to good stories. Good static stories circumvent this through scripted events to weave their tale. The problem is that these events work in isolation. When players are running around the world, that changes the experience in unseen ways. The absence of real players is usually critical for the storyteller to deliver their goods as intended. But MMORPGs are not solo affairs. Why focus on stories best experienced alone when the medium itself is built around multiplayer?

2) Presence – Humans are anything but predictable, especially when relatively minor consequences and internet anonymity gets thrown into the mix. MMORPGs should use this to their advantage. I’d argue that playing Eve Online is boring at best, but experiencing Eve Online’s multiple PvP systems is thrilling. Give players the tools, and they’ll create history. Again, just look at the massive success that is Minecraft and all of its copycats. Whether it’s building and destroying or cooperating and conflicting, it’s the people that make the MMO genre what it is.

Even language itself changes in unintended ways thanks to the players. MMO first timers might be overwhelmed by all of the genre’s jargon. It can feel practically like a foreign language. What’s cool is how this language naturally evolves to create terms or abbreviations that didn’t exist prior. Language may not be flashy, but altering the way we communicate fascinates me. And we have MMO players to thank for that.

I’ll close saying that games like Lord of the Rings and Star Wars: The Old Republic offer good stories, but I’ve never seen them talked up besides from those who have experienced them. By contrast, I do see single player stories talked up. That’s all because it’s a strength of that focused medium. I say leave static storytelling to those single player games and push MMOs to invest in systems that allow players to tell their own stories and build their own legends. MMOs were built for emergent storytelling.

Like any good debate though, there’s always another side to the story. Check out Roger’s discussion in favor of static storytelling at Contains Moderate Peril.