There was a time when lengthy ruminations on MMO business models were a staple of the community. You’ll still see people arguing the merits of free to play versus subscription from time to time, but it doesn’t have the vigor it used to. The industry has mostly stabilized, and while some games still maintain mandatory subscriptions, these days free to play and buy to play are the norm. 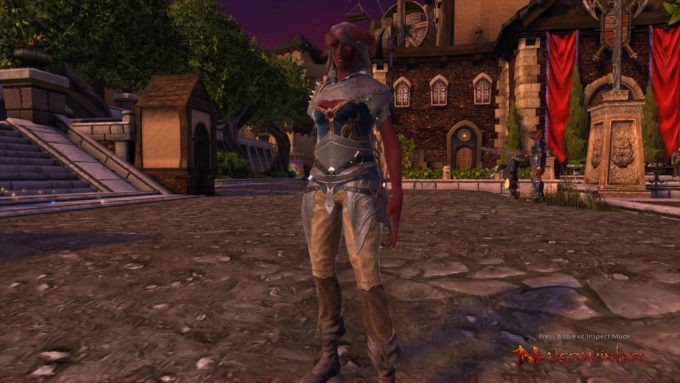 That means cash shops are now the new normal, and there is always a great deal of anxiety around them. “Pay to win” is the frightful term whispered in the dark corners of the MMO world, a dark specter that destroys games by allowing people to exchange real world cash for in-game power.

On pay to win:

This thought began germinating in my mind a few weeks ago during an ill-fated return to Trion’s MMO shooter Defiance.

Pay to win is an incredibly nebulous term with no set definition, but at least a good number of people would probably say Defiance qualifies as pay to win at this point. Randomized packs bought for real cash have a chance to include legendary guns that are at least as powerful as the best items earned through gameplay.

And you know what? It didn’t affect me at all. I never even noticed it making any difference. The game felt the same to me as it did before those powerful cash weapons became so ubiquitous.

Then I hit the wall as the result of a perfect storm of grindy gameplay, over-tuned encounters, and my own poor planning. Due to my previously casual play, I found myself unable to progress the story without weeks of grinding, which I’m not interested in doing. 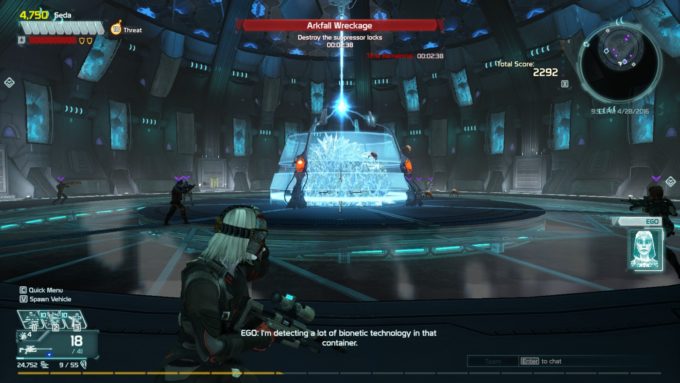 In my desperation, I considered turning to the cash shop for help, but I realized even that would not be enough. I might luck into an awesome legendary gun… but it’d still be scaled to my level, just like all drops in that game, and I’d still need to level some ways to be able to tackle the content I wanted to. I might have an advantage, but it wouldn’t solve my problem.

Thus the realization dawned on me that not only was I okay with Defiance being a little pay to win, but I actually wanted it to be more pay to win. If I could buy myself a 5K EGO character in full epic gear right now, I would. Gladly. (Are you listening, Trion?)

And that got me thinking about the whole concept of “pay to win.”

Not a lot of big name games offer huge advantages for cash, but plenty of the games I play have blurred the lines a bit. The Secret World offers signet boosters that can provide a significant gain. Guild Wars 2 and World of Warcraft have legalized gold-selling. Defiance has its aforementioned lockboxes.

None of this has ever impacted in me a negative way. They’ve all made me squirm in discomfort when they were added, but within a few weeks I forgot they even existed.

I’m not saying these things don’t offer unfair advantages. Of course they do. But so do lots of other things.

The ugly truth that no one in the MMO community wants to admit is that MMORPGs are by their very nature incredibly bad at offering fair competition or measuring individual skill. 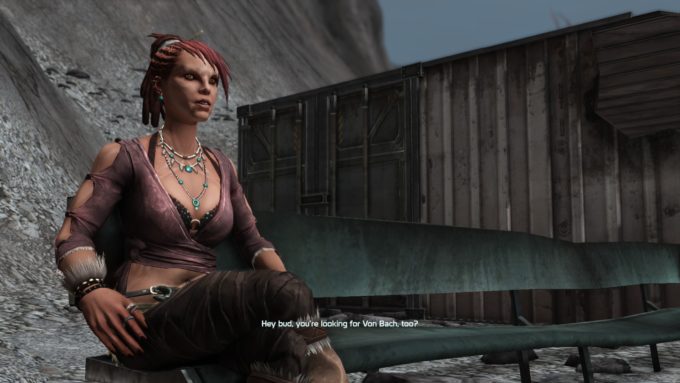 There are so many ways you can get ahead in an MMO other than being good at the game. You can mindlessly grind your way to outleveling or outgearing challenges. Better players can carry you. You can just be lucky with RNG.

Another thing no one wants to admit is that you are not a competitive player. At least, you’re probably not. MMOs are not full of people competing to be the best. Like most things in life, they’re full of an ocean of mediocre players (like me, and probably you) and a tiny, tiny minority of people who are actually the best.

The sad truth is that if you play an MMO, there’s pretty much always going to be someone more powerful than you. Probably a lot of someones. At the end of the day, does it matter how they got to be better than you?

This was why I stopped caring about cash shop gear in Defiance. Yes, a wallet warrior might beat me on the scoreboards. But so would someone who’s just played longer than me, or had better luck on drops than me, or who just happened to be the first person to the Arkfall. I had no way of knowing which option it was, and at the end of the day, it didn’t matter.

Think about how many people buy carries to the best rewards in WoW. It’s a fundamental part of the game economy by now. Raiding guilds support themselves by industrialized selling of carries. In this manner, absolutely anyone can earn the very best gear, cosmetics, mounts, and achievements.

Even I’ve done it. I didn’t earn that Grove Warden mount my Night Elf is riding around on through any skill of my own. I just dumped a lot of gold on some raiders.

You can argue I still earned that gold through gameplay, so it’s okay, but I don’t really see how clicking a few buttons to do my garrison missions is any more worthy of reward than going out and actually earning a wage in the real world.

I suppose to some extent it all ties into that pernicious fallacy that free time equals skill, but that’s a rant for another day.

The only place where it’s worth worrying about pay to win are PvP games that would otherwise offer a level playing field. If Heroes of the Storm suddenly added a cash shop item that increased your hero’s stats by 20%, that would be a problem. But for the average MMORPG? Pay to win is an illusion, a bogeyman we’re all scared of but are almost never impacted by.

I’d personally still prefer cash shops focus on cosmetics — my Defiance example notwithstanding — but that’s just not the world we live in.

That’s not to say cash shops can’t cause problems, though. We’re just scared of the wrong thing.

On pay to play:

Generally the term “pay to play” refers to MMOs that require a traditional monthly subscription in order to play. That is one example of what I’m about to discuss, but for the purposes of this post, I’m choosing to broaden the terms. 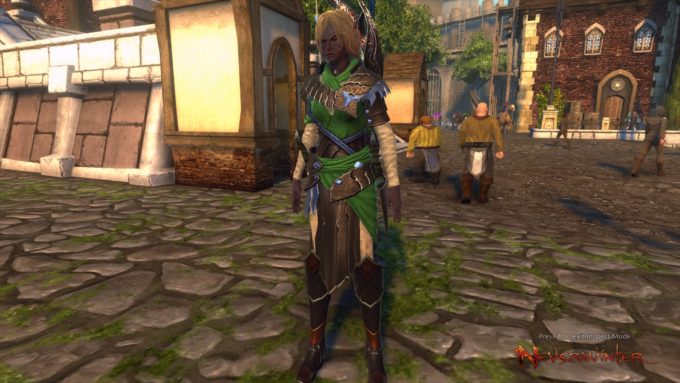 When I think of the negative experiences I’ve had with MMO cash shops, it never has to do with power or what other players can gain by paying. It has to do with obligation, with a lack of options.

When I stopped playing Neverwinter, the cash shop was one of the big things that drove me away from the game. And while you could argue that it’s an example of pay to win, that wasn’t really the issue.

I reached the point in Neverwinter where there was basically nothing I could do to progress my character without either paying cash, or grinding until my eyes bled. And it wasn’t a one time fee I could pay and then be done with it. The game systems were designed to require steady infusions of cash, indefinitely, for you to keep playing and progressing.

It’s the endlessness of it that’s the problem. I don’t mind paying for a certain specific item or service. I can even live with paying to overcome a certain restriction or to unlock a certain feature. But when you reach the point when you’re playing the game with your wallet more than your character, that’s when everything starts to break down.

Subscription games are also an example of this, though a significantly less destructive one. At least they lay things out clearly: They’re upfront about the need to pay regularly, and the amount you need to pay is consistent and usually reasonable.

But the core problems remain. You’re repeatedly paying for the same stuff. You can’t play without paying. The game becomes a constant drain on your wallet, and there’s nothing you can do about it short of giving up the game entirely. 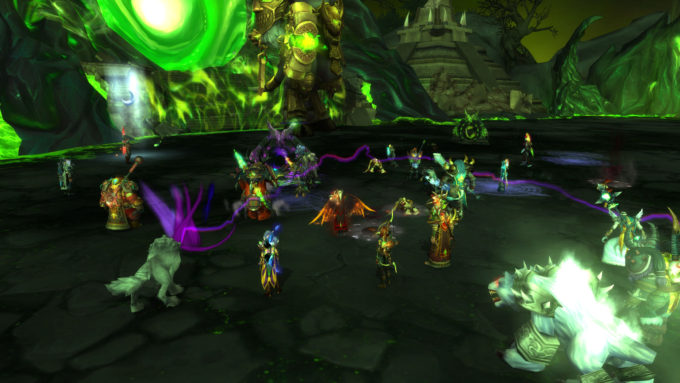 This is what we should be worried about, and I think this is at the heart of a lot of concerns about pay to win. Nobody wants a world where games are played through cash shops more than anything else. That’s when the fun is drained from the game. That’s where it all falls apart.

Simply trading cash for power, while viscerally distasteful, is not all that harmful in the end, at least for most games. It’s only when monetization begins to take over all of gameplay that things get ugly.

Thus, the enemy is not pay to win. It’s pay to play.

2 thoughts on “The Enemy Is Pay to Play, not Pay to Win”