In a genre dominated as much by raiding as it is by grinding for that next level, these two revenue models invite two different styles of play. Plenty of discussion has transpired on which is best, with fair reasons on both sides. Genre fans have debated each model’s merits ad nauseam. What hasn’t been discussed is which revenue model fits which social theory best.

What a crazy topic you’re thinking. Social theory on my MMO Bro? This isn’t some Nick Yee gaming science website. Nope, but it’s fun to contemplate motivations and personalities on a deeper level than the game mechanics themselves. So let’s break down each argument separately. 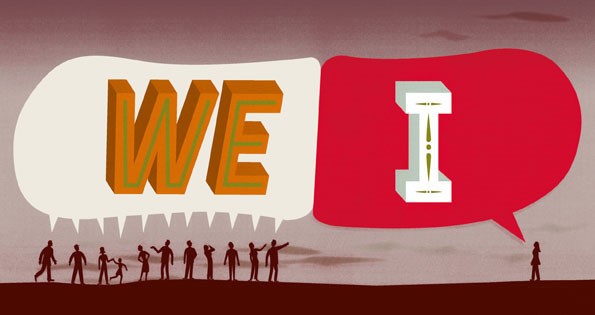 F2P players are more focused on themselves. They want the most optimal deal on the market. Good free to play MMO games offer fun growth opportunities for completely free players, small spenders, and whales without diminishing the fun of the other groups. However, their low barrier to entry invites very transitory individuals. Without a financial investment, friends will drop as frequently as a theme park roller coaster. Every social list is doomed to an inevitable field of grayed out, offline users. This is because once a free MMO loses it’s appeal to an individual, another substitute awaits.

Pay to win also appeals to the individual. A select few may extend beyond that but only just so. An example here would be ArcheAge, where it’s hard even with a deep wallet to drive the narrative by yourself. These create oligarchic scenarios with a few people at the top running the show. Whether paying to win creates a dictatorship or oligarchy of winning, the focus is still on the few. Luckily video games like these aren’t the real world (at least universally) so annoyed players are free to hop off the real world money death train and move on.

Whether it’s a fair free to play model or a pay to win model, the individualist social theory persists. F2P players find fun in games in and of themselves. This doesn’t mean they’re anti-social, hate cooperating, or won’t help others. This simply means the focus is first and foremost on themselves. They don’t derive as much satisfaction from accomplishing tasks as a group, but instead seek personal benefits for such activities. Further exemplifying this mindset is the heavier focusing on grinding in a free to play game. Grinding is a low level mental task based on repetition with a reward of powering up individuals.

F2P players are more focused on their own growth, choose themselves first over communities, and make independent decisions.

Ever heard of the sunk cost fallacy? The more you invest in something, the less likely you are to abandon it. Are you more likely to abandon a game you’ve spent $200 in game purchases and subscriptions fees or one you’ve invested no money? This forms a core foundation for pay to play MMOs as a collectivist draw.

Pay to play games want to reward players at the highest level for participating in group activities. Whether it’s raiding in World of Warcraft, conquering Nullsec in Eve Online, or performing trials in Elder Scrolls Online these require near equal participation from a dozen to several dozen individuals. The cooperation and skill requirements in these games exceed the mindless encounters of say, a world boss in Black Desert Online. This forces a reliance on other players to accomplish high end goals. Thus pride in one’s guild or corporation develops as a result of such accomplishments.

When someone ponies up for a monthly subscription, they’re typically eschewing other potential time competitors. This gives the community more chances to interact with one another, and thus enhance a game’s gravitational pull. The bonds and friendships that such games create can be difficult to break. Further, players aren’t looking to break these bonds. The friendships and communities that arise from P2P games are the point. MMORPGs aren’t known for award winning mechanics, but their ability to bind people together is unparalleled.

P2P players are more focused on community growth, choose community first over themselves, and make decisions with consideration of and from others.

Like every rule, exceptions exist. Guilds formed of F2P players jump from game to game like individuals, but their guild focus aligns closely with collectivism. Many individual players get into a game like World of Warcraft for the story, the exploration, or the single player questing. They don’t care one lick about group progression and will pick up group if and only if it’s needed to advance. Life is rarely so simple to completely equate one thing with another. That said, the link looks pretty strong here.

Where do you fall on the free to play vs. pay to play preference? Do you see yourself more as individualist or a collectivist?

One thought on “F2P is Individualism; P2P is Collectivism”