The hype around Battle for Azeroth has once again brought the seemingly endless conflict between World of Warcraft’s Alliance and Horde into the spotlight. Despite being a long-time WoW player, though, I find myself giving serious thought to passing on this expansion altogether for the simple reason that I have long felt the factional conflict is, in a word, stupid. 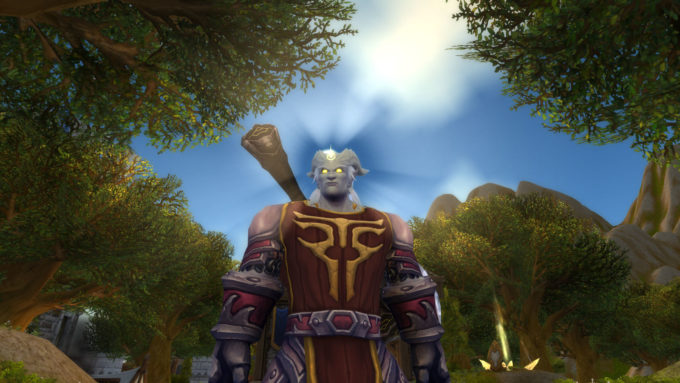 And that’s not just true of WoW. Factions in MMOs — or at least in PvE focused MMOs — have always been one of my pet peeves. They harm games far more than they’ve ever helped them.

First of all, it needs to be said that factions really don’t add much to the experience of playing MMOs. They’re unnecessary, at best.

The chief argument that seems to be put forth in favor of dividing players into factions is that it instills a sense of pride and faction identity, but I’ve never heard anyone clearly articulate why that’s actually a good thing. Mostly it just seems to feed toxicity between players (more on that in a minute).

The next biggest argument for factions is that they provide a basis for PvP, but in reality they’re completely unnecessary for PvP. It’s entirely possible to still have player competition without them. Guild Wars 2 offers multiple PvP modes, including massive world versus world, without any discrete factions at all. And that’s just one example that I could give.

If anything, factions harm PvP more than they help it. It’s very difficult for developers to balance the population numbers between factions, especially given people’s predilection to gravitate to whichever faction has more “pretty” races. Just look at Aion’s eternal struggles to balance the Elyos and Asmodae factions.

The only benefit from factions that I personally have ever seen is that they offer variety when it comes to storylines and leveling content. Leveling up as an Imperial character in Star Wars: The Old Republic tends to be a very different experience from doing those same levels as a republic character.

But even then, factions aren’t really necessary for that. Guild Wars 2 offers a healthy selection of distinct starter zones and personal stories based on its various races without any need to divide players between arbitrary factions.

Another thing that grinds my gears about factions is that the conflict between them can never truly go anywhere. It’s a story with no drama. To keep the game balanced, neither side can ever win a major victory or suffer a major loss. Doing so means favoring one group of paying customers while disadvantaging another, and that’s such bad business it borders on economic suicide. No developer is ever going to do that, nor should they.

When Blizzard revealed that Battle for Azeroth would be an expansion focused on the Alliance-Horde war, they immediately revealed that it would be a filler expansion and killed my hype right out of the gate. We already know this story can’t go anywhere. Neither side is ever going to win or lose this war.

We see this already with the pre-patch. The Alliance losing Teldrassil or the Horde losing Undercity each individually could have been a powerful moment for this story, but this perfectly balanced eye for an eye scenario pulls the curtain back from how stale and artificial this conflict truly is.

This isn’t a unique problem to WoW, either. The fundamental nature of MMO design prevents faction conflicts from ever having a proper resolution. Even in games where players are able to fight other factions for territory directly, true victory or defeat is impossible. It doesn’t matter how often the Daggerfall Covenant loses in Cyrodiil; they’ll always keep coming back.

And They Drive Us Apart

For all the reasons listed above, I consider factions in most MMOs to be superfluous. But that’s not why I’m really against them. The worst thing about factions is that they divide the community. 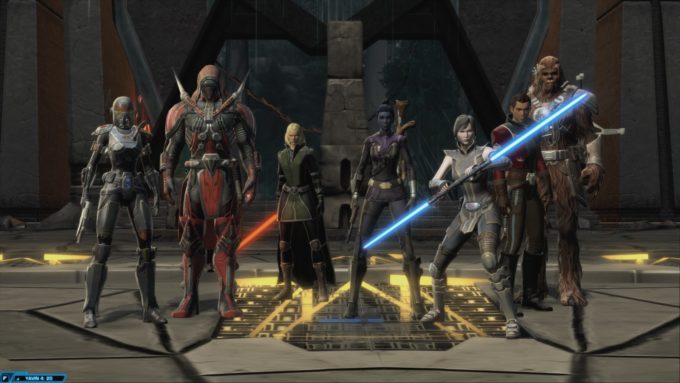 Firstly, they divide us in a simple, literal sense. If I’m playing Alliance and my friend plays Horde, one of us has to transfer, or we can’t play together. If your game has two factions, you’ve effectively cut your playerbase in half. In a genre where more people to meet and group with is almost always better, that’s a powerfully asinine move.

You can mitigate this by allowing people to group across factions — as Elder Scrolls Online wisely has — but at that point one has to wonder why bother having factions in the first place.

Worse, it breeds toxicity in a genre that already has far too much of it. Developers seem to think factional rivalries lead to fun, neighborly competition, but the reality ends up looking more like a blood feud between competing mob families.

If I had a nickel for every time I heard someone make the earnest claim that Horde players are bullies or that Alliance players are crybabies (both stereotypes that have more truth to them than I care to admit), I could pay for my subscription for years to come.

It’s not just the occasional snide comment on forums, either. The bile between player factions can sometimes escalate to serious, ongoing harassment. Developers have been known to receive death threats when one faction or another is viewed to be unfairly favored.

MMOs should be about bringing people together, but all factions do is drive people apart.

There are some games for which factions make sense. PvP focused games like the upcoming Camelot Unchained simply wouldn’t work without player factions, and I have no problem with that.

But it’s time to acknowledge factions as what they are: A niche feature that doesn’t fit in most games. For a PvE themepark, factions offer little, and take away much.