These days, classic and progression MMORPG servers are all the rage. That there’s a demand for these things is a testament to how much an MMO can evolve over time. After enough years, it can almost feel like playing an entirely different game.

But which games have changed the most since their initial launch? Let’s take a look at some of the candidates.

As one of the oldest still-running MMORPGs, Ultima Online has had literal decades to grow and evolve. That’s far too much change to adequately cover here, but one particularly notable event worth mentioning came early in its history: the release of Trammel in the year 2000.

Trammel is the second continent added to the game. It is a perfect mirror of the original, Felucca, but with one crucial difference: Trammel does not allow non-consensual PvP.

This added an entirely new way to experience the game, free from the predations of other players, and it proved wildly popular. All subsequent landmasses added to Ultima Online have followed Trammel’s lead by not allowing open PvP.

At launch, Star Wars: The Old Republic was pretty much just another WoW clone with a Star Wars skin slapped over top. It took until the game’s third major expansion to change that.

Knights of the Fallen Empire introduced major system changes to make SWTOR less of a standard MMO quest grinder and much more like the single-player RPGs Bioware is known and loved for. The leveling game was adjusted to put the focus on class and planetary stories, allowing players to easily ignore the forgettable side missions that had once bogged the game down. 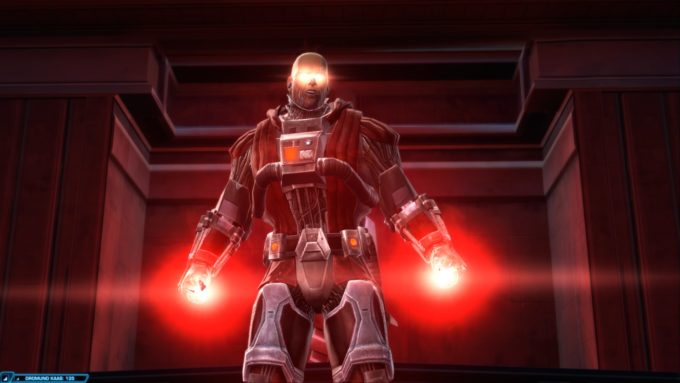 SWTOR as it exists today is a lot closer to the story-driven MMORPG it was originally advertised as.

Aion’s a long-running game with a lot of big changes under its belt, from a free to play transition to multiple expansions.

But its biggest shift in identity came more recently with the massive Awakened Legacy patch. Awakened Legacy radically changed many game systems, hugely streamlined leveling, and controversially removed many whole zones and dungeons. It was a jarring change that angered many, with some comparing it to the infamous “New Game Enhancements” introduced by Star Wars Galaxies back in the day.

For better or for worse, Aion is now a very different game from what it launched as.

This list contains a lot of examples of major reboots that rewrote a game overnight. In World of Warcraft’s case, it’s more a matter of incremental changes piling up over time. Over fifteen years and seven expansions, WoW has grown and evolved so much that very little of the original game remains, at least in an untouched form.

Of course, one can identify points in time where things changed more radically than others. Cataclysm rebuilt the original two continents, leaving virtually no zone untouched. Mists of Pandaria introduced a new talent system, while Legion brought with it sweeping class design changes.

What’s funny is that every once in a while you’ll hear speculation about a possible “World of Warcraft 2,” but really, we’re already playing WoW 2. The game has reinvented itself so much it’s more like a sequel to the original MMO, rather than a continuation.

Of course, when it comes to reinventing yourself after launch, no game can quite equal Final Fantasy XIV: A Realm Reborn. It’s right there in the title, after all.

As it launched, FFXIV was pretty much broken. It was such a mess the developers at Square Enix stopped even charging a subscription fee for a time, too embarrassed to ask for players’ money.

For most companies, this would be the end, but Square Enix had the resources to try again. Final Fantasy was ultimately relaunched as an almost entirely new game, rebuilt from the ground up. This makes it not only one of the biggest examples of an altered game in the MMO world, but also one of the most positive and successful. Whereas in other games change can be controversial or even despised, here almost everyone agrees it was for the best.