“The perfect MMORPG”. A concept as elusive as the holy grail. We rush from MMORPG release to MMORPG release hoping to be enveloped by the warm embrace of perfection. The truth is that the perfect MMORPG is highly dependent on the user. Perhaps some have already witnessed a virtual nirvana. But most of us can only dream of the possibility. And dreaming is exactly what I intend to do today. 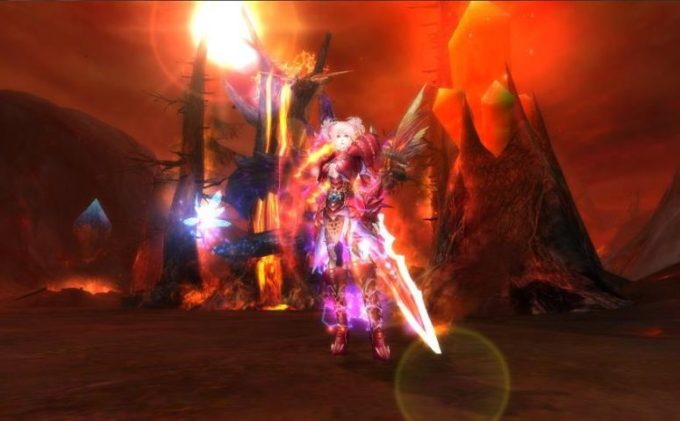 As a fun exercise, I’ll combine the best features from every MMORPG into one perfect MMORPG. In my opinion, this will capture the best of what every virtual world has to offer.

It all starts with character creation and nothing beats Champions Online. The freeform character development is exceptionally fun. Pretty much every type of superhero one can imagine can be created. The superhero MMORPG also offers pre-defined archetypes, but that’s so…blasé. In addition to a wealth of character powers, there’s also about twenty different options for character appearance. All of this combines into the best character creation out there.

What will we do once in game? It wouldn’t be a modern MMORPG without a quest or two. I can’t really think of a better MMORPG questing system to steal than the The Secret World’s. Whereas quest givers in every other MMORPG are overly obsessed with my rat killing count, TSW challenges my self proclaimed heroic title. Missions in this game utilize puzzles, voice acted cutscenes, lore heavy items, stealth, and an impressive tie-in to The Secret World’s immersive environment at every turn. In a lot of ways, TSW handles missions even better than many single player RPGs. I’m more of a sandbox guy at heart, but I’ll jump on a fitting themepark with quests this good. 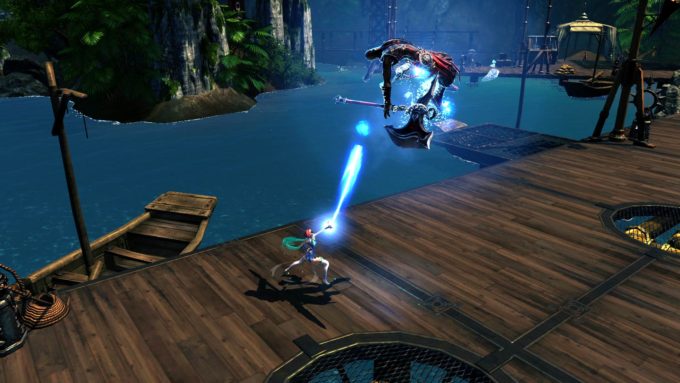 Where The Secret World falters is combat. Luckily, our perfect MMORPG can ignore that completely. Blade & Soul offers an amazing combat system that does away with hotbar button bloat. Instead, the player builds and releases powerful abilities based on combo attacks reminiscent of Street Fighter. Reaction time is relevant but so is strategically reading one’s opponents. Additionally, the game does away with traditional class based roles that widens grouping possibilities.

Despite a great combat system, Blade and Soul does feel a bit restrictive. Part of that is the game’s economy. Instead of putting the power in the the collective players’ hands, advancement is pretty much self sufficient. In my perfect MMORPG, I want to see a truly interactive player economy. For that, none is better than Eve Online. Every module, ship, weapon, and implant can be freely sold and traded between players in Eve Online. Regional markets replace global auction houses from most MMORPGs. This gives traders a chance to take advantage of changing market conditions. Where some see price gouging arbitrage, Eve Online players see opportunity. It mimics the real world so accurately that even economists study it’s ecosystem.

While everyone wants to get their piece of the pie, some prefer more direct confrontation. It’s been around for a long time, but Dark Age of Camelot’s PvP has yet to be surpassed. Strangely, most developers still insist on World of Warcraft’s inherently unbalanced two faction system. DAoC realized early on that three factions would self regulate. The game makes proper use of PvP and allows players to level up purely through it. Castle sieges and relic conquests keep content from growing stale. Some might say a free for all system would be better, but instant camaraderie via factional warfare is a better choice for a universal, perfect MMORPG. 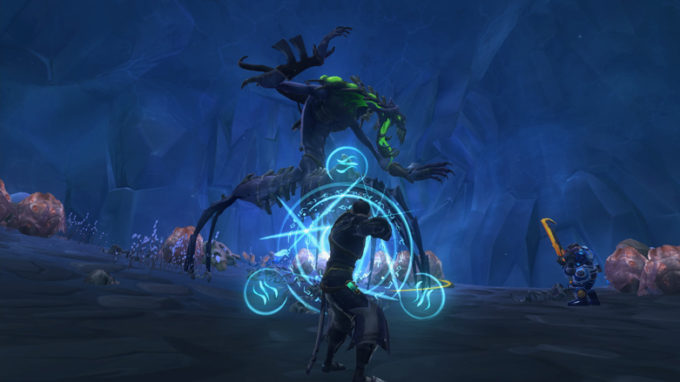 PvP isn’t all there is to the endgame though. Great dungeons and raids can bring both casual and hardcore guilds together in unique ways. WildStar clearly excels in this like none other. In fact, the challenges that WildStar’s dungeons present have been toned down since launch. They were just too hard. The method to success in a WildStar dungeon is rarely ever obvious. What’s really great about the instanced dungeons in WildStar is that the fun begins early on. Even the first instances in the game limit trash mobs in favor of inspired boss mechanics. The dungeons in WildStar respect me as a player. They may ask too much of my PUGs at times, but it comes with the territory.

All in all, I couldn’t ask for a more perfect MMORPG than what I created above. There are a few traditional pain points I avoided. Visuals and bells and whistles aren’t as big of a deal because a many games handle this well. If the art design is coherent and well put together, I’ll be happy. The World of Warcraft style is just as appealing as the Elder Scrolls Online. And I suppose if I cared more about story, I’d double dip into The Secret World. To me, the best stories come from the players though. Events like killing the sleeper in EverQuest, World of Warcraft’s Corrupted Blood plague, and Eve Online’s trillion ISK scam can’t be beat.

While such a real world amalgamation seems unlikely as games grow more niche, I can always dream. How would you Frankenstein your Perfect MMO?