If you follow a lot of MMO blogs, you’ve probably seen a lot of good screenshots, and perhaps wished to replicate that level of quality yourself. Or maybe you just want a good visual record of your virtual adventures. Whatever your motivation, there’s an art to taking the perfect screenshot, and our guide can help you master it. 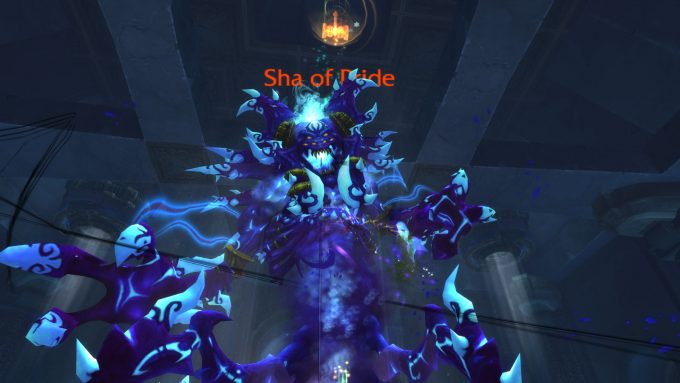 An obvious tip if there ever was one, but still worth saying. For most MMORPGs, taking a screenshot is very easy. Most come with a simple hotkey to take screenshots, usually print screen or a function key. Just check the key binding section of the options menu to find it.

Some don’t make it quite so simple, though. For those games, your best bet is to use some kind of third party software. I prefer Steam for this — it’s a simple, easy solution. Even if an MMO isn’t available on Steam, you can usually get it work via the “Add a Non-Steam Game to My Library” option. If it doesn’t work at first, try running Steam with administrator privileges.

For example, I run Star Wars: The Old Republic through Steam because the game’s innate screenshot function has the distressing tendency to not work during cutscenes and conversations.

Unless you’re looking to highlight some element of the interface, you should always hide it before taking a shot. Otherwise, it will serve only to clutter the shot, distract from whatever you were trying to take a picture of, and generally make the shot look sloppy.

The good news is the large majority of MMOs allow an easy way to hide your UI. A lot of games seem to have settled on alt + Z as the preferred hotkey combo for hiding UI, but some use different methods. In Elder Scrolls Online, the key is not bound by default and has to be assigned manually. I bound it to Insert. 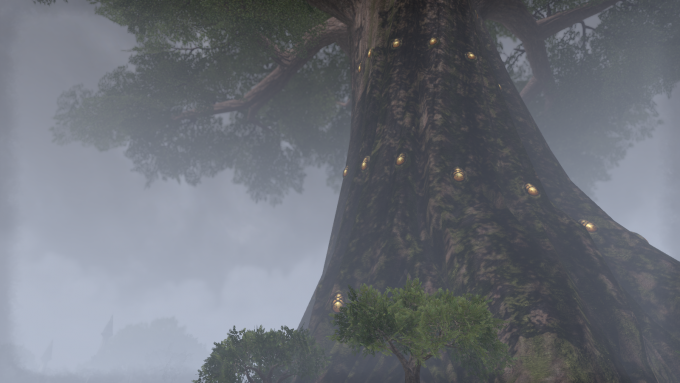 Hiding your UI can be a little dangerous in action shots, but you’ll learn to quickly hide and then restore your UI for a perfect shot. Generally hotkeys will still work even with the interface hidden, too, so with a little practice you can hang in fights without UI for longer, giving you more chance to grab the perfect shot.

I started simply taking the occasional shot of things that struck me as pretty or interesting, but as I’ve grown more serious about my screenshots, I’ve started to find various little ways to enhance my shots.

Say you’ve got a sweet new outfit for your character and you want to record it for posterity. Sure, you can just take a shot then and there and call it done, and that’s fine. But if you want, you can do better.

Find a spot in the game that would serve as a good backdrop — ideally a place with good lighting and maybe some aesthetic or story connection to your character and their new outfit.

Next, consider your pose. Your character need not simply stand there as they model their new duds. Find a good emote, or capture them in the middle of a fight for that heroic flare.

You needn’t settle for the most obvious shot when it comes to environments or other subjects, either. If you find a gorgeous vista in-game, don’t just grab the first shot that presents itself. Find the perfect angle, even if it’s from some place your character wouldn’t normally go. Climb onto a box for more height, or circle around the area until you find the angle that grants the best view.

Recently I was treated to a beautiful view of Zakuul’s Spire by night while playing through Knights of the Eternal Throne, but a large handrail was blocking my shot. My solution was to jump in place and take my shot at the parity of the jump. This eliminated the handrail from view and let me take in Zakuul in all its glory.

Take many shots, keep the good ones:

According to Steam, I’ve taken a bit over 1,600 screenshots in Star Wars: The Old Republic since I started playing about a year ago. However, if I navigate to the file where I aggregate all my MMO screenshots, I’ve kept only around a third of those.

Opportunities for a good screenshot can be fleeting, so I try to seize them whenever possible. If at any moment anything seems like it might be worth grabbing a shot of, I make sure to do so. Often it turns out that my shots weren’t as good as I was hoping, or there was an opportunity to take a better shot of the same thing a moment later.

When in doubt, take the shot. It’s easier to trim the fat later than it is to go back and recreate a beautiful shot that you missed out on.

This is especially true when trying to go for action shots. Animations play very quickly in combat, and a split second can mean the difference between an awesome shot of your character swinging their sword like the epic badass they are, and an unintentionally hilarious shot of them screaming into their own armpit for some reason. If you’re trying to take a good shot in-combat, it’s best to take many shots in rapid succession and hope for the best.

Even in quieter moments, it’s not always fun to spend several minutes figuring out the perfect angle for a shot. The point is still to play the game, after all. It may be better to just grab a bunch of different shots from the available angles and figure out which one you want to keep later.

Always be ready for the perfect shot:

You should always be on the lookout for good screenshot opportunities. Cinematics, major boss fights, and pivotal story moments are always good fodder for screenshots, and you should always have one hand near the screenshot button at such moments, but the opportunity for a great shot can arise at any time. Some of the best screenshots I’ve ever taken have come in the course of fairly mundane gameplay.