MMORPGs are a genre of game that is not, shall we say, known for wild creativity and endless diversity. That is, if you play a lot of MMOs for any length of time, you’ll notice the same themes just keep coming up. This isn’t half as bad as it was a few years ago, when seemingly everyone was trying to clone World of Warcraft down to the finest detail, but you’ll still notice a lot of common threads through most games. 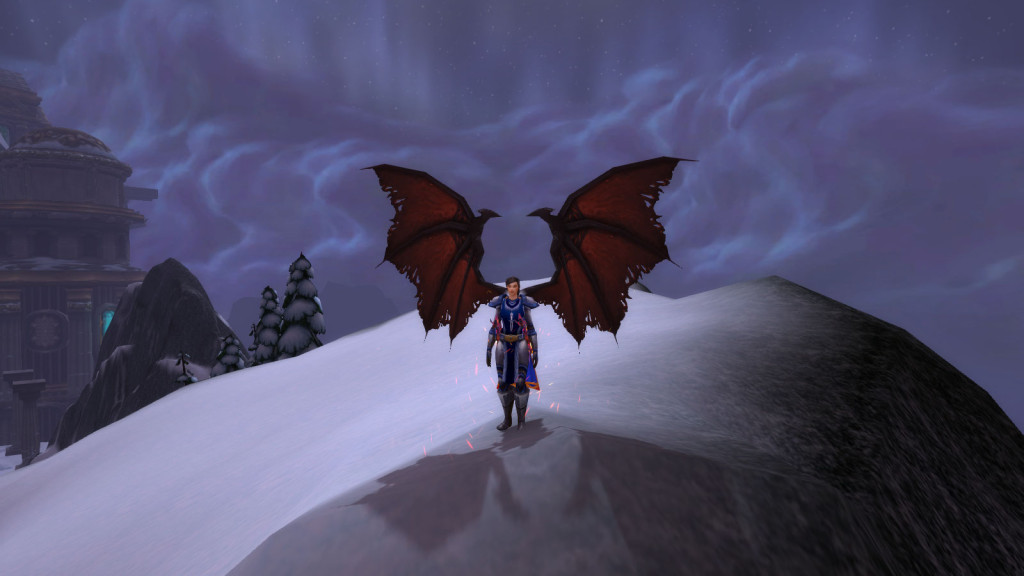 One of these is use of fantasy settings. The overwhelming majority of MMORPGs feature some sort of secondary world high fantasy setting, from old classics like EverQuest and World of Warcraft to newer titles like Black Desert. Sci-fi is a minority, and less exotic settings are rare indeed.

Have you paused to wonder why that is? What is it that makes the high fantasy MMORPGs so omnipresent, even when many players say they want variety? We thought that was a topic worth investigating.

One of the greatest advantages of the fantasy genre is that it has no limits. Anything the human mind can imagine has a place in fantasy. There are no limitations.

This gives developers incredible freedom when it comes to designing systems and environments. Want to do a zone that’s nothing but islands floating in an ocean of magic? Sure, why not? How about having players sprout wings and fight each other in a surreal nether realm? Fund it. A race of humanoid cats with demonic horns? Go ahead.

Other genres are far more limiting. You can’t suddenly drop a new race of semi-humans into a game set in the real world. Even fantasy’s close cousin, science fiction, has to put a least some effort towards realism. Fantasy has no such limits.

Of course, once a fantasy setting has been established, there’s a certain need to be consistent within its rules and internal logic, but when laying the groundwork, the sky’s the limit. 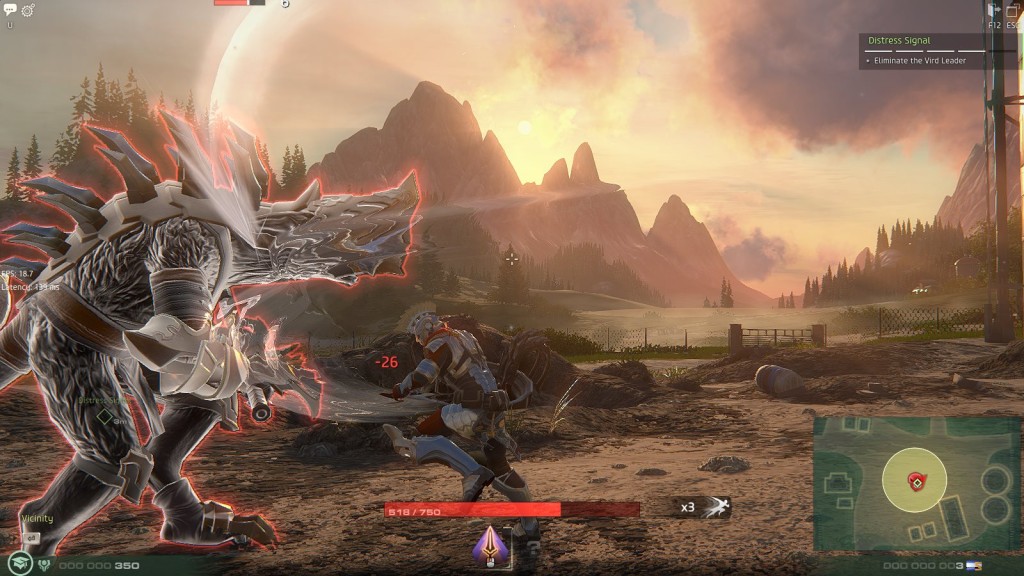 This may be part of why even MMORPGs that do favour sci-fi settings tend to present them with a twist of fantasy flavor. For example, Skyforge, Star Wars: The Old Republic, or WildStar. These games still utilize magic (or magic analogues) and fantastical beasts because technology along doesn’t offer enough  variety. The fantasy elements create a larger, more exciter world for an MMO.

The freedom of high fantasy offers a certain psychological hook for players, as well. Not all developers make good use of the freedom of fantasy, relying on familiar tropes rather than embracing creativity, but even in such games, the knowledge that anything is possible and anything can happen is exciting.

A good deal of the continued popularity of high fantasy settings in MMORPGs may be down to simple inertia. It’s what’s proven popular before, so the industry isn’t well incentivized to shake things up. MMOs are very expensive to produce, and that makes developers and publishers understandably risk-adverse. They’re not keen to take chances when they can bet on a sure thing.

And while it would be too cynical to blame all of fantasy’s popularity on laziness, it’s probably fair to say that creative bankruptcy does play a role in some cases. Some developers don’t want to put that much effort into their worlds, so they just throw together a generic world of Elves, dragons, and bearded wizards.

But inertia isn’t entirely a negative or a sign of laziness. Familiarity lowers the barrier to entry in a game. A fantasy setting carries with it a built-in set of tropes and archetypes that makes it easier to standardize mechanics somewhat.

For example, if you played a mage in Game A, there’s a pretty good chance playing a mage in Game B will provide much the same experience, shortening your learning curve. This makes it a lot easier for people to make decisions on what to play, to understand their roles in a group setting, and to know what to expect from a game in general. This might be part of the reason people keep coming back to high fantasy MMORPGs, even when they claim they want something fresh.

There’s history to consider, as well. The earliest roots of MMORPGs can be traced back to tabletop role-playing, and while that eventually grew to include many genres, tabletop RPGs like Dungeons and Dragons were originally high fantasy through and through. Fantasy as a genre is hard-coded into the most fundamental DNA of the RPG genre, including MMORPGs.

Fantasy has been such a big part of the MMO landscape for so long that it’s hard to even separate the genre’s core mechanics from such a setting. The traditional melee tank role, for instance, is hard to translate to a modern or futuristic setting, because why would you run into close quarters when guns are an option? It’s not an unsolvable problem, but it illustrates how core the fantasy setting has become to MMORPGs.

Another factor may be that fantasy has been on the rise in popular culture even outside of the gaming world.

Long held to be the domain of greasy nerds in their parents’ basements, perhaps even more so than sci-fi, fantasy is starting to become cool.

The Harry Potter films and Peter Jackson’s Lord of the Rings and Hobbit films were massive box office hits and went a long towards bringing fantasy into the mainstream. HBO’s Game of Thrones has established itself as one of the most popular and critically acclaimed shows on television, further legitimizing the genre

Suddenly fantasy has clout, and more and more people are looking to jump on the bandwagon. MTV has adapted Terry Brooks’ Shannara books into a TV series. Netflix is doing the same with the Legend of Zelda games. 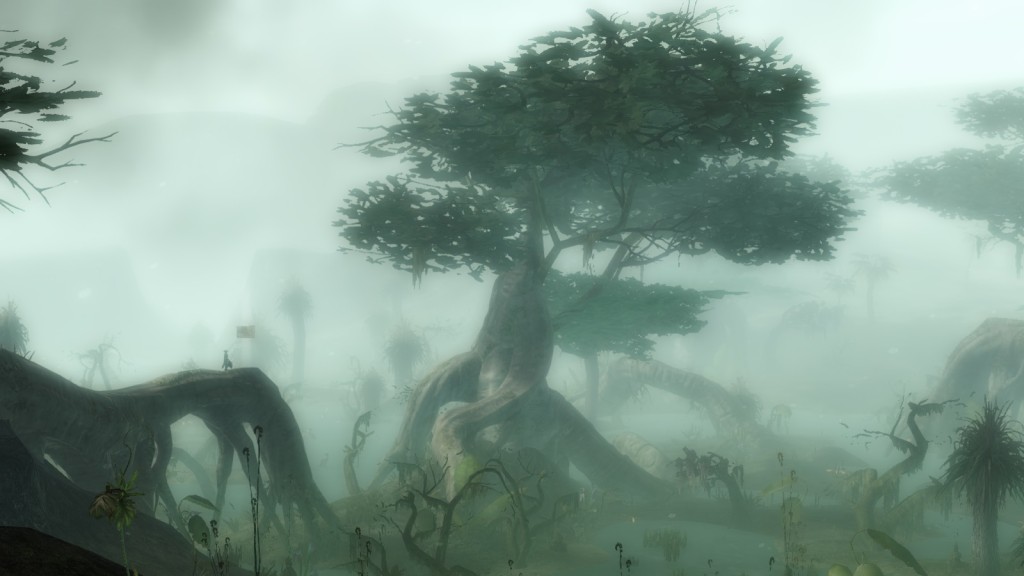 So it seems MMOs have simply been ahead of the curve. Fantasy is becoming the in-thing, and here are MMOs with a vast stable of ready-made fantasy games. With the genre continuing to gain increased mainstream popularity, a high fantasy MMORPG has more reasons than ever to stick to their swords and sorcery.