More options, more choices. That’s what I want out of my MMORPGs. That’s what I expect. I don’t want a treadmill for my character but a wide open park to roam free. Horizontal progression is that park.

The vast majority of MMORPGs use vertical progression for character advancement. Vertical progression uses a limited number of ascending levels to define power. As players accrue experience, the character levels up. Each additional level explicitly enhances the character’s power. Higher levels come with the ability to wear better gear and use better skills. It’s widely used in single player RPGs as well, a place where I think it is better suited.

The advantage of vertical progression is how easy it is to sense improvement. Since each level undeniably increases a character’s overall effectiveness, progress is clear. This provides a clear incentive for players to play the game to increase those levels. A new whirlwind attack and twenty more strength points will be just enough to take on that new dungeon. Vertical progression holds our hand and guides us on the well-traveled path.

Vertical progression also gives us clear insight into which challenges we should be fighting. If level of enemies match our character levels then it’s game on. Otherwise we’re setting ourselves up for a one-sided stomp. The problem with this is that the MMORPG becomes less about interesting mechanics and more about numbers. And I love interesting mechanics. That rationale has been the basis of suggesting we kill the holy trinity and why Landmark is better than Steam reviews suggest. Adventure should be less about mad calculations and more about creative thinking. Horizontal progression gets us there.

Horizontal progression in MMORPGs replaces vertically ascending levels for a relatively flat advancement system. Growth comes from gaining access to a greater array of skill and spells but with limited concurrently “equipped” abilities. Each ability comes with its pros and cons so in horizontal progression, the player decides the best combination instead of the game’s leveling system. It’s sort of like pure democratic voting vs. vertical progression’s militaristic chain of command. In the former, every skill gets fair representation and incentive for usage. In the latter, there’s a clear answer as to which are the better skills. This ambiguity creates options for the player to let them determine how to best overcome encounters. 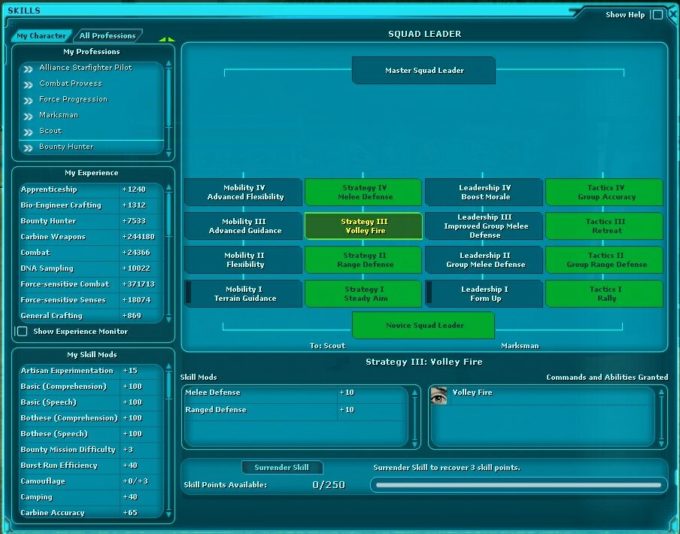 I mentioned above how vertical progression ultimately comes down to a numbers game. To challenge the player, the developers must provide content with a roughly equal level or power rating. But then the players advance and the developers need even more difficult challenges. This loop creates an infinite power creep and splits MMORPG communities between the haves and have nots. Bigger numbers become all that matter with no meaningful way for high levels and low levels to interact. To me, this is where the grind first rears its ugly face, and I’d love to do nothing more than remove grinding from MMORPGs.

We complain when our life gets boiled down to a number, but that’s just what vertical progression does. Players either have the proper levels and gear score combination or they don’t. It’s a binary determination created by the game’s developers. The community fracture this creates is fairly unique to MMORPGs amongst multiplayer games. It also makes for a repetitive endgame since artificial gear gates give us “something to do”, but there are further advantages implicated by a horizontal progression system.

Horizontal progression also encourages developers to provide interesting encounters.  Challenges in such a system come from new mechanics instead of bigger numbers. It’s not all that difficult for developers artificially inflate difficulty by using levels as a content gate. It keeps players moving along the expected route and definitively awards them access to new enemies and new locations. To me, this doesn’t feel intrinsically rewarding. Sure, time has to be spent to level up but it’s less satisfying knowing that anyone can do it. This game design philosophy makes think about how everyone gets the same trophy in little league, win or lose (relevant video for emphasis).

Don’t me wrong. I’m not looking for MMORPGs to add Dark Souls level of difficulties to their encounters. There’s a place for exclusionary levels of challenge, and MMORPGs are not it. I just don’t want my character’s advancement to be purely predicated on grinding. I’d like to see more resources devoted to enemies and encounters with ambiguous strengths and weaknesses vs. particular abilities. Then players can decide which mix of skills to pull out of their horizontal toolkit. To me, personally selecting that right mix of abilities to overcome challenges is infinitely more rewarding than using a predefined arrangement.

For Best Results: Use Two Parts Horizontal, One Part Vertical

I don’t want to leave vertical progression completely out in the cold though. Seeing numbers go up with obvious power improvements is enticing. I just don’t want numbers to be the only thing that matters. In an ideal horizontal progression system, each of these myriad of skills could be leveled up to some limited degree. I don’t want to get into a never-ending  progression loop but improving a skill through use would continue to fuel player achievement. Mastery of a skill shouldn’t take too long (what’s the point otherwise), but could be something to improve when the desire to grind arises. It’s pretty well exemplified by the pre-CU Star Wars Galaxies skill system (pictured earlier).

The primary appeal MMOs lie in character advancement. It’s obviously an important system to get right. Vertical progression is the easy, safe answer. Balancing around limited numbers is much simpler than balancing around a wealth of conditions, effects, and attacks with unforeseen interactions. But like my holy trinity argument, I think vertical progression severely limits gameplay opportunities. And laying in wait to enhance those opportunities is the magic of horizontal progression.