An unfortunate reality core MMORPG fans have to deal with is that most of us will never have the time to play all of the MMOs that we want as much as we want. There are simply too many games out there and not enough hours in the day, and the problem only gets worse if you consider the availability of free to play MMOs or want to play single-player games and pursue other hobbies. Sooner or later we must accept that it’s just impossible to play everything that we want to, and then focus in on what we enjoy the most. 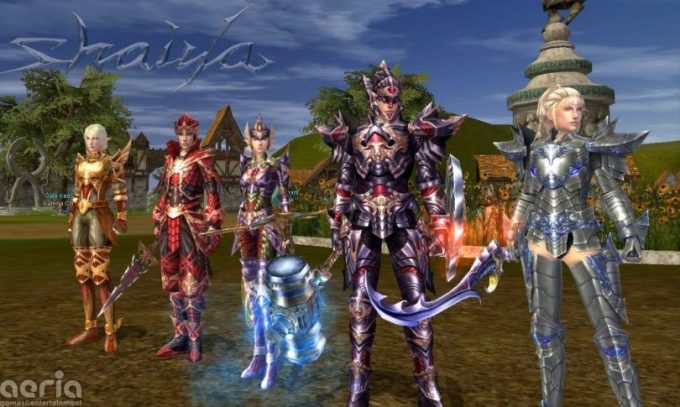 There are, to be blunt, an absolutely ridiculous number of MMORPGs out there right now. As someone who writes about them for work, I pride myself on having at least a basic knowledge of as many MMOs as possible, but even so I regularly face sobering reminders of my own MMO ignorance.

Recently I’ve befriended someone who is an avid player of a PvP-focused MMO called Shaiya. I’d never even heard of Shaiya before, but apparently it’s been running and thriving for years. I was stunned.

And that sort of thing happens a lot. Every time I think I know every game there is, someone comes along to prove me wrong.

Even if we limit ourselves to the more better known, big-budget titles, the selection’s still pretty huge. Even if we take into account that not everyone is going to enjoy every game, it’s still a lot to juggle.

Take me, for example. I regularly play Elder Scrolls Online, Star Wars: The Old Republic, World of Warcraft, and The Secret World (it still technically exists). Those aren’t the only games I want to play; they’re just the games I have time for.

Given unlimited time and money, I’d also be playing Star Trek: Online. It’s a flawed game, but it does let me live out my dream of exploring the universe in a D’deridex warbird. I’d also probably still be playing Neverwinter if I had the time — I never did try any of the tank classes — and the Defiance relaunch has me mightily intrigued.

Oh, and I do still have a soft spot for Aion. And sometimes I miss Guild Wars 2… 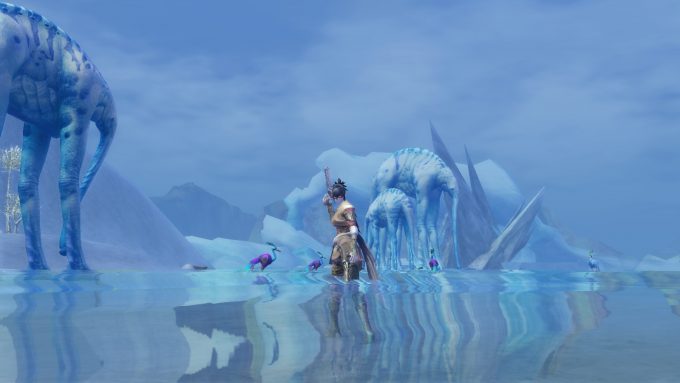 If you’re a longtime MMO fan — and if you’re reading this site, you probably are — you’ve probably had similar conversations with yourself.

The problem is exacerbated by the fact that MMOs are among the most time-consuming games out there.

Of course, playing an MMO is almost synonymous with grinding. In the old days, MMOs weren’t so much games as they were second jobs. That’s much less true now, but some players (and a few developers) still treat them that way. If you spend all your time grinding to put yourself into the top 1% of players, there will be little time leftover for other games.

Even if you’re not getting sucked down a rabbit hole of grinding, though, MMOs still tend to take up a fair bit of time. They’re huge games with a lot of content.

Even the biggest single-player games can’t compare. I’ve heard of people boasting about sinking five hundred hours into Skyrim, but us MMO players call that casual play. I’ve spent closer to a thousand hours in TSW, and I’m downright scared to check my /played time in WoW.

Other genres of online gaming also struggle to equal the time investment of MMOs. MOBAs and arena shooters don’t require the same level of grind to reach the top end — you generally just jump in and play — and are more conducive to bite-sized sessions. MMOs are best enjoyed in longer chunks of time.

It all adds up, and it makes it very difficult to find the time to play every MMORPG that interests you. It’s not nearly so hard to divide your attention when it comes to other genres of games, or even books or movies. Admittedly these days the media is so choked with options you’ll never have the time for everything that interests you regardless of genre, but for MMO fans, the proposition is especially tricky. 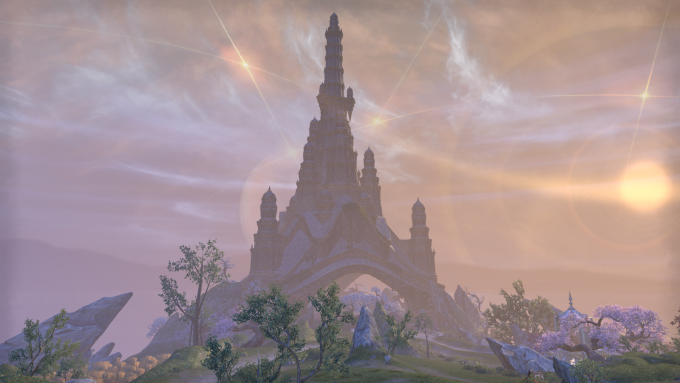 For some people, one or two games is enough. I envy their clarity of focus. For the rest of us, we need to find ways to divide our attention.

The first step is to admit that you will never have the time to play every game that interests you to the extent that you might want. Instead, it’s better to prioritize. Pick the games that are most important to you and focus on them.

It can also help to make clear plans within each game. Ask yourself what your favorite parts of each title are, what in-game goals are most important to you, and what the most efficient ways to achieve them are.

I’ve found it’s much easier to juggle different games if you let go of your instinct to “keep up with the Joneses.” When you stop caring about being behind the curve or how you compare to other players, it’s much easier to focus on the game and do what makes you happy. The less time you spend on in-game chores that don’t really matter, the more time you have to spend on activities you do enjoy, and on other games.

Even so, though, you’ll probably never reach the point where you have the time for absolutely everything you want to do. Maybe I’ll never get around to piloting that D’deridex or leveling that oathbound paladin.

But if you plan well and make good decisions, you can enjoy most of the games you want to. It’s just a matter of priorities.

4 thoughts on “The Impossibility of Playing Every MMO”