The MMORPG holy trinity has been around for ages. For those unaware, the holy trinity is a paradigm of balancing combat around three roles: tank, healer, and damage. Its roots can largely be attributed to Dungeons & Dragons where a front-liner, healer, mage, and thief were necessary to succeed. Recent editions of D&D have somewhat moved away from that, and good dungeon masters can balance adventures to conform to all but the most bizarre parties. Yet, the MMORPG holy trinity has persisted well into 2016. 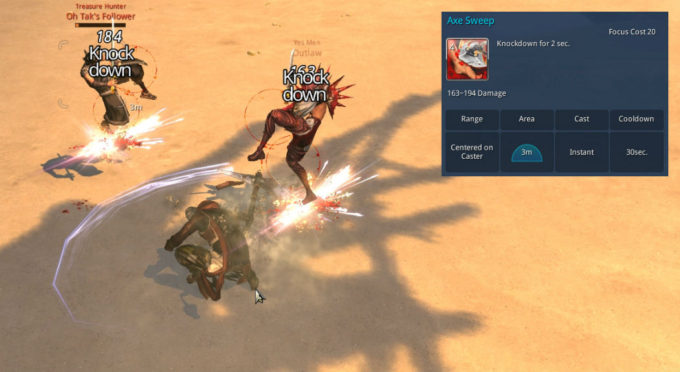 To be fair, it’s not a particularly bad foundation. Damage dealers make up the bulk of groups and just try to kill things as fast as possible. The tanks, with their massive damage mitigation, taunt enemies away from killing the damage dealers. Cleric types keep the tanks from dying.  Everyone gets a role and everyone gets to contribute. It’s also relatively easy to balance because damage, damage mitigation, and healing can all offset. The problem is that conforming to such a system stifles innovation. Players spend the majority of their MMORPG time in combat. It stands to reason then that combat in MMO titles should be innovative. Otherwise, why not play the top MMO games that already do a great job with the holy trinity?

The lack of innovation that the holy trinity breeds forms the crux of my issue with the popular model. It’s simply been done to death at this point. I can only groan at class selection when I realize what fate awaits me. Regardless of which role I choose, I’ll get relegated to a one trick pony. I didn’t mind that for a time, but it’s dreadfully dull now. Even if it can be challenging at times to juggle aggro or play the heal bot, that doesn’t make it interesting.

What’s the alternative? That’s a pretty complex question, which is why so many developers are reluctant to leave what they know. Damage is clearly a necessity of combat (things have to die, right?), but in my mind decreasing taunty tank and healy priest roles is what will move us away from the holy trinity.

At their most basic level, healers and tanks both play support roles, and there are no shortage of support abilities. Examples of support abilities include crowd control, buffs, cross-class abilities that temporarily emulate other characters, and damage mitigation. For those worried about healing, it can exist perfectly fine outside of the holy trinity. Guild Wars 2 uses classes with familiar archetypes but without a holy trinity balancing mechanism. One of the ways in which they accomplish this is by providing every class a healing ability. I’m personally not a fan, but it works and is certainly innovative. Ultimately, Guild Wars 2 allows for a wider range of party compositions because of this. If everyone has priestly healing abilities then it eliminates the most common grouping bottleneck. That said, MMOs can also exist without healing (though I’m not aware of any developers who have been brave enough to try it). 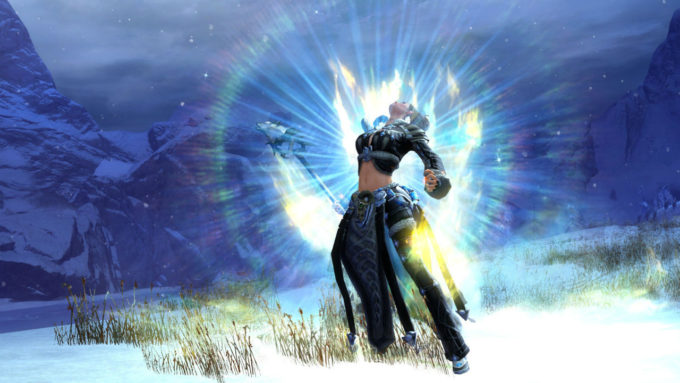 For those seeking inspiration, an alternative support model already exists on a smaller scale. MOBAs like League of Legends and DOTA2 strategically necessitate a support role for their 5v5 matches. Some support characters can heal but many cannot. Supports fill their role with a variety of tools such as crowd control, shields, escape mechanics, buffs, and limited heals. Pure supports could certainly still exist in an innovative MMORPG, but I’d like to see these tools spread out across all classes. Ideally dungeons in such an MMO could be crafted so that adventuring parties will always have a weakness. This enhances replayability and creates genuine difficulty as parties must strategize how to overcome their collective shortcomings.

These shortcomings could be overcome by exploiting a new AI threat system that eschews generic aggro based taunting in favor of individual targeting methods. The current holy trinity system bases mob aggro solely on numerical taunt/damage/healing threats. This leads to limited ways for players to react and limited methods in how to compose parties. Instead, monsters should target based on their move set. For example, some enemies might focus on who’s closest, the lowest health character, a player activating a mechanism, the most recent spell caster, or even who is wearing shiniest clothes. Not only does this add flavor to drab monster AI, but it forces players to adapt to situations and play with an “out of the box” mindset. Bouncing aggro is suddenly an interesting mechanic for the entire party instead of just one player.

Typically, looking for tanks and healers stall out parties faster than a troll ninja looting an unequippable rare. Most players want to deliver damage, strike the killing blow, and loudly proclaim their hero status. Like in MOBAs, tanks and healers rarely get star treatment, even if their talent really saved the day. I know this is dangerous, but I want the onus of typical holy trinity tanking and healing spread across everyone’s shoulders.

Ultimately, I want to kill the MMORPG holy trinity because I feel that developers fall back on that method instead of looking to create something new. We just end up with these rehashed combat systems that fall flat because they’ve already been done (and done better). The wole thing reminds me of a movie called Multiplicity with Michael Keaton. In it, he creates a clone of himself to handle time consuming chores. That clone then thinks the same thing and clones himself. This cloning saga repeats ad nauseam with each clone spawning as a progressively dumber version of Michael Keaton. That’s how I feel about holy trinity MMOs. Modern releases feel pretty dumb compared to older generations.

It’s unfortunate that MMOs cost so much to make. Publishers are less likely to take risks when so much is on the line. We can’t rely on indie studios to usher in innovation as they do with smaller scale projects. Killing the holy trinity might be a major risk, but there are definitely success stories. Blade and Soul and Black Desert Online, the biggest MMORPG launches in the West this year, have built a strong following without mandatory party compositions. In fact, I recently estimated Blade and Soul as one of the most played free MMORPGs.

Here’s to a future where innovation reigns supreme over the holy trinity’s mundane corpse.

3 thoughts on “Can We Kill MMORPGs’ Holy Trinity Yet?”