We’re now well into the second week of World of Warcraft: Legion, and while the “new expansion smell” is still in full effect, people are beginning to settle in. I’m very much the sort of person who likes to stop and smell the roses, so I’m not as progressed as some people, but I think I’m starting to get a feel for what sort of an expansion Legion is.

So far, Legion is looking good. I’ve certainly been enjoying myself so far, and while there have been complaints here and there, the feedback from the community seems mostly positive so far. If nothing else I think we can say with certainty this will be a better expansion than the universally reviled Warlords of Draenor — not really a high bar to clear.

Yet the bitterness from WoD does not die easily, and I can’t banish my worries about World of Warcraft’s future entirely. What if Legion isn’t so much a change of direction for the positive as it is a stroke of luck by a development team that’s still chasing its own tail?

Off to a good start:

Firstly, it does need to be said that so far Legion has been a pretty good ride. There have been some stumbles — Blizzard’s attempts at making professions more interesting, for instance, have succeeded only in making them even more tedious and unrewarding than before — but the good is definitely outweighing the bad right now.

The new artifact system, which gives every specialization a mighty weapon with its own unique powers and storyline, may well be the best thing to happen to the game in years.

Artifact quests themselves are awesome. Their story-telling is as good as anything WoW has done, and they offer a healthy level of challenge — not brutal, but enough to force you to fully explore the toolkit of your class. Each one takes a little under an hour, which is long enough to feel substantive but not taxing. They’re a great way to encourage playing alts, and they’re just fun.

Artifacts themselves are also pretty enjoyable. Unlocking traits makes leveling feel more satisfying, but since you can eventually unlock every trait, there’s no worry of painting yourself into a corner with a bad build. 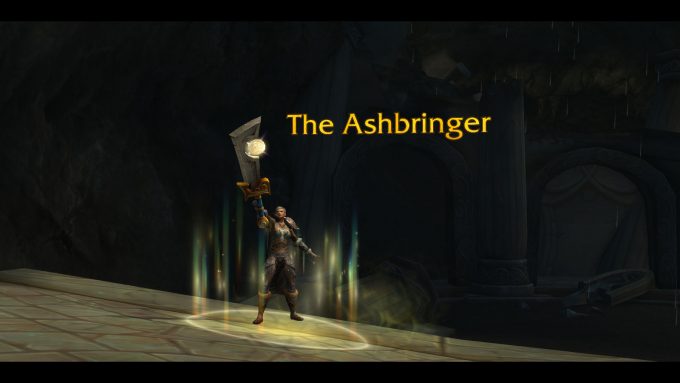 They can make playing alternate specs a bit more challenging, and unlocking traits is perhaps a little more of a grind than it needs to be, but there are catch-up mechanics in place to keep either of those issues from becoming too severe, and likely more will be added as the expansion progresses.

Similarly, the new class stories have proved very exciting so far. Each has a unique flavor appropriate to the class and is of an incredibly high quality for something only one twelfth of players will ever see. They are a little overly time-gated, and the physical order halls don’t seem to serve much purpose, but again, the good outweighs the bad.

The more traditional content seems pretty good so far, too. The dungeons and leveling zones aren’t the best WoW has done by any stretch of the imagination, but they’re still pretty good, and certainly better than anything Warlords of Draenor offered.

Taken all in all, Legion is shaping up pretty well right now.

So why is there still this nagging worry in the back of my mind?

Fears for the future:

The trouble is that Warlords of Draenor didn’t happen by accident. It was the result of some deep-seated cultural and philosophical issues within Blizzard.

Right now, I’m not seeing a lot of evidence that those issues have been addressed. I personally would have been very comforted if Blizzard had come right and said that they messed up with WoD, that they were going to do better, but we haven’t seen much of that, and there’s already some evidence of them repeating their mistakes. 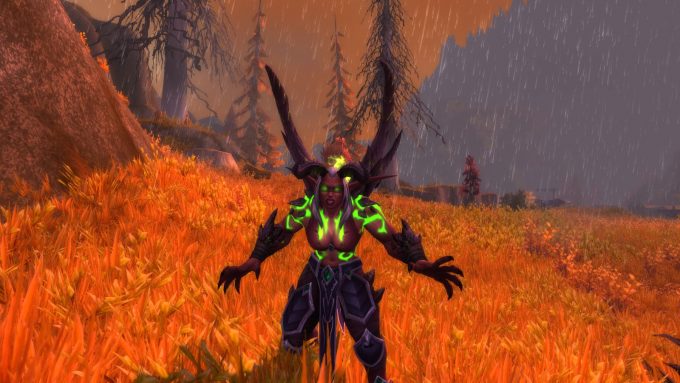 Let’s look at the issue of flying mounts, one of the biggest debacles of WoD. Blizzard disabled their use in current content and said they would be re-enabled at a later date, but refused to give a straight answer on how or when for months. Eventually they declared that flying mounts — the number one prestige reward in World of Warcraft and a staple of its cash shop — would be permanently disabled in all new content going forward.

This caused a massive fan backlash and no end of poor publicity for Blizzard. Eventually, they caved to pressure and decided to bring flight back… but only after a pretty intense grind.

You’d think they might have learned something from how much resentment that mess engendered, but they clearly haven’t, because they’re doing it all over again. Flying mounts are currently disabled in Legion content, and Blizzard refuses to give a clear answer on when that will change.

Part one of the achievement required to unlock flight is already in the game, so that at least lowers the chance of them reneging on their promise this time, but I still wouldn’t rule it out. And then there’s the issue that the current achievement is at least as big a grind as WoD’s, and it’s only part one. All this just to be able to use mounts we’ve already spent dozens of hours or in some cases real world cash to earn.

If you ever doubt that Blizzard’s decision restrict flying is anything but an attempt to artificially pad the length of content by shoe-horning in another lengthy grind, look no further than the Flight Master’s Whistle. This an easily obtainable item that instantly teleports you to the nearest flight point, with only a five-minute cooldown.

It’s about the most immersion-breaking, content-skipping thing possible — everything they claim to dislike about flying mounts, except worse, because on a mount you’re still traversing the world and can stop if you find something interesting. 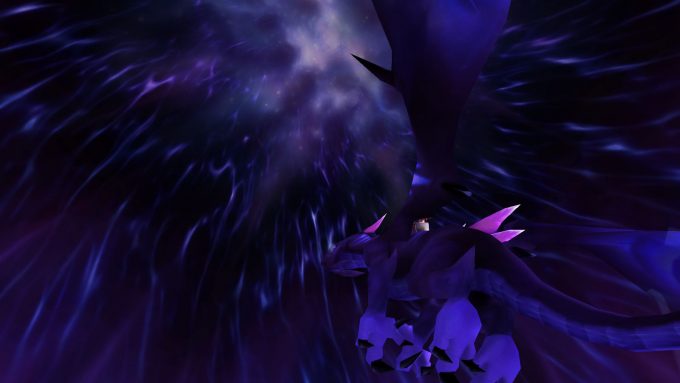 But it still doesn’t offer quite the same convenience of unlimited player flight, nor does it let us use all those fancy mounts we’ve worked so hard to obtain, so it keeps the Pathfinder achievement a valuable carrot to chase.

One could also point to the oft-lamented “raid or die” mentality that has tended to define so much of WoW’s history, and especially Warlords of Draenor. For Legion, Blizzard has set out to make five-man dungeons a more viable alternative. That sounds great until you realize how they’re doing it.

Many of the new dungeons in Legion are limited to mythic difficulty only, meaning they can’t be accessed via the dungeon finder, and the meaningful rewards for all dungeons are from increasingly difficult mythic + modes. So if you want to actually progress via five-man content, you’ll need an established group of skilled players.

The upcoming five-man revamp of Karazhan in patch 7.1 will feature a whopping nine bosses and is intended to take potentially a few days to complete a single run.

So really, it’s still raid or die. The only difference is that now you can raid with a smaller group. That might help some people, but it’s not doing much to address the core problem. More casual players are still being tossed to the curb, and those who already enjoyed five-man content are in some ways losing access to it. 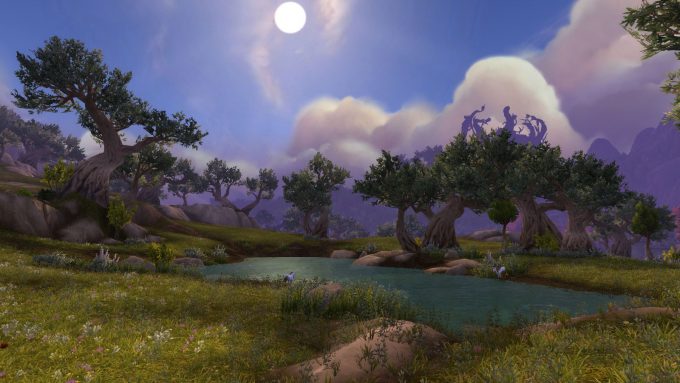 Another major mistake of recent expansions has been temporary content. Entire epic quest chains — in some cases crucial to understanding the story — have been deleted entirely from Mists of Pandaria and Warlords of Draenor, and WoD’s massive garrison system was completely abandoned.

Now they’re planning to do it again with artifacts, which have already been confirmed to be going away after Legion. One can only imagine how much work it will be to re-balance every class without their artifacts, or how much it will suck to be the player replacing the Ashbringer or the Doomammer with a random Pointed Stick of the Bear come 8.0.

This is one of those times I think Blizzard’s massive success has almost become a detriment. Most developers can’t afford to burn money on temporary content like this. It’s the game development equivalent of washing your car with Dom Pérignon.

There’s more examples I could give, but I think the point has been made.

Warlords of Draenor was the result of extreme favoritism by Blizzard toward a very narrow band of players, a belief that players will like whatever Blizzard says they like, and a willingness to take their fans for granted. All of that still seems to be true in Legion.

I don’t think Legion will be another WoD, but I do think another WoD is inevitable unless Blizzard gains some humility and takes a good, hard look at themselves and their attitudes towards the game.

In the meantime, I think the best advice is to enjoy the good parts of Legion while it lasts. It’s a long way from perfect, but it’s still a breath of fresh air compared to WoD… and perhaps whatever will follow, too.

9 thoughts on “Legion Is off to a Strong Start, but I’m Still Worried”