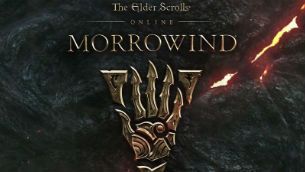 Elder Scrolls Online is hard to beat for immersion, breadth and depth of content, and customization. Read Review 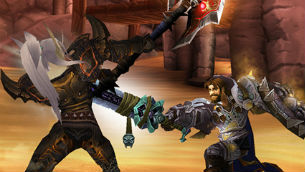 World of Warcraft defined the genre and does all classic MMO components as well as any game. Read Review

Disclosure: Games are independently reviewed. However, MMOBro.com may receive compensation from companies associated with the above games or third parties.
Page 1 2

What is a Fantasy MMO?

This is by far the most popular setting when it comes to massively multiplayer games. Fantasy MMOs draw from a large pool of inspiration. Most people will think of something along the lines of Tolkein-esque worlds, Dungeons and Dragons, elves, medieval knights, and magic. And that’s obviously a very big part of the genre. Fantasy MMORPGs essentially popularized the whole MMO genre in the late 90s. Games like Ultima Online, EverQuest, and Asheron’s Call brought thousands together to role play in all new ways. The common denominator of those games? The theme.

Since then, the genre has evolved into a myriad of options. Western and eastern developers have crafted worlds in their own image. This has led to interesting parallels such as those found between World of Warcraft and Guild Wars 2. Though both offer high fantasy, World of Warcraft uses a more traditional assortment of races and classes compared to Guild Wars 2. In fact, WoW’s world itself is very easy to relate to for anyone with experience with Lord of the Rings or Dungeons & Dragons. This grants an accessibility that has to so much of its success. GW2 is still fairly familiar to audiences that grew up with literature that built high fantasy, but with a few twists. Ultimately, the settings of these are more similar than not compared to the east Asia take on fantasy MMOs.

Asian MMORPGs such as Tera and Lineage offer a distinct style. Typically these have an anime or cartoonish appearance. Almost all of the eastern fantasy MMOs work on a free to play model. In fact, that area of the world essentially began popularizing the model around 2005. At the time, a lot of Korean MMORPGs were finding their way into homes across the globe. They blended a familiar fantasy theme with Asian culture. Character models were more feminine, grinding was big as a badge of honor, and combat was a lot flashier. Unfortunately, most of the games to first go global were rather generic with massive pay to win shops. Eventually though, legitimate free fantasy MMORPGs from Korea, China, and other countries were making their ways into people’s homes.

Ultimately this category boils down to a few distinctions. The world needs to be unique and imaginative. Supernatural or magical elements should be included. The technology of the world is generally of a medieval level, but may include some mechanical elements. Computers and advanced technology brings things into the sci-fi MMO realm so those are out. Mythology also has a place here where the supernatural, imagination, and archaic science is quite relevant. If winged angels, wizards, dragons, swords, and sorcery are what you’re seeking then a fantasy MMO will be the answer.