Around this time of year, holiday events are springing up in MMORPGs like desperate last-minute shoppers at the local mall. Rare indeed is the game that doesn’t throw together an in-game event to coincide with the winter holidays. 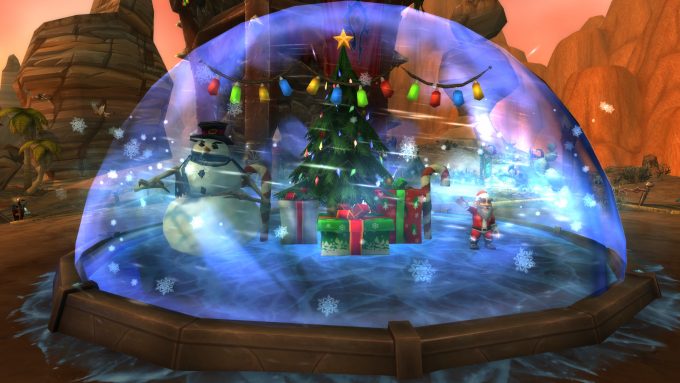 Of course, Christmas isn’t the only real world holiday MMOs like to jump on. Most will also throw something together for Halloween, and depending on the game, you might also see events for Valentine’s Day, Easter, or any number of noteworthy occasions.

Unfortunately, there’s one common thread that runs through nearly every holiday event in nearly every MMO: They’re pretty lame. What should be joyous times for the players to come together and celebrate often end up feeling more like half-hearted formalities at best, obnoxious chores at worst.

Let’s look at why MMORPG holidays tend to be so underwhelming, and how they could be improved.

There are few things better at shattering your immersion in a game than suddenly seeing a boatload of Christmas lights, Jack-o-Lanterns, or Easter eggs appearing in your secondary world high fantasy setting. It’s a great way for developers to scream, “HEY, THIS IS JUST A GAME, NOT A REAL PLACE, IN CASE YOU WERE WONDERING.”

It’s cheesy. It’s tacky. It’s just painfully out of place. Yes, MMOs are no stranger to pop culture references or occasional moments where the fourth wall is broken, but there’s a difference between slipping the occasional pun into a quest title and drowning the game world in a flood-wave of tinsel as players rush off to save Metzen the Reindeer. 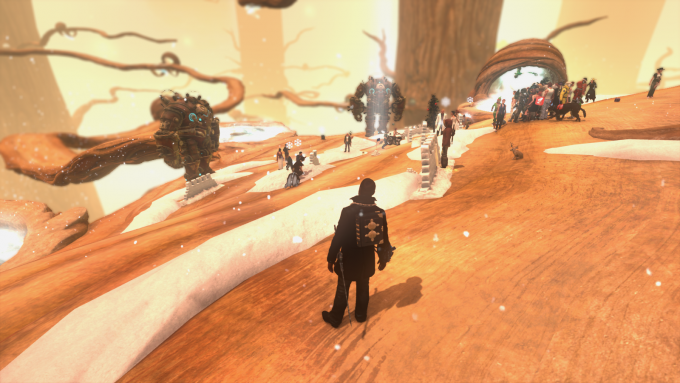 And the thing is, it doesn’t need to be this way. I can definitely understand the desire to implement in-game holidays to coincide with those in the real world, but that doesn’t mean they need to totally copy real holidays.

With a little care, MMO holidays could be made to tie-in to the established lore, serving to add depth and flavor to the setting rather than detracting from it. There are many historical pagan traditions related to solstice and equinox festivals that could easily be adapted to fit within the high fantasy settings of most MMOs.

World of Warcraft’s Midsummer Fire Festival is one of the game’s few holidays that isn’t directly based upon anything in the real world, and it feels so much more like a natural fit for the game. The Secret World also does a very good job of marrying its holiday events with in-game lore, though it does have the advantage of being set in the real world to begin with, and while Elder Scrolls Online has only just started holding in-game holidays, they’re doing a pretty good job of making them fit into the setting.

They’re anything but holidays:

What do you remember most about Christmas as a child? As nice as it would be to imagine you answering with something about quiet reflection on peace and fellowship, I’m going to guess you said something along the lines of, “Presents!”

And you know, that’s okay. It’s fun to get something new and shiny to play with.

MMO developers don’t seem to understand this, though. Oh, sure, they always add lots of new loot, but they’re definitely not giving it away. 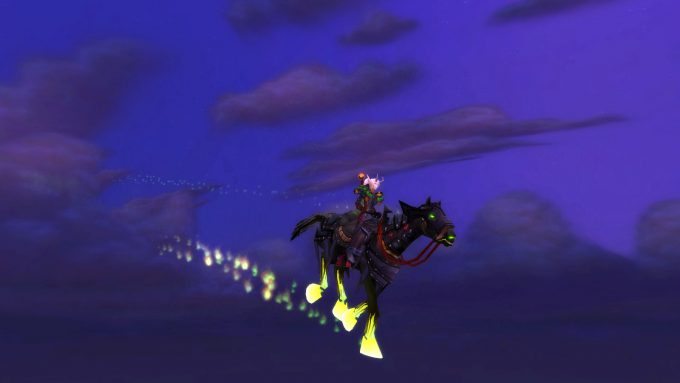 Almost without exception, MMO holidays are extremely grindy affairs that require you to run event-specific quests, dungeons, or world bosses until your eyes bleed. If you’re lucky, you’re only grinding for event currency that will (eventually) net you whatever you want. If your game’s developers are really channeling their inner Scrooge, though, the best rewards might be rare drops, and you could go the entire event without ever getting what you’re after.

And since events generally only last a week or two, this could go on for years. It took me nearly half a decade to get the Headless Horseman’s mount from World of Warcraft’s Halloween event, and some people who’ve been playing longer than me still don’t have it.

To add insult to injury, oftentimes MMO event rewards aren’t even that good. Usually it’s just cosmetics, which may not even be permanent, or very sub-par gear that’s almost never worth actually equipping.

This probably stems from the stingy nature of MMO developers in general. Somewhere along the line developers fell in love with the idea of grinding in MMORPGs, and most of them seem to have lost sight of the idea of things being fun simply for fun’s sake.

Again, The Secret World provides a good example of how to do things better. While its holidays’ most rare rewards can still be somewhat difficult to acquire, they shower you with so many different kinds of loot — both cosmetic and practical — that you’re bound to get something you want, and events are often paired with bonuses to character experience or currency gains, adding to the festive feeling. 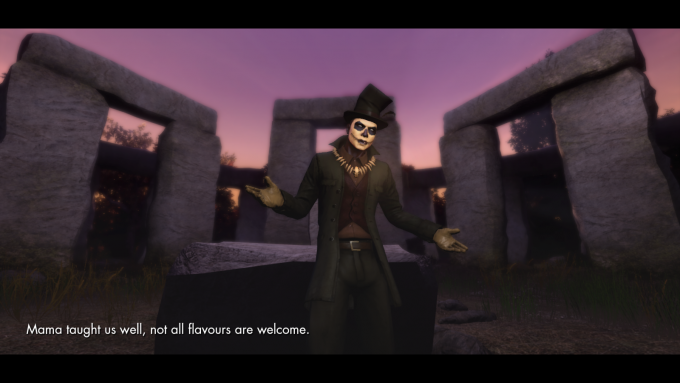 While you can find exceptions to the rule, most MMOs simply add a holiday event and then leave it be from then on in. At best, they might occasionally add a single new quest or a little more loot to grind for.

The end result is that it’s very hard to get excited about MMO holidays after your first year in a game. Even if a game has the absolute best holiday events in every other way, it’s still going to be far less exciting the second, third, or fourth time it returns.

In order to feel like something truly exciting, in order to be an event players of all stripes look forward, MMO holidays need to add something significant every year — or at least more often than not.

I imagine MMO developers are reticent to put too much work into holidays because they only last a few weeks a year, at most. But when you think about it, it’s a worthy investment. Holidays return every year, so it’s not really temporary content, and over the long haul, new holiday events do pay dividends by keeping veteran players engaged and providing a wealth of exciting content to newer players.

This is another area where The Secret World tends to do better than most MMOs. Unfortunately, they have been falling behind when it comes to adding new content to their winter event, but they are still adding new events to Halloween every year.

Putting it all together:

A holiday event in an MMORPG should be designed to fit within the context of the game world. It’s okay for them to coincide with and maybe even take some cues from real world holidays, but transplanting Christmas into the virtual realm wholesale is simply tacky. 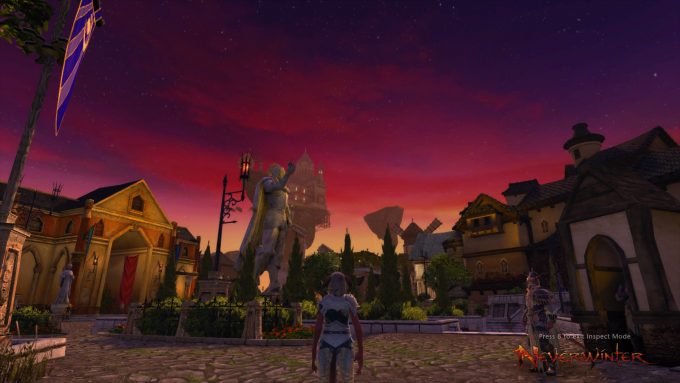 Secondly, if you’re going to have an in-game celebration, make it a real celebration. Don’t make it little more than a thinly veiled excuse to cram yet more grinding down players’ throats. Make holiday rewards relatively easy to obtain, or make the game’s other grinds temporarily more rewarding. Or both.

Finally, keep it fresh. In-game holidays don’t have to be massively overhauled every single year, but there does need to be new additions with some degree of regularity, or things will get stale. An event that’s exactly the same as the event you’ve done every other year just isn’t exciting after a while. People will stop logging in, and that will put a real damper on the festivities for those who are still participating.

As you might have gleaned from the sections above, I’d give The Secret World the award for the best in-game holidays right now. This is a game that decided to unleash the zombie apocalypse in lieu of a more traditional Christmas event, after all, and some of their events have been real triumphs of design.

That said, Elder Scrolls Online also seems to be putting forth an admirable effort. I also recall Neverwinter did a surprisingly good job of integrating its events into the game setting and offering good rewards, though they could be awfully grindy.