Whether it’s attributes on gear or points spent on the character sheet, character stats are one of the most universal aspects of MMORPG design. If you looked hard enough, you might be able to find some MMOs without character stats, but it’d be a pretty short list. 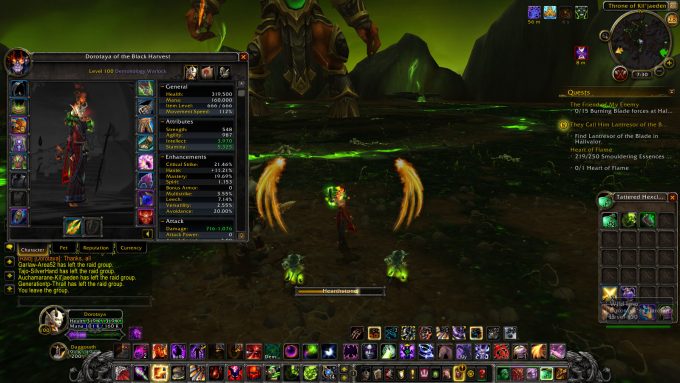 And yet there are a lot of problems inherent with the way MMOs handle character stats. These problems are so fundamental and so widespread that you probably don’t even think about them most of the time, but they’re no less real despite that, and I have a much harder time identifying what good stats actually do.

It’s enough to make you wonder: Are character stats serving a purpose in MMOs?

First, let’s think about what character statistics are supposed to do. The theory is generally that they help you customize your character. In tabletop RPGs, where the concept originated, different stats could benefit you in different ways. Spending points in intelligence or wisdom could, for example, help your character understand ancient lore or solve puzzles, while more dexterity might help with lockpicking or other manual tasks, and strength could allow them to lift heavier objects as well as deal more damage with physical attacks.

However, video games, and especially MMOs, tend to focus much more on combat instead of non-violent activities, so in MMOs stats usually focus entirely on combat benefits.

In theory, this should still allow for character customization. You can stack haste on your gear to be a character who attacks very quickly, or you can ignore haste and favor critical strike in order to attack slower but hit harder.

Now let’s look at the problems inherent in the way most MMOs handle character stats. 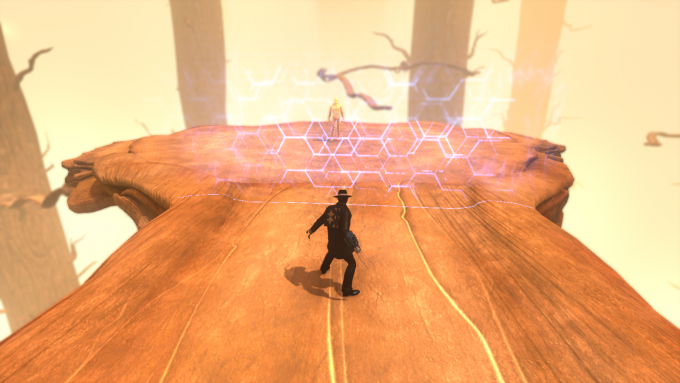 Mostly, it comes down to math. More specifically, the fact that when things are boiled down to pure numbers, it is possible and in fact inevitable that someone will calculate the mathematically best solution.

Once that happens, choice pretty much evaporates. It doesn’t matter if you want a haste build if the only viable build for your class favors crit. You’re only holding yourself back if you don’t use the mathematically best stat builds.

You can go against the grain if you want, but it’s usually not worth it in the long run. I’ve done a lot of non-traditional builds in MMOs, but I’ve gotten so much grief from my fellow players that in the end I’ve almost always given in and gone with the “best” option.

This is less of an issue in non-MMO RPGs. In a tabletop setting, the dungeon master can tailor the challenges to the capabilities of the party, so their relative power level is (nearly) irrelevant, and in a single-player video game, your choices only affect yourself, and there’s no one to judge you if you pick the “wrong” path.

The MMO community is not known for its forgiving nature, so if you step too far off the beaten path of character design, you can expect no end of unsolicited advice or even straight up scorn and derision. Even if you don’t care what others think of your build and are willing to ignore all that, the fact remains that you may be holding your group back, depending on how unusual your build is and what difficulty of content you’re doing.

A choice where there’s only one option is no choice at all. That’s not character customization; that’s a newb trap.

On the other hand, some games streamline stats to the point where it’s virtually impossible to make any bad choices. Star Wars: The Old Republic comes to mind, and World of Warcraft is also starting to lean this way a bit.

I like that you really can’t go wrong here, but it’s still defeating the purpose of stats. If you just mindlessly equip whatever item has a higher level, then there’s still no character customization. It’s a naked treadmill of vertical progression with no personality, no flavor.

Speaking of vertical progression, that can further jeopardize the customization of stats, since often a sufficiently higher level piece of gear will be worth equipping regardless of its stats. If I favour haste, but I then get a piece of gear with no haste that’s twenty levels higher, I’m going to equip it. The raw volume of stats will make it an upgrade, even if those stats aren’t what I want.

So What Do We Do About It?

I think a pretty strong argument could be made that character statistics, as it stands now, are not actually serving a purpose in most MMORPGs, but it’s not like we can simply delete them and move on with our lives.

A lot of people would probably say that without character stats, it’s not an RPG. I’m not sure I agree with that, but they are such a fundamental aspect of the genre that it’s very difficult to imagine life without them. You would have to come up with something else to fill the void, I think, and it would be quite difficult to avoid repeating all the same issues that traditional stats have.

You could also simply try to fix the issues with character stats, but that’s not exactly a simple task, either. 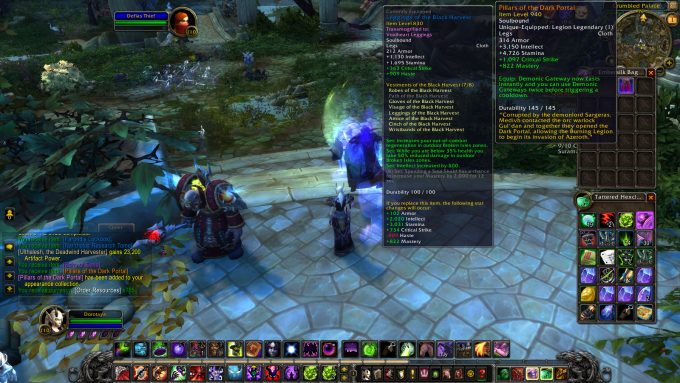 The most obvious answer is just to balance the stats so well that there’s no significant performance difference between various builds, thus allowing everyone to construct their character however they want, but that’s easier said than done. By now MMO players are so hung up on the idea of there being a “best” way to do anything and so incapable of distinguishing between the concepts of viable versus optimal that even a difference of one or two percentage points can be enough for the lesser build to be declared trash and roundly dismissed.

Shifting progression to be less vertical and more horizontal might help people achieve their builds — if all gear has roughly equal power, you’re always free to pick the pieces with exactly the stats you want — but it still doesn’t solve the problem of some builds being favored over others.

This is not a problem with any easy answers. I’d go so far as to say it may be one of the most thorny design challenges in the world of MMORPGs. Even perennial controversies like the endless debate over the “holy trinity” of group roles pale in comparison.

How would you improve how MMORPGs handle attributes and statistics?

5 thoughts on “Are MMORPG Character Stats Actually Serving a Purpose?”