We’re here. The last day of Blaugust 2016. My goal was a new MMOBro post for every weekday of August and with this special edition topic, that goal will be reached.

At the beginning of Blaugust, Brian “Psychochild” Green and I began discussing a collaborative project. We went back and forth on a number of topics, occasionally getting sidetracked by various design theories. Eventually we settled two opposing views for MMO servers. He’ll be taking the angle that multiple servers are best. I’ll be taking the stance that a single, monolithic server is best. Technically, monolithic servers are actually multiple server machines clustered together. So by monolithic vs. multiple servers, I mean in how it appears to the player. For multiple servers, think World of Warcraft. Each named server (like Illidan) is a completely separate copy of the game world, with it’s own unique characters, that cannot interact with another server’s (like Blackhand) set of unique characters. 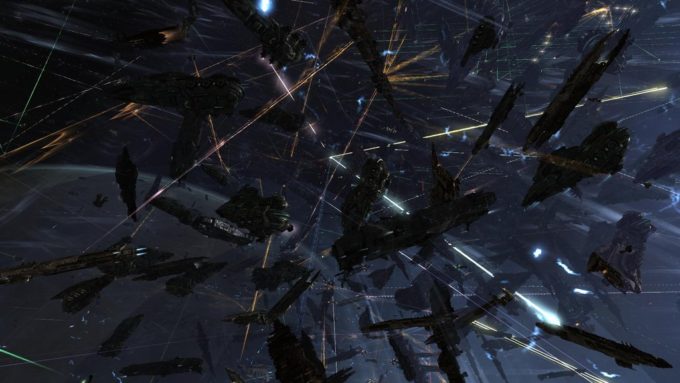 Eve Online show the potential of a monolithic server.

MMORPGs with a single, monolithic server come in two forms: smaller population MMOs and Eve Online. Not many developers are as ambitious as CCP, the developers of Eve Online. For over a decade now, they’ve dedicated resources to creating a stable play experience for all of their players in a single server. Monolithic server MMORPGs with small population exhibit some of the same qualities as Eve Online, but they often go unnoticed by the general MMO community. Maybe developers are just missing some of the awesome benefits that single servers offer?

Multiple servers tend to get real annoying when real life acquaintances get thrown into the mix. I used the following example in advocating for more instanced channels, but I’m not above using it again. Let’s say you and Joe start playing an MMORPG independently of one another. You’ve both maxed out your characters and are integrated into your communities. One day, you learn that you both play the same game and discuss playing together over the weekend. Only there’s a giant hiccup: you’re on different servers. Guess you can throw that idea out the window. 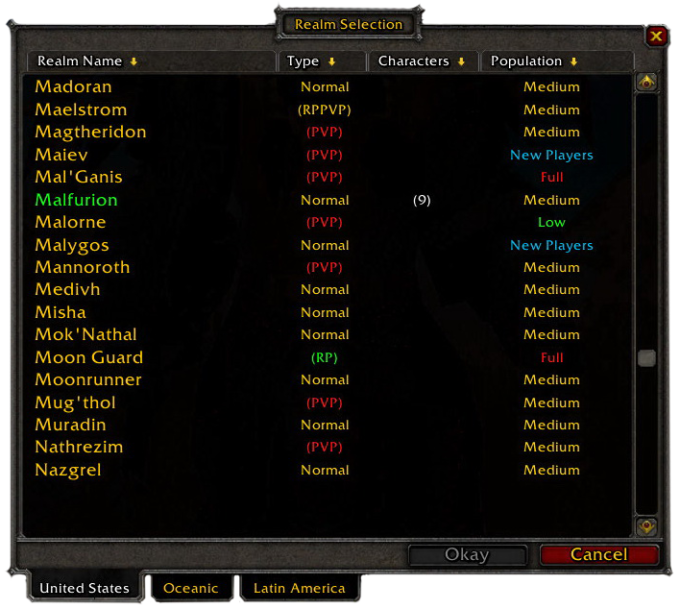 This is how many servers start with M in WoW. Easy to get separated, isn’t it?

Multiple servers might be nice because of uniform communities, but that disregards those communities still existing in monolithic servers. Everyone has their place in a single server virtual world, just like everyone has their place in the real world. It’s not always apparent which server community will make for the best fit at character creation. Further, a player’s approach to his or her favorite MMORPG will change over time. That may mean a change in one’s friend circle, a simple task in a single server setup, is potentially impossible with a multi server setup.

Additionally, there are times when a player really does like dabbling in varying crowds. With a multiple server setup, this is more difficult without creating alts. Alts are good and well, but there’s a sizable number of people who prefer to put their limited time into a single character. The monolithic server lets such players join as many cliques as their heart desires.

Brian does point out that language barriers can segregate communities unfairly. Large communities of Chinese, Brazilians, and Russians speaking their native language might find themselves at odds with English speakers. In the case of a monolithic server, this could be overwhelming. I can see how the player experience for these groups would be improved with multi servers. It allows them to mark a server as their unofficial “home base”. Still, I think that exposure to people of different backgrounds is valuable, which brings me to my next point.

The diversity that’s originates from large, monolithic servers clearly outclasses that of smaller, multi servers. Raiders, crafters, explorers, PvPers, lore lovers, and roleplayers each come to the table with unique outlooks. Getting to partake in each of those thoughts and ideals leads to a more fulfilling game experience. Scientific American wrote an article on diversity with several supporting statistics, leading to the conclusion that diversity makes us more creative, more diligent, and harder-working. That doesn’t directly translate to “more fun”, but it’s almost certainly means the experience is more rewarding. 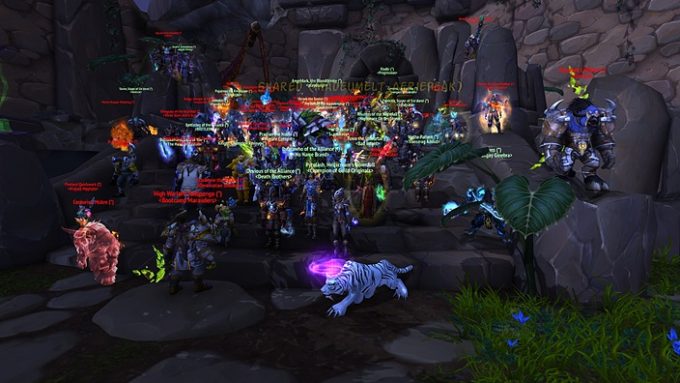 Exposure to new people and new ideas opens paths for players they may not have considered otherwise. The dynamic environment presented by a monolithic server fosters this type of exposure. People may not initially want some of these experiences, but it’s hard to argue that more interaction is bad for an MMORPG. Whatever doesn’t kill you makes you stronger, as the saying goes.

If I asked an MMORPG veteran which MMORPG generates the most epic stories, the answer I’d expect most often is “Eve Online”. From heists to wars to espionage to corporate greed, Eve Online generates intriguing content for subscribers and non-players alike. A large number of these epic stories are made possible by Eve Online’s foundation as a sandbox MMO. That Eve Online also houses all of its players under a single roof plays an understated role. It’s not like Eve Online is the only sandbox MMO in existence.

Whether it’s big or small, every event affects every player in the game. Players will at least know someone who knows someone involved. Market prices adjust based on a new supply/demand. The stakes increase with more people involved, which only creates a stronger cascade when the dominoes start to fall. News spreads fast when its spread by hundreds of thousands instead of tens of thousands. In a monolithic server, everyone plays the same game. If someone accomplishes something notable, it means it was possible for anyone. That makes these stories more real, more relatable. Epic and monolithic go together like hand in glove. Even the word ‘monolithic’ sounds pretty epic!

One of the concerns I see most frequently about monolithic servers is that the game world will be too crowded and/or the lag unbearable. Even with all its expansions, virtual Azeroth would make Hong Kong look spacious if we plopped everyone down on the same server all willy nilly. Realistically, we have two options to combat that. One is using instanced channels, which use multiple “copies” of the same zones (such as Wharf 1, Wharf 2, etc.) where players can travel freely between. The second is to procedurally generate swathes of land masses such as those found in No Man’s Sky. 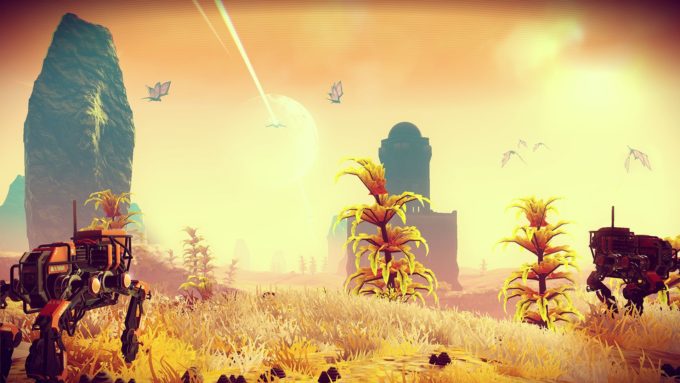 Procedural generation can be a wonderful thing.

Instanced channels are a better fit for the more static themepark MMORPGs but could also play well in the sandbox. MapleStory is a great example of a game that uses heavy zone instancing. As more players fill up a zone, new instanced zones are created. This keeps the number of players in an area at a healthy amount at all times.

Procedurally generated land would only realistically work in a sandbox MMO where players are given the tools to create content. In fact, an MMORPG with procedurally generated land could make the explorers’ ultimate dream a reality. It might be less fun without enough others to share the new lands, a problem monolithic servers can remedy. The technology is there so why not use it? I’m genuinely surprised with all of the rage that is procedural generation that an existing MMORPG hasn’t tried creating an ever expanding world.

Now that you’ve finished reading my side of the argument, head over to Psychochild and read the opposing view. As a veteran MMO designer, Brian’s insights are well founded and thought provoking.

5 thoughts on “Monolithic Servers: One Size Fits All MMOs”