Stargrace from MMOQuests posted last week about the issue that multiple servers creates in MMOs. It’s something that really resonated with me because it’s indeed a very frustrating experience. If I know or meet somebody outside of a game who happens to play that same game, I do have a general expectation I that should be able to play with that person. However, the way most MMORPGs works is that players must choose a server when they create their character. That character is then tied to that server for remainder of their artificially born life. Since a big part of MMOs is spending time building up your character, taking hours/days/weeks, it’s unlikely that players will want to start a new character on a new server. 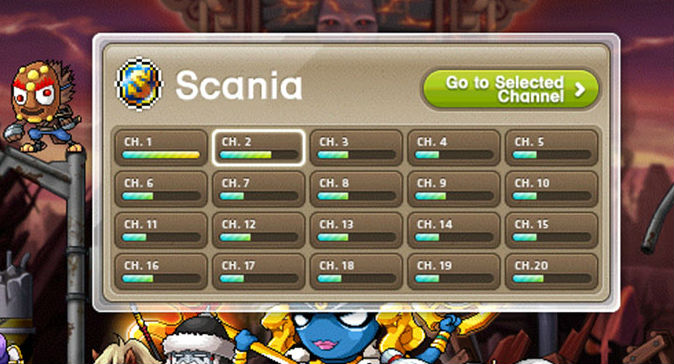 So if Joe and I independently start playing Final Fantasy 14 and, after heavily investing in our characters, discover we each play, our first thought is going to be “cool we can play together”. However, our hearts will sink when we learn we’re actually on different servers. So even though we want to play together, and we both have characters with compatible power levels, we aren’t able to do so.

The above example is one of those stupid issues in MMOs. We already have level restrictions separating friends from players, so why in 2016 should servers further that divide? No other genre of game separates its player base due to some arbitrary decision at character creation. Personally, I feel it also detracts from the ‘massively multiplayer’ aspect. When World of Warcraft had 15 million people playing, it didn’t really mean much to me. The people on my server, the people I could actually interact with, numbered in the tens of thousands. Not the millions.

Now of course, we can’t just have one server, where everyone in the same area can see each other and interact. Especially for popular MMORPGs, overcrowded mob farming would ruin enjoyment and tank server performance. Luckily, a good solution already exists: instanced channels. Instanced channels have been used by Guild Wars and a number of Korean MMOs. These instanced channels replicate the game world and allow players to generally move freely between these replicas. The game servers will choose which instanced channel to place players automatically. Players can also manually choose certain channels, in case they want to play with particular people.

The main detractors of instanced channels are typically against any instancing at all. They say that it breaks immersion, or splits the community, or makes the player interaction less natural. It can be off-putting to be hunting in the Fairy Forest, and maybe a thousand other players are also hunting in the Fairy Forest, but you can only see 20 of them. Players who like open PVP especially seem to dislike it because it can be hard to retaliate against other players. It can make conquering territory (officially or unofficially) less meaningful. 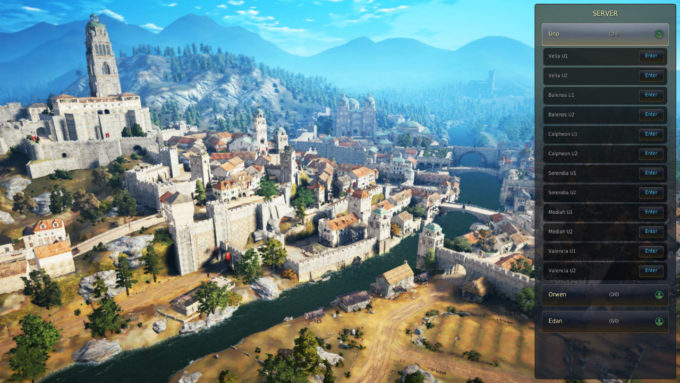 I used to think that way. Switching channels really would break my immersion and made the game feel more like…well…just a game. I’ve become much more realistic in my approach to MMORPGs since then though. Instanced channels actually provide a lot of benefits besides the obvious. It gets rid of ever needing those nasty server merges. The number of players can be perfectly optimized for the content in each area. And of course if you happened to realize that a friend is playing the same game as you, you can actually play with them. These all deal with player interaction, but there’s so much more to it.

I think one of the best benefits is something that doesn’t get talked about much. Instanced channels create more potential gameplay opportunities for players. Maybe each channel is a little bit different based on player actions. Guilds could be strong in one channel but not the other. Maybe the completed public quests led to a different landscape. Instead of just one world to explore the player’s character actually gets access to dozens. This creates more ways in which the character can affect the world and more ways to find their happy place.

Instanced channels would ideally be integrated into the overall story of the MMO world. Take the multiple shard premise from Ultima Online. But instead of shards representing different servers, they would embody multiple channels that players could travel between. To enhance the role-playing aspect, players could need to physically enter a portal to travel between channels. Perhaps different channels even come with unique rule sets. Open PvP could be confined to one or few channels for when the mood strikes. Players who want to avoid it entirely can easily do so.

There’s a lot of unexplored potential for instanced channels in MMORPGs. So far they’ve just been used to replicate servers to reduce congestion. In fact, most MMORPGs with channels still have unique servers, which is incredibly frustrating. The ability to create multiple dynamic worlds that are spun off of one original world is something that even sandbox developers have largely ignored. I’m just imagining an MMO right now where the price of admission for one world actually grants my character access to dozens. Imagine exploring such alternate realities built by the players simply by entering a portal. The world that you’ve grown accustomed suddenly morphs into a refreshing landscape. Healthy player populations and the ability to interact with anyone who plays the same game as you is just icing on the cake.

It’s time to do away with individual servers. Instanced channels have been underutilized by MMORPG developers for too long. In the real world, everybody is just an internet connection away from interacting with one another. In the virtual world that MMOs attempt to create, we should be no less apart.