MMORPGs are constantly evolving due to the very nature of the genre. Developers release updates, players come and go, and some thrive while many struggle to survive. This leads to frequent dynamic population shifts. It begs the question which MMORPG is doing the best now? The answer is almost certainly still World of Warcraft, so I decided to shift the question to “what is the most played free MMORPG?” as of July 2016.

Unfortunately, very few MMORPGs release public details to help us figure out which MMORPG has the biggest population. At best we get total account registrations, which is pretty meaningless compared to active players. To determine average player counts involves a lot of digging and a lot more estimating. In determining the most played free MMORPG, I’ll be using reddit, Facebook, YouTube, Google, and Twitter to compare relative values of MMORPG popularity. Relative popularity is great to simply rank what’s likely the most played MMORPGs, but I’ll go a step further and include estimates for peak player counts.

With numbers that are so secretively guarded that would seem like a difficult undertaking. Luckily, two MMORPGs are very public about their concurrent users counts. Eve Online and RuneScape both offer easily accessible concurrent player count details. I’ll be using the social and search presence of these games to create index values. From there, I will average these values and use them to gauge other MMORPGs’ peak player counts by multiplying by RuneScape and Eve Online’s peak player counts.

More details about the methodology are the bottom of this blog post. The important thing you need to know is that using these methods, I was able to estimate peak player counts of Eve Online and Runescape to within 5% of each other. Granted, two games do not make a statistically significant sample set but it does make an enjoyably significant sample set!

I researched a number of MMORPG to determine the most played between all of them. Instead of throwing away all of that data and leaving only the winner, I thought a top six list of MMORPG populations would make for a better read. Games are ordered by estimated peak player counts. 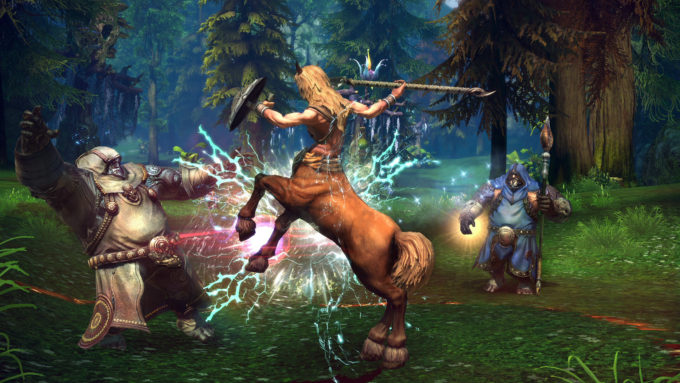 TERA is a title that most people only respect because of the combat system. However, that combat system creates opportunities in PvE dungeons and PvP combat that are impossible with traditional MMO combat. It can be a bit grindy, but there is more than just one reason why TERA is still doing well years after release in a crowded market.

MapleStory is the Korean MMORPG that keeps running strong. Over a decade old at this point, the developers continue to find new content to entice players to stick around. It’s main unique calling is the 2D platformer anime art style. No other online game has successfully emulated the style well enough to take away from MapleStory’s amazingly high population count.

Blade and Soul is the latest big MMORPG to launch as fully free to play. The action based combat serves as the primary draw, but it’s unclear whether the other features will be enough to keep the game’s current position. My guess is that by 2017, Blade and Soul will no longer be in the top 5 most played free MMORPGs. For now though, let’s enjoy 4th place! 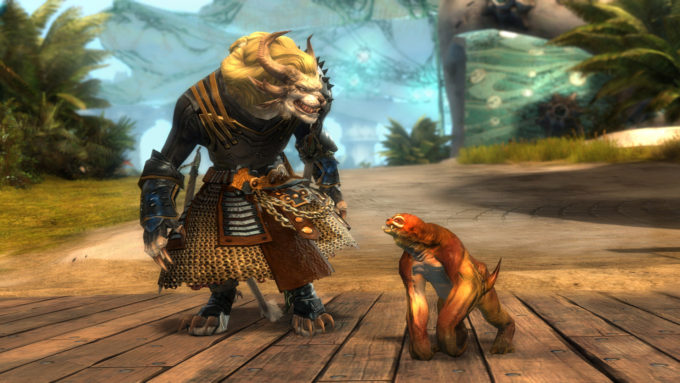 This a weird hybrid of free to play and buy to play, but since a free to play version of Guild Wars 2 does exist, I felt that it was fair game to include. Heart of Thorns wasn’t particularly well received (mainly due to price), but I’m confident that ArenaNet will redeem themselves. And things aren’t all bad if these estimated player counts are anywhere near accurate. 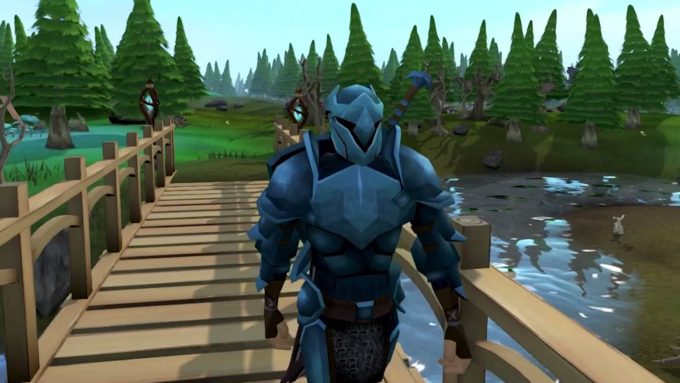 RuneScape actually provides player counts, it’s technically free to play, and by my calculations it is definitely one of the most played free MMOs out there. It’s also the oldest of the games on this list, beating out MapleStory by two years. RuneScape is continuously updated, accessible, and traditional yet progressive enough to capture old and new fans alike. 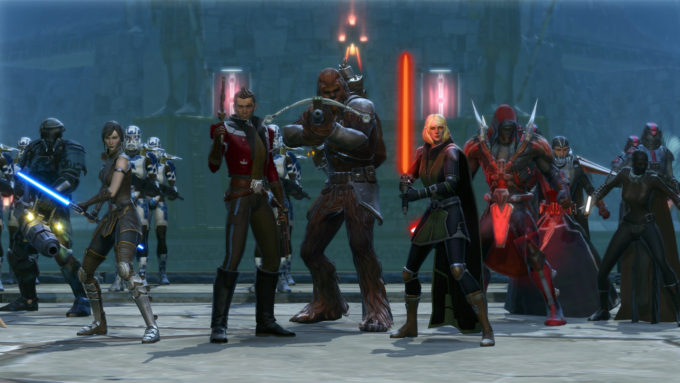 Like a lot of free MMORPGs, SWTOR also includes a premium subscription model. It was also originally released as a paid title but has since followed the freemium path. These numbers seem to suggest that it was a wise decision to transition to free to play. I don’t see any game on the horizon that will knock SWTOR off it’s pedestal.

Do these results surprise you? How accurate do you think I am? Do these quantitative analytical posts appeal to you?

And if a publisher wants to spill their player count secrets to indulge an internet stranger in their prideful player estimates, feel free to reach out!

All right, so the post is technically is “over” but my simple explanation of the numbers didn’t do it for you? Read on for the finer details…

For both RuneScape and Eve Online, I used peak player counts from 7/12 – 7/18. RuneScape gave a count of 96,289 and Eve Online a count of 31,199. These are the numbers that are multiplied by the average RuneScape and Eve Indices. To explain in more detail, I’ve included an example: Let’s say “Example MMORPG A” has half the reddit, Facebook, Twitter, YouTube, and Google numbers as RuneScape. That would make for an average RuneScape Index (RI) value of 0.5. Let’s say those same numbers give us a 1.25 on the Eve Index (EI). I would then estimate peak player population at 38,998 (from EI) to 48,144 (from RI).

I combined reddit, Facebook, YouTube, Google trends, and Tweets to get a search and social media picture across more stable elements (reddit/Facebook) and trending recent elements (Trends, Tweets) with YouTube somewhere in the middle. Subreddit subscribers and Facebook page likes do change over time but are relatively slow. For tweets, I used hashtags related to the game for a period of a week between 7/12 – 7/18. With Google Trends, I looked at 2016 numbers using 2004 – present as the time range to keep an easily consistent index. Finally, for YouTube I ranked videos in the past year by views and selected the 10th ranked video. This seemed to be a sweet spot for where the game itself was heavily responsible for the views as opposed to one off success videos.

I did not use SteamCharts because not every game is on Steam. It’s also unclear what percentage of players use Steam vs. the client directly for any given MMORPG. I did not use Twitch because viewers are heavily skewed by the streamers themselves.

With Blade and Soul, I used the Google Trend numbers two months after release instead of the month of release. I believe this is a more accurate representation of the current population and if anything is still too high.

I did not include the more broad spectrum of the genre such as general free to play MMOs like Warframe or MOBAs like League of Legends. Only “true” MMORPGs were considered and researched. These stats are perhaps a bit west leaning, but I would consider these worldwide player peak estimates. Obviously high levels of estimation negatively impact precision, but I will say that I feel pretty good about the rankings of the games.