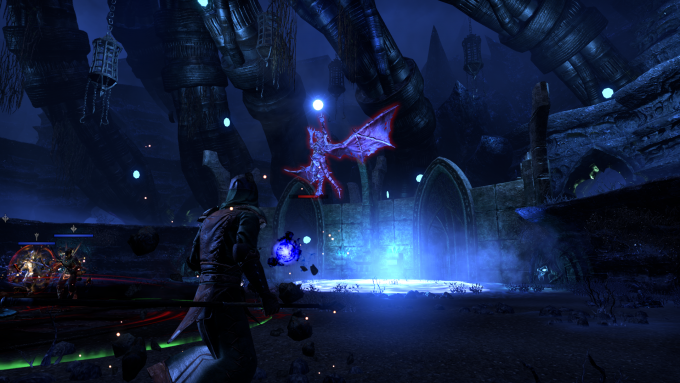 The One Tamriel update for ESO (The Elder Scrolls Online) launched on October 18, 2016. If you frequent any MMORPG site, you’ve probably noticed Zenimax Online Studios advertising the hell out of their two and half year old MMO. This is the update that supposedly vaults ESO into one of the genre’s top MMOs. Is it really something to be proud of? The feedback I’ve seen has been generally positive, but I had to find out for myself.

I decided to reinstall the game a couple weeks ago. Since then, I’ve been playing pretty seriously for the first time since launch. For those unaware, the update’s two biggest changes essentially level scales all of the players and enemies and removes faction restrictions. As one can imagine, this has sweeping ramifications for the players of virtual Tamriel. And a blog seemed like the perfect place to deliver my thoughts on those ramifications in the form a One Tamriel ESO review. I’ll be focusing on what One Tamriel brings to the table and how it integrates with the current content available to Elder Scrolls Online players. But first, I’m going to backtrack just a bit.

I’ve been playing MMORPGs for over twenty years now. The last MMORPG I really invested time into was Black Desert Online. BDO had some great ideas that drew me, despite some serious concerns about the international version. I was cautiously optimistic about the positives when I made my purchase. It hit at a time when there just wasn’t a lot I wanted to play, and it took advantage of my weakness. I knew servers in other countries had all devolved into skill-less grindfests where only the top 0.1% could meaningfully impact the game’s vaunted guild vs. guild PvP system. I knew the cash shops were pay to win. I knew the game was relatively content thin, relying of players to generate content for this ‘sandpark’ game. I bring up BDO because with One Tamriel, ESO has cemented a drastically different route to succeed where Black Desert failed. 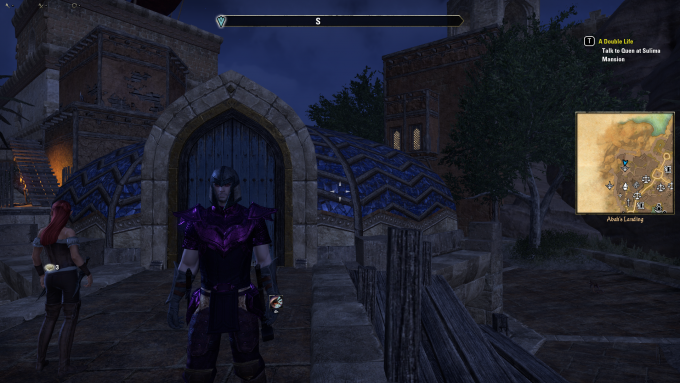 In One Tamriel, a low level purple vampire master thief IS possible.

Black Desert Online combined pieces of both the themepark and sandbox MMO subgenres into something that was supposed to improve the overall experience. Unfortunately, BDO did this in very contradictory ways. The themepark felt extremely repetitive and the sandbox extremely limited. Those are two huge no-nos absent from The Elder Scrolls Online. ESO’s sandpark-crossbreed has thus far delivered a more cohesive and clever subgenre merge than any ‘sandpark’ MMO yet.  Walking the line between sandbox and themepark MMORPGs isn’t easy. How much safety do you give up in the name of freedom? This question may sound political, but I assure you it’s entirely gaming-centric.

Sacrifice? Not in My ESO

One Tamriel frees up the game without sacrificing any safety. In fact, if anything the game is safer than ever. Every player can assist at any time. Your level will match any monster’s. The world is now a place to explore on your terms however and with whoever you want. Here, the endgame starts on install, not a hundred hours later. A specific quest is undertaken not because it’s the only path to progress, but because it’s rewarding. Every dungeon has meaning at every stage, and the world feels so much less monotonous for it. In one fell swoop, The Elder Scrolls Online has left tiresome themepark based questing behind and done something rare for MMORPGs. It evolved. Reviewing ESO’s One Tamriel update as essentially a new player really opened my eyes to how easily some themepark MMOs could be opened up.

Many sandbox fans will disapprove of ESO because of this very safety net. I would say they should not be so quick to judge. Yes, dying is pretty rare without open PvP or threatening monsters. That is to be lamented. After all, I love the adrenaline rush of a Dark Souls world or wondering if a nearby player will turn hostile. But what I also love is immersing myself in alternate world. Unfortunately, a corpse’s point of view doesn’t make a great vantage point for immersion. That’s the typical viewpoint for most open PvP players in a genre that caters to the few grinding elite. I’ve argued in the past that horizontal progression best remedies this issue. The Elder Scrolls Online makes a strong counterargument for vertical progression.

Unlike true sandbox MMOs, there is no open world PvP in Elder Scrolls Online. Instead, PvP is available in the form of a three-way faction war. Time and Dark Age of Camelot taught me that faction war rulesets make for the best PvP system. In ESO, players can join one of a few campaigns, each with slightly different rules like length and level restrictions. Because players are level scaled, they can always contribute and level up purely via PvP. Sure, they’re nowhere near as effective as a true capped out player. That’s OK. No would expect a master fencer to lose to a novice. Fifty novices against a master fencer? That should be too much to handle. It doesn’t work that way in a lot of MMORPGS, but it does here.

Not All is Rosy

There are some bittersweet aspects of the implementation though. First, resources gathered have gone from zone dependent to crafting level dependent. That means that high level crafters simply can’t easily mid level crafting materials. They either have to pay to respec to actually lower their skill or rely on rewards for crafting quests called writs. It’s a bizarre system that goes too far. Level scaling would have made it easy to find the right resources in the zone dependent system. This would let master crafters easily find what they need to fill demand. Instead, mid level crafters might actually fare better because the supply of them is smaller. Natural resources shifting in such an unnatural manner feels too gamey.

While it’s really cool that players of any level can play together, it does have some potential drawbacks when it comes to the dungeon group finder. Veterans might find it frustrating when they are grouped with a complete newbie. Low level players can only access a small number of dungeons, but high level players can play any of them. There’s a daily bonus for doing a random dungeon, so getting arranged together isn’t uncommon. I haven’t run into any issues with hostile high level players, but this is online gaming we’re talking about. People get mad over trivial matters. We may just have to exercise patience and understanding in this new world order. 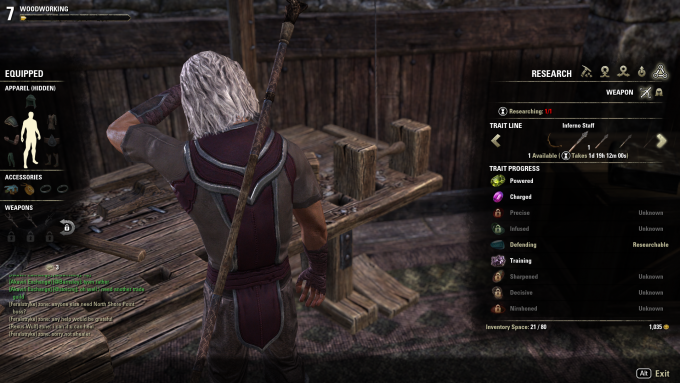 Finally, in most MMORPGs it’s important but not essential to upgrade equipment. It’s not technically essential in the ESO overworld either since the difficulty is pretty muted. But the fact remains that equipped weapons and armor get worse when you level. Since all equipment scales based on its level relative to yours, not consistently upgrading makes you considerably weaker. For lower level dungeons and PvP, this is can be a noticeable hindrance. I personally don’t have an issue with how this plays out. Upgrading low level equipment in most MMORPGs is rather blasé so feeling some pressure to keep up is nice. I could see others disliking the rather counter intuitive system though.

One Tamriel to Rule Them All

Level scaling in MMORPGs isn’t entirely new. Guild Wars 2 did it (though with player deleveling in PvE zones). World of Warcraft did it (though only in the expansion areas). But Elder Scrolls Online is the first to fully commit to it. For the most part, it works. The removal of faction restrictions also opened up the world on a massive scale. There is so much high quality content that it was always a shame to limit it or repeat activities. ESO features some of the best quests in the genre, ranking just after The Secret World. The incredibly fun PvP, dungeons, and DLC no longer feel arbitrarily restrictive. For me, not only does One Tamriel render Skyrim obsolete, it’s given me the home that I wish Black Desert had several months ago.

In case it wasn’t clear, I give a hearty recommendation for my review of ESO’s One Tamriel. It’s also free to play from November 16 through November 20. Details here.

One thought on “One Tamriel ESO Review”