The end of the year lends itself to introspection, to looking back. This year I’ve been looking back on my MMO career and reflecting on how things have changed over the years. 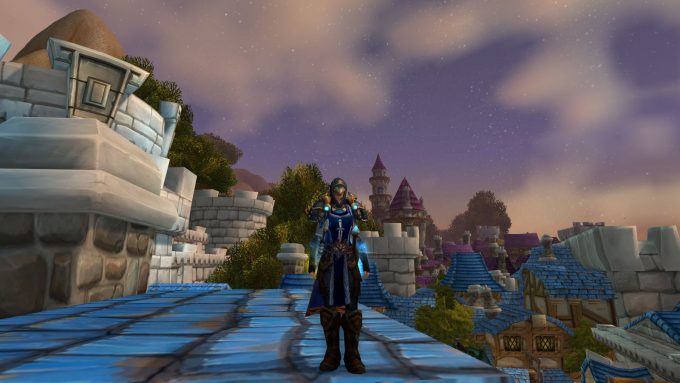 I’ve been playing (and writing about) MMOs for a while now. Almost ten years. Now, I know that compared to some of you, that still makes me a relative newcomer, but it’s nothing to sneeze at.

And in that time, my attitude towards games has changed a lot. My experiences in MMOs have shaped who I am as a gamer, and it’s changed how I look at the entire hobby. It’s helped me to enjoy video games more.

Indulge me, if you will, as I engage in some holiday reflection and take stock of just how my time with MMORPGs has changed me as a gamer.

It Ruined Vertical Progression for Me

I think on some level I was always a little less interested in high levels and “phat lewt” than the average gamer. I play games to escape reality — to explore imaginary worlds and immerse myself in rich stories. Making my character more powerful is more a means to that end than something that I found compelling for its own sake.

Still, in the past, I had plenty of excitement for shiny new gear drops or big level dings. That was before I spent years playing MMOs, though.

When you really think about it, vertical progression like this is sort of a lie. You feel like you’re constantly getting better, that you’re evolving into something awesome, but you’re not, really. Content evolves along with you, keeping your relative power level more or less consistent no matter how hard you grind. There’s always a new challenge ahead. Improving your character’s stats isn’t a climb to the top; it’s just a treadmill. You’re always moving, but you’re never getting anywhere. 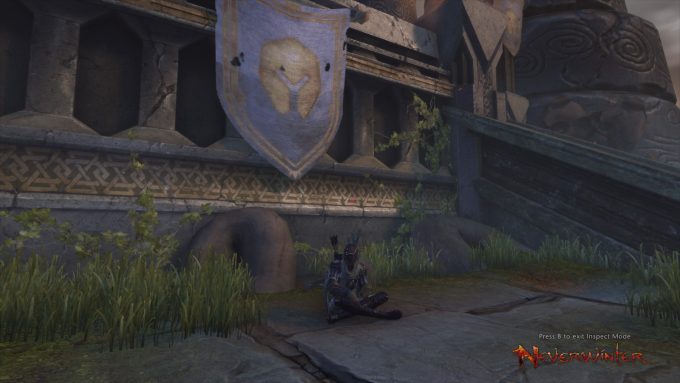 And nowhere is this more clear than in the realm of MMORPGs.

The persistent nature of MMOs makes vertical progression meaningless. You’re never finished; the integrity of the genre depends on it. The level caps keep getting raised. Today’s best in slot is tomorrow’s vendor trash. None of it means anything.

But it’s an easy way to extend the life of content, so developers just keep pushing us onto the treadmill. For me, this has just led to my becoming incredibly jaded about the whole concept. I have gotten so much sweet loot and heard so many level dings that I’ve lost my taste for the whole concept. I don’t care anymore.

Instead, it’s other rewards I seek. I still like getting new gear appearances, as building outfits helps me establish my characters’ identities. I also enjoy unlocking new abilities for the same reason. Horizontal progression, in other words. Give me more options, give me new ways to express myself in-game, not just another +3% to DPS that will be invalidated next patch.

I still have some taste for vertical progression in single-player games. It works better there because eventually you reach the point where you’re done. It’s less of a treadmill. And with less concerns about balance, single-player games can also be more dramatic in their rewards, as opposed to, again, just +3% DPS.

Still, even there, loot and levels entice me far less than they used to, and increasingly I’m finding it refreshing when games don’t have any vertical progression at all.

Most of the ways MMOs have affected my gaming are positive, but this one’s a bit more of a mixed blessing. 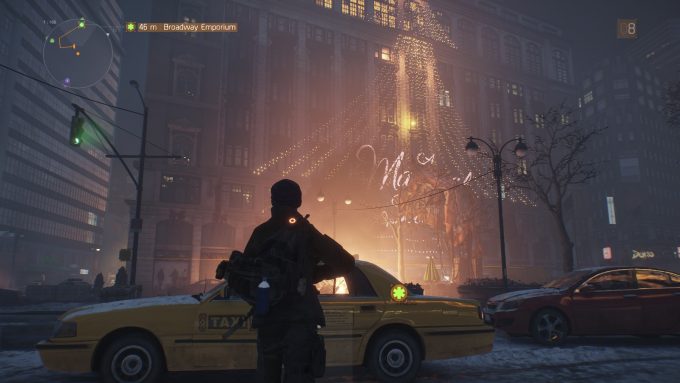 On the one hand, it’s been very freeing. I no longer feel pressured to keep on par with other players, or to be the best. I don’t have to spend months grinding for the best gear. I’m happy with gear that’s merely good enough. For me, games have become much less like work and much more like, well, games.

On the other hand, I do find it frustrating to see how much developers and players still fixate on vertical progression now that I realize how pointless it is. This medium could be capable of so much more.

I’ve said it before, and I’ll say it again: MMOs are really big.

That is, of course, sort of the whole point. And for the most part it’s a good thing. We flock to MMORPGs because they offer us a breadth and depth that no other form of entertainment can.

But it can also get overwhelming. If you try to do everything there is to do in a single MMORPG, you’ll probably end up running yourself ragged and burning out. If you play multiple MMOs, doing everything is going to be pretty much impossible, at least until scientists invent a pill that replaces sleep.

It is therefore best to focus. Find the gameplay you enjoy most, figure out what your goals are, and focus on that. Don’t worry about what other people are doing. Don’t worry if you’re behind or ahead of the curve. Don’t try to keep up with the virtual Joneses. Just find what gives you joy and immerse yourself in that.

Early on in my MMO career, I felt very compelled to experience everything a game has to offer, and to play it the “right” way, but nowadays I’ve let go of a lot of that. I’m still mastering the art of saying no, but for the most part I’m much better able to focus only on playing in whatever way I enjoy the most. 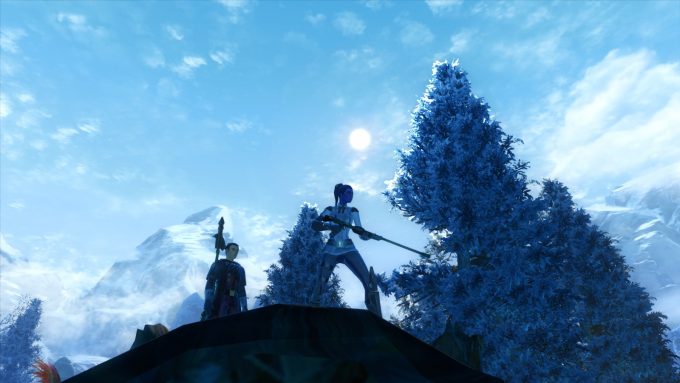 For example, in Star Wars: The Old Republic, I pretty much only play solo story content. I’ve tried group content and PvP in that game, but I don’t think Bioware is very good at designing either of those things, and I don’t generally enjoy them, so I stopped. I focus only on the part of the game that actually entertains me.

And the same attitude guides me throughout my gaming. I have sunk hundreds of hours into World of Warcraft, but I’ve never done a single pet battle. I played The Secret World heavily for five years and never once did any of its raids.

When it comes to single-player games, I can still be a bit of a completionist — it’s easier with a clear finish line in sight — but instead I’ve learned to better focus what games I buy. I’ve become much better at ignoring hype and trends. I’ve learned to focus on the games I know (or can safely bet) that I will enjoy.

I Learned Not to Sweat the Small Stuff

Let me tell you a story.

A few years back, World of Warcraft launched a new pet in its cash shop, the Guardian Cub. They’d been selling vanity pets for a while at this point, but the Cub was special. It could be traded, meaning players could sell it to each other for gold. This made it a form of legalized gold-selling, a sort of precursor to today’s WoW Token.

Reaction to the decision was swift and negative. Before, Blizzard had only sold vanity items, but this allowed people to directly purchase an in-game advantage.

And I was right there on the front lines, posting my angry comments on the official forums. I joined the chorus screaming, “Pay to win!”

But the feedback went ignored, and the Guardian Cub launched. And you know what happened? 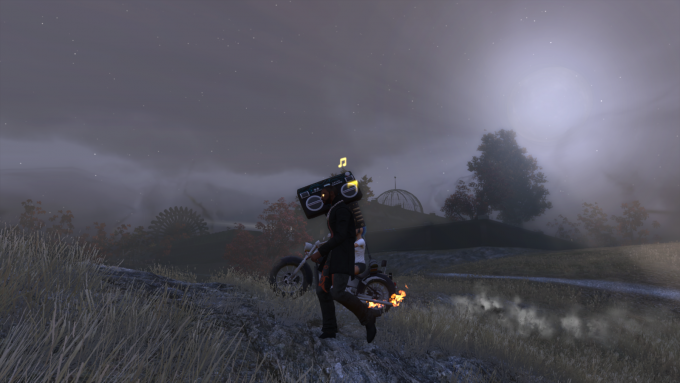 I was angry for a few weeks, but nothing whatsoever changed in my experience of the game, so eventually I forgot all about the Cub.

And this encapsulates almost every experience I’ve ever had with MMO monetization. I have a knee-jerk negative reaction, but then it fails to significantly impact me, and I move on with my life.

And after so many years of this, I’m finally starting to realize how little all of this matters. I’m no longer concerning myself with lockboxes or “pay to win.” And I’m enjoying games so much more as a result.

It’s not just about monetization schemes, either. MMOs have a great way of putting everything in perspective. Spend a few days wrestling with an uncooperative MMO server, and suddenly a few animation hiccups in Mass Effect: Andromeda don’t seem like such a big deal.

That’s not to say that you can’t criticize things. I’m a firm believer in the value of constructive criticism, and I can still be quite vocal when I have a problem with something in a game.

But it’s important to keep it all in perspective. Ask yourself how much something is really affecting you, and don’t let small things ruin your fun. There’s so much negativity in the community, and it’s so easy to get lost to cynicism, but really, there’s never been a better time to be a gamer than right now. We have so much to be grateful for. Don’t let the little things rob you of the joy of what’s out there.

What about you? How has playing MMOs changed your attitude toward gaming as a hobby?

2 thoughts on “How Playing MMOs Changed Me as a Gamer”