Let’s not mince words. MMO communities are in a bad way. Trolling, toxicity, extreme vulgarity, and cyber-bullying ran rampant, and there doesn’t seem to be any serious effort being made to curtail any of this.

I doubt it would ever be possible to entirely eliminate toxicity in online gaming. Human nature is what it is, and the anonymity of the Internet often emboldens people to let loose the worst aspects of themselves.

But far too many people, developers included, have let this fact instill a defeatist attitude toward toxicity. If you can never eliminate it, why bother fighting it at all? But while you may never get rid of toxicity altogether, I do think it could be significantly mitigated. Things don’t have to be as bad as they are.

I think there are simple, common sense solutions that could do a lot to improve MMORPG communities, if developers are only willing to make the effort.

The punishments for misbehavior in most MMOs I’ve played tend to be pretty toothless. Usually it’s just a temporary ban. That might be an effective deterrent if the game in question was the only form of entertainment in the world, but as it is if someone gets banned, they’ll just go play something else, or watch TV, or go see a movie. It’s pretty meaningless.

I’ve long felt it may be more effective to directly penalize a person in-game. Delete a piece of their gear, or fine them a sum of in-game currency. If the latter, it should be based on a percentage of their total wealth rather than a flat amount so that wealthy players don’t become effectively above the law.

Or perhaps instead of taking away what someone already has, it could affect future rewards. Lower item drop rates and experience gains for rule-breakers or put them at a lower priority for server and matchmaking queues until they can go an extended period of time with no infractions against their account. 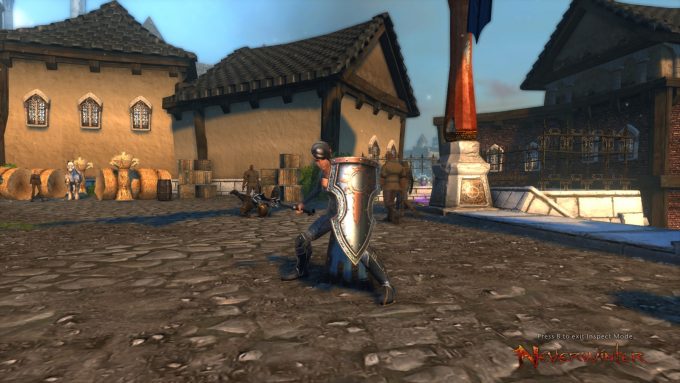 As far as I know, no game has done this, so it’s impossible to say if it would work until someone attempts it, but MMO players are nothing if not devoted to min/maxing. If good behavior becomes a requirement for peak performance, I think you’ll start to see things get a lot nicer in no time.

Moderation in MMOs is almost entirely dependent on players sending reports when they see someone breaking the rules. Unfortunately, there’s rarely any way to know if these reports are doing any good, or if anyone is even reading them. They vanish into the ether without a trace.

If you’re the one sending reports, this can get demoralizing pretty fast. It starts to feel as if you’re not doing any good, and it gets harder and harder to bother sending reports in the first place.

Instead, there should be some sort of feedback on player reports. In DOTA 2, if your report results in action being taken against another player, you’ll get a notification. I think this is an idea all of online gaming should embrace. It doesn’t necessarily need to get into detail, but simply knowing that a report you sent has made a difference sends the message that reports do matter and that action is being taken, and that can make all the difference in the world.

Another frustration that players face when reporting is a lack of clarity on what is or is not actually against the rules. Usually filling out a report offers you a small list of vague categories to choose from, and it may not be clear what exactly each category entails. For example, I would interpret “harassment” as any abusive chat, but others seem to define it only as ongoing campaigns of bullying against a player conducted over an extended period of time.

Ideally, a report system should come with a decent variety of categories, and a brief but clear description of each one. This could perhaps be backed up by more extensive explanations of the code of conduct accessible elsewhere in-game. We shouldn’t have to wonder whether someone is breaking the rules or not. 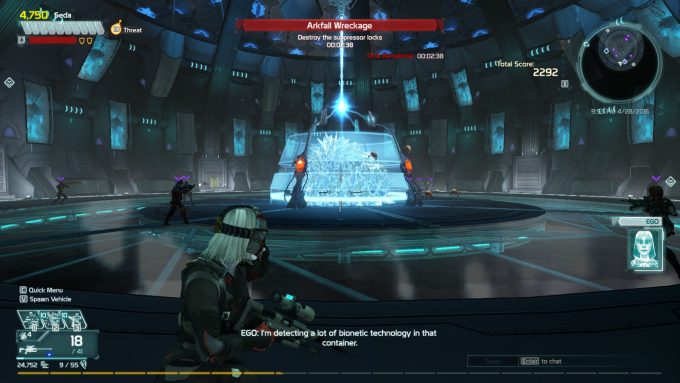 One of the problems of moderation in MMOs is that it is entirely reactive, and dependent on the reports of players. Imagine if game masters actively monitored players in-game and could take immediate action if they saw someone doing something bad.

“But wait,” I hear you say, “MMOs are far too big to monitor every chat channel. It can’t work.”

You’re right. It’s totally impractical to monitor all chat at all times.

However, it may be possible to monitor some chat, some of the time. If even a small team of GMs were to be devoted entirely to monitoring player behavior and taking direct action, I think it could have a significant positive impact on communities.

The thing is, players wouldn’t know when they were being monitored. The very possibility that a game master may be watching would, I think, serve as a deterrent to bad behavior and perhaps provide a sense of security to the other players.

One of the biggest issues adding to the toxicity of MMO communities is the belief that developers simply don’t care, that there are no consequences. The trolls think they can get away with murder, and by all appearances, they’re right. Anything that sends the message that the community is actively policed, even if it’s largely symbolic, would have a positive impact.

Not all methods for improving communities have to be about punishing the troublemakers. There may also be value in recognizing those players who do treat their fellows in a decent and helpful manner. 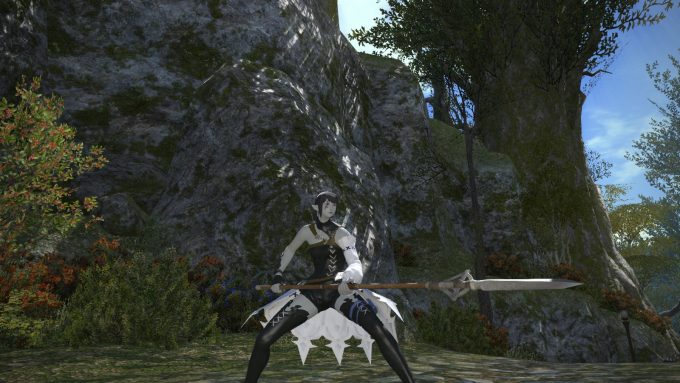 Players could be given a way to “upvote” those they feel have been especially patient or helpful, and people could progressively unlock various rewards, cosmetic or otherwise, for receiving enough upvotes. Final Fantasy XIV has a system along these lines, and I think it’s something that should become industry standard.

I don’t think that offering rewards will, on its own, completely change the temperaments of players, but it may encourage people to go the extra mile to be helpful or at least provide an incentive not to be too harsh to their comrades. At the very least it would make helping out other players less of a thankless chore than it tends to otherwise be.

The main concern about such an “upvote” system would be the potential for abuse, but I think there are ways to prevent people gaming the system too much. For example, it could only be enabled for PUGs to prevent people simply spamming upvotes on their friends.

This could also tie into the suggestion of tangible punishments mentioned above. If you receive an infraction against your account, it only makes sense that you would lose access to any rewards earned for being a good community member, even if only temporarily. It adds another layer of incentive for players to mind their manners.

These are just ideas that seem to me like they would be helpful, based on my many years as an MMO player. But I’m sure there are those out there who would have a far better idea of how to make things better.

MMO developers should be hiring on behavioral experts to help them find the most effective ways to regulate their communities. They may find solutions that would not be obvious to the rest of us, who come at the problem from a layman’s perspective.

The only game I know of to do anything like this is League of Legends. Riot has poured significant effort into finding the best ways to cut down on the infamous toxicity of their players. I’m not an LoL player, so I’m not sure how much success they’ve had, but I do greatly admire the effort.

MMORPG developers need to start viewing community-building, and community-policing, as a crucial part of design, as essential as environment art, encounter design, or coding. Communities are a crucial part of the online game experience, and if they’re neglected, the games suffer.

It might not be “sexy,” and it might not look exciting in a features trailer, but it is every bit as important as any other element of game design.