Why, oh why must I perform repetitive tasks for hours on end to achieve things in MMOs? Quest and mob grinding, I hate you. You punish my optimism for great adventure by sending me on a carousel of tedium. MMORPG grinding is all the same even if developers fluff it up. Completing tasks that are only enticing for their extrinsic value is a surefire way to turn my mood sour. The pain of grinding is only exacerbated by old school hotbar style combat. It’s really not that complicated to rotate the same abilities for every fight until an enemy dies. 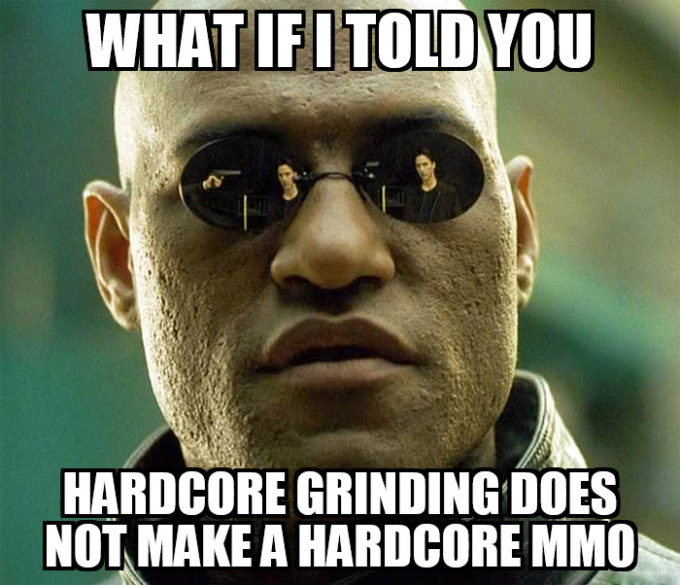 Like a sucker, I keep trying out new MMORPG releases expecting something different. To be fair, I’m sometimes rewarded. However, more often that not I latch onto a unique feature with the hope that it will cascade into a compelling progression system only to see my dreams crushed. Riders of Icarus, the most recent MMO to penalize my hopes, turned out to be no different. Four hours later, I’m uninstalling it after mindless kill quests and repetitive hotbar combat melted my brain.

Riders of Icarus even had some ideas to get away from generic hotbar combat. There are combos different classes can pull off, but ultimately they fail to change the game plan. It’s yet another MMO with an obvious rotation of skills to maximize efficiency. This is my problem with generic hotbar combat. It’s easy to learn and easy to master. I ascribe to the theory that well designed games are easy to learn and hard to master. It allows a game to flourish and peel back deep layers of gameplay without overwhelming the player. From this the player is always learning and experiencing something new. It’s a big reason why MOBAs like League of Legends have grown to such prominence. Admittedly they aren’t easy to learn, but even pros still strive to master League of Legends. That helps make it great.

When I defeat a challenge in an MMO I want to feel like I played well, not that I didn’t play poorly. But unfortunately MMOs feel more like the latter than the former. Even most PvP is decided before combat begins, with high importance placed on gear and levels that can only be acquired via more grinding. Outside of the highest end raids, the majority of MMO gameplay is an exercise in repetitive tedium. I’m not learning. I’m not improving. I’m not thinking. I’m just going through the motions. How is that a grand adventure? 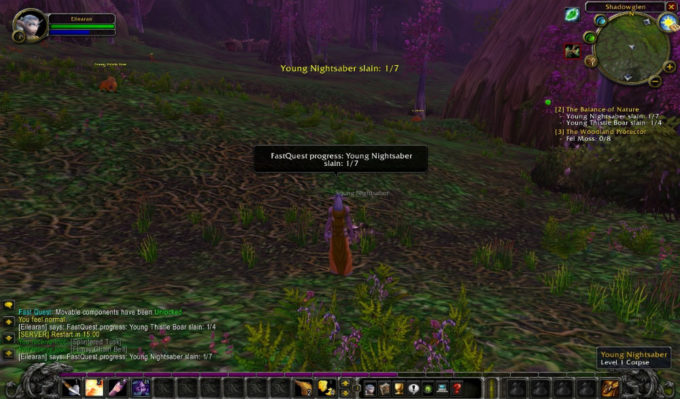 I know some people actually like the grind. Even the horrible grinds typically found in older MMOs or most modern Korean MMOs. Fine, people like what they like. What I don’t like is when grinders get mega elitist about their ability to mindlessly repeat tasks. It’s aggravating to read forum posts demeaning those who hate grinding as “casual” or “lazy”. They call for a return to the old days when MMOs used to be “hard”. What if I told you that spending time does not equal challenging? When I think hardcore gaming, I think of Dark Souls testing players’ patience and reactions. I don’t think of Lineage II’s million hour grind to max level. If you enjoy grinding then have it, but it does not make you a better or more skilled gamer.

Now look, to eliminate or lessen the pains of grinding developers don’t have to change both quests/mobs AND combat. Just one or the other. An MMO with both would just be too revolutionary now (he says sarcastically). Changing mobs with our current combat would almost necessitate a return to group centric leveling. It’s doable with a system that encourages a return to low levels, such as Final Fantasy XIV’s job system. Monotonous kill quests could be replaced with multi-step quests that result in a giant public quest. The public quest could even be influenced by performance or choices players made during their private quests.

Combat is my other point of contention and even hotbar combat can work here. I equate hotbar combat to turn based strategy and free targeting to real time strategy. They both have their merits. The game simply must create situations that force players to adapt instead of repeating combat moves. Limiting resources such as healing, time, or abilities like a D&D adventure would also alleviate the MMORPG genre’s joyless successes.

I’m tired of pressing 3 to cast fireball for 2 hours to gain 1 level. Repetitive abilities, repetitive quests, repetitive AI, repetitive combat. They need to go. MMOs can suck my time without being a time suck.