These days it feels like you can’t swing an epic Sword of Valor in the MMO space without hitting three or four survival sandboxes. They’re the latest trend every developer is eager to jump on, following WoW clones and MOBAs.

But this is one fad that’s mostly passed me by. There are a few reasons for this, but one of the biggest is the focus on PvP that dominates the survival sandbox genre. I’m not a big fan of PvP, and I’m even less a fan of the free for all anarchy that is the preferred style of competition in survival games.

PvE-focused survival games are rare, and multiplayer versions thereof rarer still. If you want a survival game that hews closer to an MMORPG, you’re doomed to be constantly looking over your shoulder, fearing the next gank.

But I don’t think it needs to be this way. I think a PvE multiplayer survival sandbox can work. I think it could even sell the fantasy of survival against all odds much better than its PvP counterparts.

How We Got Here

First, I think it would be helpful to examine why PvP has come to be the “default setting” for survival sandboxes. Some of the reasons are good, but some aren’t.

Of course, there are clearly plenty of people who simply enjoy it. They find the cutthroat experience of gank or be ganked thrilling. I may not share their view, but I can respect it.

From a broader perspective, PvP puts the “survival” in survival sandboxes. Without risk and loss, the challenge of staying alive in a hostile world would become trivialized, and the entire concept of the genre would fall apart. A survival game needs a threat, and other players can provide that.

But there are, I think, other factors that are more problematic. 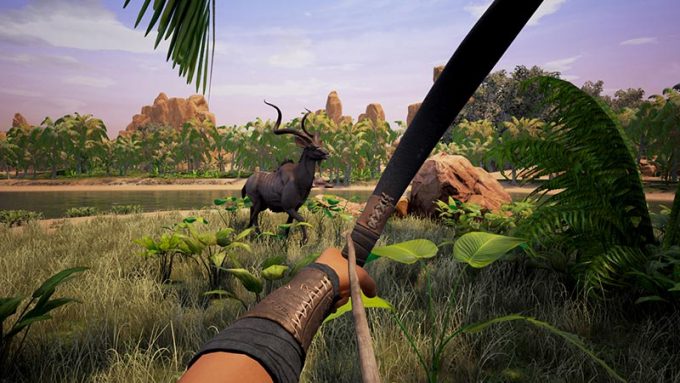 To be blunt, PvP is cheap. And I don’t simply mean that as a casual put-down. From a literal financial perspective, enabling open PvP is one of the cheapest ways to add threat and challenge to a game.

Survival sandboxes are clearly games that are being done on the cheap, at least relative to a full-featured MMORPG. Most are indie games who begin charging for admission long before an official launch. For a developer looking to cut corners or at least save costs, PvP is a life-saver.

PvP doesn’t require a lot of development time or expertise. There’s no mechanics to design, no AI to program. Just throw a bunch of people into a box, give them weapons, remove consequence, and let the dark side of human nature take its course.

That brings me to another issue with the survival genre. It seems to be caught in celebrating the worst aspects of humanity.

Most survival games are set after some sort of disaster — usually a zombie apocalypse — and even if they aren’t, there’s usually some sort of environmental threat, like dinosaurs or other nasties. Despite this, though, the greatest threat usually comes from other players. The message is clear: Rather than banding together to survive, humans turn on each other. We’re the real monsters here.

I don’t wish to veer too far off into the realms of politics or philosophy, but to me this seems symptomatic of a growing cynicism in our society as a whole. We’ve come to believe the worst about ourselves as a people. We don’t just acknowledge the darkness within us; we wallow in it. 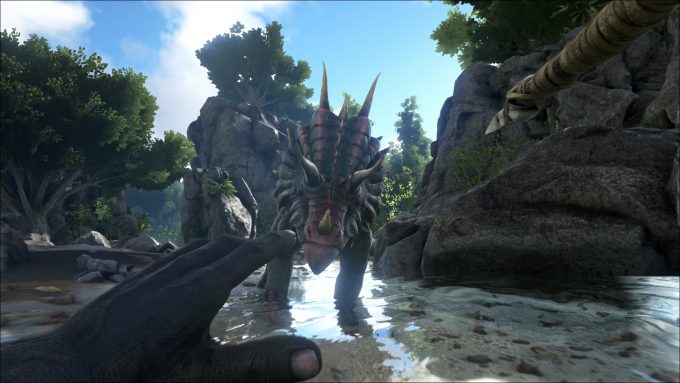 People are capable of terrible things, but that’s not all we’re capable of, and we can change. We don’t have to settle for the worst; we can be better.

There’s nothing necessarily wrong with some games making humanity’s darkness their star feature. Sometimes I like to indulge my dark side in games, too. But I find it disquieting that an entire genre seems to have made “people are awful” its core conceit.

In the end, all a survival sandbox needs is persistent danger. Players are not the only or even necessarily the best way to provide this. I think the environment can provide just as much of a threat, and perhaps even bring something positive to the online community, as well.

How It Can Work

At a fundamental level, all we need is an enemy for players to fight, something genuinely threatening. The trouble is that humans tend to be a lot smarter than AI, but I think this problem can be solved.

You don’t really need AI that’s particularly good at strategy. You just need it to be powerful, and unpredictable.

Zombies are played out, so let’s say our bad guys are robots. I’ve been watching a friend stream Horizon Zero Dawn lately, and I can’t help thinking what an amazing setting it would be for an MMORPG — or a multiplayer survival game. But if you prefer, you could also imagine our hypothetical game is Terminator Online.

Power is easy enough to achieve. Just give the bots a numerical advantage over players. Design it so there will always be more robots on a server than players by a wide margin. Doesn’t matter if they’re stupid individually; their sheer weight of numbers makes them a threat. 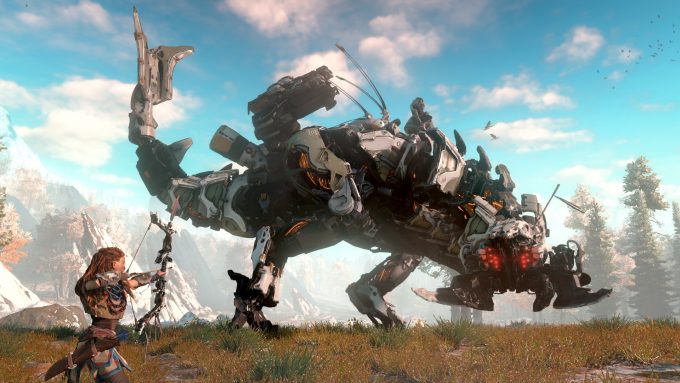 Players should generally be more powerful than the machines so that other players are always seen as a valuable resource. It’s a quality versus quantity proposition; players are stronger, but bots are much more numerous.

Unpredictability is a little trickier, but I think it can be doable without investing millions into advanced AI research. Again, the bots don’t need complex strategies to be a threat. Place some broad limits on their behavior — an upper limit on the number of NPCs that can be deployed server-wide, for instance — and then apply a certain degree of randomness to their distribution and aggressiveness.

Those two factors alone should be able to make for an unpredictable world. One day, the bots might swarm a certain zone heavily while neglecting other regions; the next, they might stick to the wilderness, presenting a threat to lone wanderers but not organized groups.

This would undoubtedly lead to some odd behaviors now and then. The robots might go a brutal rampage across a zone with no players. They might swamp a smaller settlement so much the players within have no hope of survival.

I think that’s okay. Survival sandboxes have always been a bit random, and they were never meant to be fair. A PvE sandbox doesn’t need to change those things.

What’s most important is that players never feel entirely safe, that they never know exactly when the next blow will come.

Couple this with the removal of the option to attack your fellow humans, and suddenly you have a game where you’re always happy to see other people. Bonds are formed not by arbitrary goads toward socialization, but by the simple fact that there’s strength in numbers.

I think the bigger challenge would be to ensure nothing else in the game’s mechanics discourages cooperation between players, but I think this is also a solvable problem.

My initial thought was to emulate the open-tapping and personal loot of Guild Wars 2, but that could sabotage the scarcity of resources that is a core part of the survival genre. Adding more players would simply generate more resources.

A better option might be to make resources more of a node system than directly looted items. If players capture a mine, then those in the immediate area can craft metal items.

This could also create interesting emergent gameplay. Maybe there aren’t any mines in your area, but a new one just opened up to the west, so you have to make the journey there to craft new weapons.

But the bots are swarming between you and the mine. Do you try to sneak through and hope you don’t get noticed? Do you take the long way around and risk the mine being conquered by bots in the meanwhile? Do you rally your fellow players and fight your way through?

Adding some randomization to the resources could also help ensure scarcity. Mines regularly deplete, farms regularly fail, and so forth. New resources will appear, but not always consistently. Shortages can happen, forcing players to ration, or perhaps to risk forays into enemy territory to capture what resources remain.

With a few simple mechanics, we’ve designed a game full of danger, where survival is a constant struggle, but where other players a resource and not a threat. It’s human versus machine in a constant struggle for dominance. Picture people manning the walls of player-made cities in a desperate struggle to protect precious resources from a swarm of robotic foes. Picture random strangers rushing to each other’s aid after a wilderness encounter with a bot patrol.

That, to me, seems like a much more appealing prospect than the Lord of the Flies simulators we’re stuck with now. Rather than encouraging the worst in all of us, a PvE survival sandbox could foster cooperation and fellowship among players.

It might not solve toxic behavior in all cases, but I do think it could foster an environment that’s more positive than negative. Adversity can bring out the worst in us, but it can also bring out the best, and it’s time the survival genre acknowledged this.

6 thoughts on “How a PvE Survival Sandbox Could Surpass PvP”