Reputation grinds are one of the most common types of MMORPG content — nearly all games have them in some form — and yet also one of the least beloved. They are, almost without exception, tedious chores with few if any fans. They’re something you do because you want the rewards at the end, never because the gameplay is compelling. 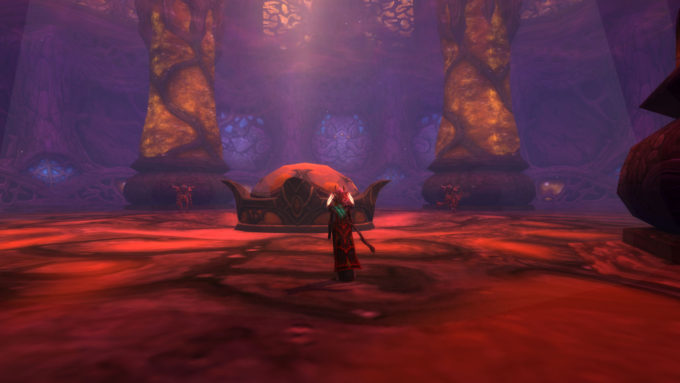 It doesn’t seem like it should be such a terrible thing. In theory, currying favor with NPC factions shouldn’t be any worse than any other type of content.

So why do reputation grinds suck so much, and what can be done to fix them?

The basic concept of reputation grinding is compelling enough. You’re trying to win over a group of NPCs — it’s a diplomatic option to go with all that killing and looting we tend to in MMORPGs.

However, the reality of reputation grinds usually doesn’t align with this concept very well at all.

One of my pet peeves in the MMO world is when you spend a whole zone’s storyline saving the day for a faction and becoming their hero of the hour… so you can unlock the right to grind reputation with them.

In reality if you saved someone’s life, that would probably give them a pretty high opinion of you. You wouldn’t have to do their shopping for the next month, too.

I think that reputation grinds need to have a solid foundation in the lore and story of a game in order to feel organic. You’ll probably never avoid including some degree of repetitive tasks, but it should be as much about getting to know the faction as it is about doing their chores for them. 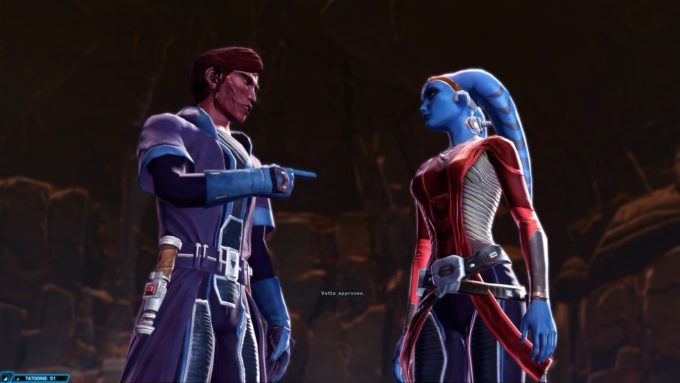 The closest I’ve seen to a good and enjoyable reputation grind system in MMORPGs is the companion influence system in Star Wars: The Old Republic. While getting max influence is still a pretty big grind, you can attain a decent level just by playing the story naturally. It’s about getting to know them as people and making choices that they will approve of. It makes them come alive as characters, and it feels natural.

Reputation grinds are usually among the most repetitive tasks you can find in MMOs, and that’s saying something. Most of the time you’ll just be completing the same quests and killing the same mobs in the same places day in and day out, potentially for weeks.

You’ll probably never escape this paradigm entirely — its is meant to be a grind, after all — but most of the time games don’t even bother to disguise the grind. At best they might vary the quests available each day from a small pool of potential choices.

A lot of people will say that daily quests are inherently bad content and to be avoided at all costs, but I don’t entirely agree. I think dailies can be good content and should be a part of a balanced MMO diet, but they need to be handled very carefully.

Firstly, bad quests are bad quests, daily or otherwise. Killing bears for their livers at a 25% drop rate — because three quarters of them are magic bears who survive without livers — is unpleasant once, and soul-crushing when done every day.

Great care needs to be taken to make daily quests interesting. They should have varied mechanics, interesting foes to fight, and should not be too tedious or inconvenient. Ensure travel times are minimal and that there are enough mobs and item spawns for all players participating. 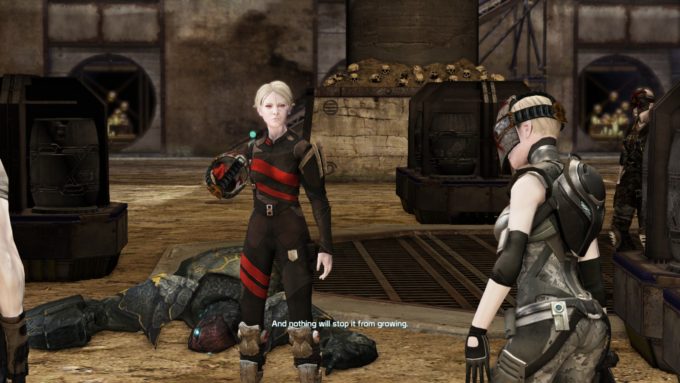 Another issue with reputation grinds is that the rewards they offer tend to be rather out of proportion with the effort required to obtain them.

In theory, rep grinds are usually meant to be content for more casual players. They’re not too challenging, and anyone should be able to complete them eventually.

But the genre’s long history of grinding has drilled into developers the notion that rewards should never be easy to get, so instead of challenging a player’s skills, they simply eat up their time as much as possible. Most reputation grinds will take several weeks to complete, assuming you play every day.

Again, because the content isn’t challenging, anyone can complete it eventually, but making the grind such a time sink inevitably sucks some of the fun out of it. Even the most well-designed reputation grind will become a chore after a few weeks.

This is compounded by the fact that reputations, being casual content, generally don’t offer great rewards. It depends on the game and the reputation, but most of the time you’ll be getting some very mediocre gear and/or a random assortment of cosmetic rewards.

The traditional reputation grind model is working at cross-purposes. It’s too time-consuming to make good casual content, and it’s not rewarding enough to make good content for more dedicated players. If all you’re going to offer is low level gear and cosmetics, it shouldn’t be too hard to max out a reputation, and if you’re going to make it take weeks of daily effort, players should get something decent out of it. 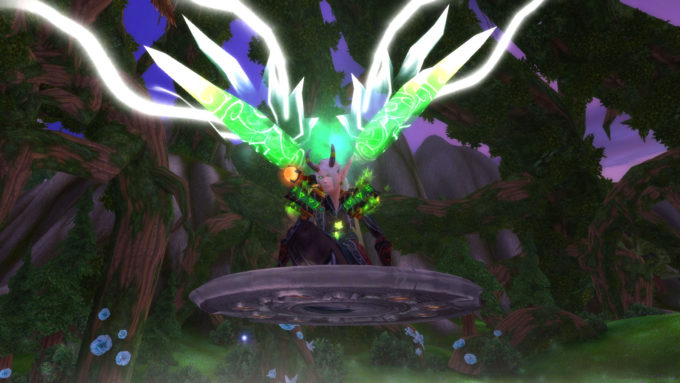 The scrolls weren’t too difficult to find, so reaching max reputation was pretty easy. The rewards for doing so were minimal — a few minor convenience tools for the archaeology profession and a unique flying mount — but they felt proportionate to the amount of effort required to obtain them.

I’d also like to see reputation rewards balanced out over the journey better. Usually you don’t get anything decent until you reach the very highest levels of reputation. It would be a lot more satisfying if you earned significant rewards at every milestone. For example, how about a reputation rewarding an armor set, with a different piece available at every level of reputation.

Putting it all together:

I think that in order to be compelling gameplay, MMORPG reputation grinds need to be treated as a unique form of content unto themselves, not simply be a glorified currency grind tacked onto existing systems.

That’s not to say that reputation grinds can’t make use of existing systems — it’s probably not feasible to expect developers to abandon traditional models like daily quests entirely — but it shouldn’t simply be a month of doing more or less the same tasks over and over again.

Because reputation grinds are by definition about interacting with NPCs, I think they should always have a strong basis in the story of a game. You shouldn’t have to grind reputation with a faction who already know you and have a high opinion of you, and it should always feel like an organic and logical process in the context of the game’s lore. 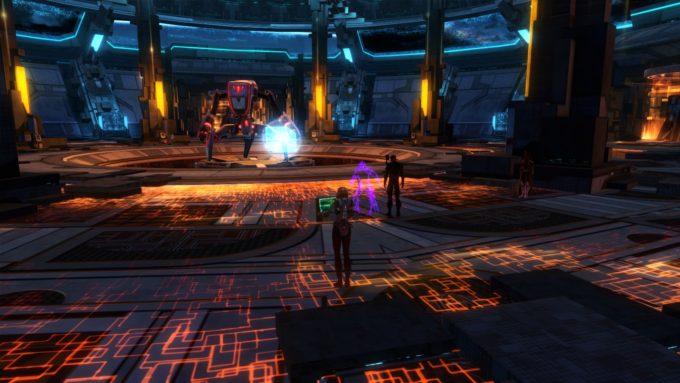 I would like to see the monotony broken by interludes where the player must make choices that would affect their standing within a reputation, similar to SW:TOR’s conversation system and its affect on companion influence. Make diplomacy its own mini-game.

Players would undoubtedly min-max the “best” choices in such scenarios, but it would allow more role-play focused individuals to make choices in accordance with their character’s persona, and decision-making can be emphasized by giving every choice a consequence — a decision that improves your reputation with one faction could harm it with another.

As for the daily tasks themselves, care should be taken to make them as diverse as possible, with extra effort made to make them more mechanically unique than the standard “collect five bear asses” quests.

It also might be interesting to give players a choice of how to grind reputation. Maybe have one set of tasks for solo questers, one for people who like dungeons, and one for PvP players, provided you can do so in a way that feels logical for the faction.

Finally, developers should make sure that the rewards for a reputation grind are appropriate for the effort required to obtain them. There’s a place for weeks-long grinds, but the rewards for such should be significant, and ideally not all awarded at the end. Meanwhile, there should also be a place for very easy reputations that offer simpler rewards. As always, variety is a virtue in MMORPG content.