ArcheAge is a fantasy sandbox MMORPG developed by XL Games and published by Trion Worlds. It has been available in the North America and Europe since 2014.

ArcheAge is a pretty unique MMORPG, featuring free progression and open-ended sandbox gameplay. Unlike most typical “theme park” style MMOs that railroad you until endgame, ArcheAge has no predefined paths; it’s completely open ended and you have high amount freedom with what you can do. The game is heavily focused on crafting. Pretty much everything can be crafted starting from your food, equipment, vehicles and ships, and even your very own home. It’s one of the few free to play MMO that offers deep crafting with more to do than JUST crafting.

ArcheAge has a pretty unique multi-class mechanic. At the outset of the game, you only have one skillset. When you reach level 5, you’ll gain another, and when you reach level 10, the three skillsets you have will combine into one class. Yes, instead of selecting from preset classes as in most games, in ArcheAge your class is created by your selecting and combining three skillsets into one class. There are ten unique skillsets you can use, effectively resulting in over 120 classes. Classes aren’t permanent; you can swap between them as often as you like. I love reviewing games like ArcheAge with multi-class systems since it really gets my creative juices flowing.

Trading is a central part of ArcheAge. Each region in the game has a trading outpost, which allows you to craft trade packages made from specialty goods unique to that region. These trade packages can be turned into various delivery points in other regions for profit. Naturally, delivering packages to far off region will net greater rewards. While carrying a trade package, movement speed is significantly reduced, unless using a donkey or public transports like carriages or airships. The rewards for delivering a trade package are divided between the player you delivered it and the player who crafted the trade package.

Like any good sandbox MMORPG, crafting is a central game mechanic in ArcheAge. Players craft the majority of the game content such as potions, foods, weapons, armor. ArcheAge has a wide range of crafting professions, 22 to be exact, and they form a wide range of different fields. For example, the logging profession allows you to grow trees and harvest fruits from them or chops them down for logs. These logs can then be processed into lumber at a Sawmill Station, to be used in carpentry or construction profession. Every crafting actions cost a certain amount of labor points to perform. Labor points slowly replenish while online, at a rate of 5 points every 5 minutes. I’ve spent more time with ArcheAge’s professions than most other crafting MMOs I’ve reviewed.

Unlike most traditional MMOs, ArcheAge has non-instanced player made housing. Players can claim an area on the map to build a house and farm. Naturally, property can be seen by other players and are also affected by the climate of the region. There are four such climates in the game, and different crops require different climates for optimal growth. Every week you have an obligation to pay property taxes on your lot. You have one week notice to pay the tax. Failing to pay it will allow other players to claim your plot of land and loot your structures in it. Don’t forget to pay your taxes!

Finally, PvP is a huge part of ArcheAge. The game’s sandbox lets players more or less attack each other freely. There is a penalty though so new players are safe. However, to progress at higher levels of loot grinding and character development or engage in territorial conflict, a high level of mastery will be necessary. Even crafting benefits by PvP because of the resource generation from occupying territory. 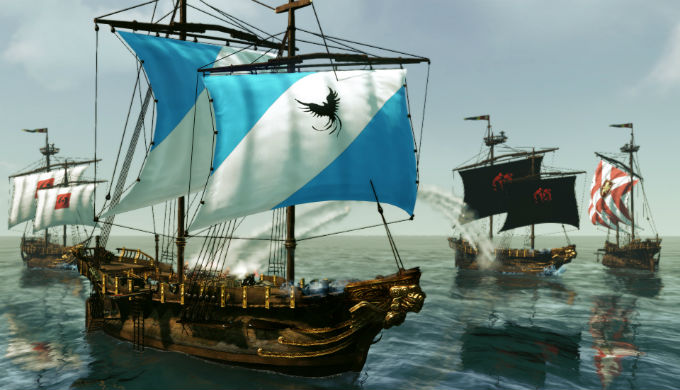 The visuals are top notch, the large amount of variation between costumes and structures. Houses have an impressively large array of customization. Unlike most other MMORPGs, need alt accounts aren’t important in ArcheAge. Classes can be changed freely and all crafting professions are accessible at all times. The game doesn’t lock into playing a particular role or class. As a result, you don’t need to plan your build, and you can play as you go. It’s a welcome relief from MMORPGs without good respec systems.

The crafting system is also incredibly diverse; you can build pretty much everything from shacks to mansions, small wooden boats to large iron-clads, or even 1920’s themed automobiles. Even the pieces of furniture in your home can be crafted. Any object can be crafted.

Players who enjoy PvP will absolutely love ArcheAge. Guild wars over important pieces of territory break out frequently. The lucrative trade system encourages players to player kill traders to get their loot, which creates a fun dynamic of traders potentially hiring help. The rewards are definitely worth it though, unlike a lot of PvP MMORPGs where PvP is just sort of a mini-game. This is one of the ways ArcheAge heavily encourages joining a guild and grouping up with other characters, the other being some of the massive raids.

Since the game is so PvP focused, solo players may not enjoy this MMO as much. If guilds or grouping is something you actively avoid in any MMORPG you play then ArcheAge may not be for you. The rewards for PKing lucrative targets like traders more than offsets the penalties.

Well, it makes sense for Trion’s wallets. You see if you are a paid subscriber your labor points not only recover at double the rate, they also recover even when you’re not offline. It pretty much necessitates that you become a paid subscriber to enjoy ArcheAge. That’s just too big of an advantage to pass up. Although the game also provides you a free 8×8 plot of land to claim, you can only acquire more land by paying real money for it.

I had fun reviewing ArcheAge and seeing it in a new light from just what I read online. The game isn’t bad, in fact, it’s pretty good. Unfortunately, the publishers over-monetize it which is where all the pay to win discussion originates. Realistically though, the pay to win aspects aren’t as bad as I feared. Like I said though, a subscription is really needed so instead of calling it a free to play MMORPG, it’s more like a free to try MMORPG. From that angle, I think it’s fair to rate as one of the 20 or so top MMO games.