Stronghold Kingdoms is a free-to-play strategy MMO developed and published by Firefly Studios. It was first released on October 17, 2012, after a two year open beta.

It’s not every day you review an MMO based on a favored childhood game series. Stronghold Kingdom is a castle/city building sim based on the Stronghold series from the same developer. On first start, you select a game world where to place your first village. In Stronghold Kingdoms you are allowed to have up to twenty five villages along with castles.

The game mostly revolves around managing your village. The village is where your resources are manufactured and stored. At first, you start with an empty map with just a village hall in the center. From here, you can build various buildings like hovels to lure peasants or a stone quarry to mine stone. But villages have another aspect. Every village in the game comes with a castle. At the start, it’s empty with only a single building, called the keep, in the middle. Whenever an enemy attacks you or vice versa, the battle is fought in this castle map, and you lose when the enemy reaches your keep. So your goal is to build walls and fortifications along with placing ample troops to successfully fend off attacks.

As expected from the name, combat in this game revolves around these castle sieges. Attacking another player requires honor, a resource that is increased daily. Attacking players can choose to either capture, raze, pillage, ransack or vandalize. And yes, those names are meant literally. Unlike other games, players here can conquer or destroy another player’s village (it won’t respawn like in Clash of Clans). Thus, defending a village’s keep is essential.

To capture an enemy village, you’ll need a surviving captain unit on your side and a high military leadership tech level. Razing also requires a captain unit with a Knight rank requirement. Pillage allows you to steal resources from the village, while Ransack allows you to destroy buildings in the village. Pillage and ransack doesn’t require you to conquer the keep; you only need to last long enough during battle to be successful.

Every village in the game belongs to a parish. Every parish belongs to a county, every county belongs to a province, and every province belongs to a country. Each layer has a capital and a steward to manage it. Some of the buildings in the parish capital give bonuses to villages in its territory. The steward is responsible for placing those buildings, along with defending the capital or attacking enemy parishes.

You become a steward by being voted in by the villages of your parishes. All villages receive three votes per day, and the player with the most votes becomes the steward. Votes decrease daily, so potential steward needs to be voted on regularly to win. The steward can send proclamations, a message sent to all villages in the parish. They can also set and collect taxes from their parish. 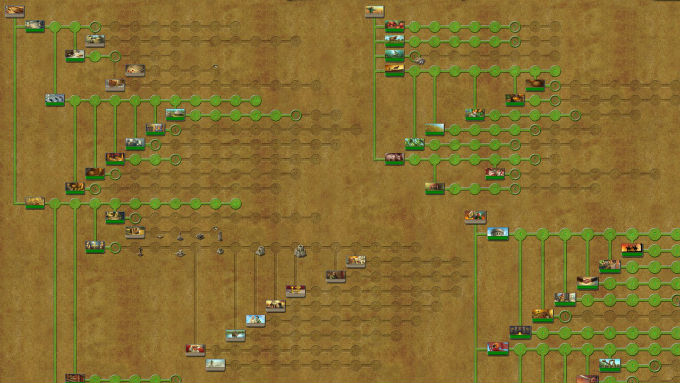 Stronghold Kingdoms has a pretty small client size. It’s only 400mb. As such, you can pretty much download and play this game quite easily. And yes, it’s an actual game client and not merely a portable web browser loading a website like in most Asian MMOs. The game is also pretty old, and as a result, it has low system requirements. You only need 512mb of ram and a 1GHz processor and higher. Pretty much every system created over the past decade passes that. All in all, it’s quite accessible but the client download provides a little more immersion and depth compared to other online strategy games.

But the game’s main draw is the combat. I reviewed Stronghold Kingdoms expecting something more like Clash of Clans. I’m happy to be wrong. The castle siege mechanic is fantastic. During a battle, there are hundreds of units on the screen at once, and they don’t just attack walls with swords. There are actual siege weapons which latch on the castle walls that your units use. It’s really similar to playing the single player Stronghold games, which is similar to Total War sieges for those who haven’t.

Unfortunately, the game is old, and it shows. The graphics look extremely dated. The art style didn’t age well and looked worse than Age of Empires 2 or Starcraft, despite both games being way older than Stronghold Kingdoms. The main reason is that the developer just reused the assets from older Stronghold games.

Gameplay-wise, the game suffers from an extremely slow progression. Every action in the game takes a lot of time to finish. Building and upgrading your castle will take ages, which pretty much prevents you from playing around with castle layouts. You can’t just set it and forget it though. Stronghold Kingdoms requires a time commitment. You’ll want to check in frequently or you could find yourself in the middle of a war, near dead. This may or may not be a negative though, depending on what you seek.

The biggest flaw in Stronghold Kingdoms is that it feels too pay to win. There are cards players can buy that give all sorts of benefits, and there doesn’t seem to be a limit to them. Due to alliances, free players can certainly compete and contribute though. A group of free players can still take down a single whale of a paid player. It’s just worth noting that individually, no free player can compete with a whale.

Stronghold Kingdoms is a fun city sim with a small client and a low system requirement, along with a fun castle siege mechanic. I would recommend playing it if you are looking for an extensive and immersive strategy MMO. There’s still the typical city management, but I found Stronghold Kingdoms to actually involve some strategic decisions, and I liked that a lot. Despite the pay to win elements, I’d have to say Stronghold Kingdoms is one of the top MMOs amongst city builders. Pick the newest world though or you’ll find yourself way too far behind to enjoy the game.