tl;dr – Torn is a crime-themed text based MMO with an active community and a ton of content.
PLAY TORN NOW

Torn City is a free to play text-based browser MMO developed and published by Chedburn Networks. It was first released on November 15, 2004.

Torn City is a bit different compared to most MMOs. For one, the game has minimal graphics. Instead, your action and results are shown to you via text. But the lack of graphics doesn’t mean that this game is simple or crude. There’s actually a tremendous amount of depth in Torn City.

In Torn City, you play as a would-be aspiring criminal in a crime-ridden city. The game is an RPG; you navigate the game world by clicking on the links on the left sidebar. Every location has certain actions available. For example, the gym allows you train your character, increasing his stats.

In addition to a life bar, the game also has an energy bar, a nerve bar, and a happiness bar. Managing all four bars is necessary for a successful game. Energy is spent every time you do an action such as training at a gym or mugging another player. It regenerates at a rate of 5 energy every 15 minutes. Nerve is also an important part of the game. It affects the success rate of crimes, and most of the risky actions require a high nerve. Nerve increases every time you successfully commit a crime.

Torn City has two different type of stats: Fighting and Working. Fighting stats consist of Speed, Strength, Defense, and Dexterity. They’re used while fighting against other players. Working stats consists of Manual Labor, Intelligence, and Endurance and they are used while performing jobs.

Yes, besides mugging other players, Torn City actually allows you to hold down a bona fide job. You can join the army, be a grocery bag boy, work as a dealer in a casino, enter med school, become a teacher or even become a lawyer. If you do a good job, you can even rise through the ranks. If you join the Army, you start as a private but can earn promotions all the way up to general. If you decide to become a doctor, you start first as a medical student but may eventually grow into a high-paying Brain Surgeon.

You can also start a company, or join other people’s companies. There are over 35 types of businesses you can start and join, ranging from relatively small and seedy like an adult goods shop or a strip club to huge and prestigious ones like a television network or a big oil company.

The game is PvP based. Mugging other people, and being mugged is a core part of this game. Even if you don’t assault anyone, you can still get mugged by other players. There are no deaths in this game. Instead, you just get sent to the hospital. 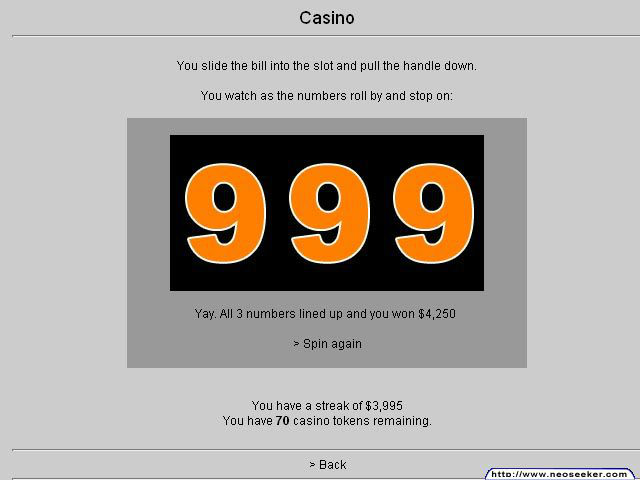 Torn City has an extremely clean interface. The game is easy to navigate, and everything is labeled properly. The game has a lot of whitespaces which separate all the UI elements into nice clean blocks. The game also has a liberal amount of icons which serves to help distinguish every action you can do. You also only need a browser to play it so it’s a great game to even play while at work!

But what is great about Torn is that there is a significant amount of content. You can start a company, invest in a bank, play in a casino, commit a multitude of crimes, do drugs, go hunting in Africa, buy a property, travel around the world, go dumpster diving, program a virus, and that’s just a fraction of the options. In Torn, anything is possible.

As a result, the game has extremely long term gameplay. It’s pretty much impossible to do all of the things I listed above in a couple of days. It will take you months, especially for the actions that cost a lot of money. If you play this game, you’re in it for the long haul.

Torn City also has a pretty active community. The community revolves around the forum and most players post in the forum while they’re waiting for the energy bar to recharge. Since this game is a crime-based MMO, the community is not exactly kind. But there are a lot of guides in the forum created by the veterans which do help. Despite living in an age where browser MMOs keep getting flashier and flashier, Torn successfully rests on its laurels of deep content to keep palyers.

While I said that there’s a lot of things you can in this game, unfortunately, they take forever to get to. Most actions in the game don’t give an immediate effect. For example, training in the gym once doesn’t increase your stats. Instead, you have to train that for days to see a noticeable effect. Similarly, starting a company is a month long affair.

The game also has an extremely high learning curve. A lot of the game mechanics/calculations are hidden from view. While you might know how a certain stat affects a particular action, you don’t know exactly how it affects it. Heck, even the EXP bar is hidden, so you don’t know when you will level up. You’re pretty much required to read the guides on the forum if you want to have a fighting chance against other players.

But the worst thing about this game is that the top players’ reign supreme. If one of them doesn’t like you, you are going to have an awful time in this game. As a new player, one of the first things you have to do is to kiss the ass of the top players. The top players are heavily into roleplay and take the game seriously. You need to greet them, and you need to worship them unless you want to be griefed to death.

Torn is a great text based MMO focusing on long-term gameplay with a lot of things to do and featuring a clean interface, along with a bustling community. Unfortunately, the game also suffers from very slow pacing and a high learning curve.

In the end, I recommend this game to everyone who can handle minimal graphics. The game has a lot of depth to it and while the top players are prone to abuse, get on their good side, and they will help a lot in-game.

One thought on “Torn Review”