At its core, Total War Arena is a 3D real-time tactics game with MOBA mechanics. Like most strategy games, the game is played from a top-down overhead view. But the controls are a bit unconventional compared to other tactics games. However, Total War fans will find themselves right at home. For example, you use the WASD keys to pan your camera across the screen, while you use the Q and E keys to rotate the camera around.

Total War Arena is a team vs. team game consisting of 10 players each. Each side has a base, and your goal is to conquer the opposing team’s base. Each match runs for 15 minutes. Where it stakes an original claim against MOBAs is that there are minions (allied or enemy) nor any other neutral creeps. And instead of controlling a single hero, you control a small army comprised of 3 independent squads of units.

The game currently has four factions: Rome, Greece, Barbarians, and Carthage. Each faction has their own unique commanders and unit upgrade trees. Commanders are this game’s equivalent of heroes. They grant powerful skills to your squads. One of Rome’s commander, Germanicus, uses the Testudo formation, making your units almost impervious to ranged attacks.

Each commander has three skills each. But note that most commander skills are not universal and only apply to specific units. The aforementioned Testudo formation, for example, only applies to infantry units with a sword and shield. So if you don’t have the necessary unit, the skill is useless. As a result, it is essential to pick a commander that meshes well with your troops and vice versa.

In general, each faction has their own unique troops based on these unit types. For example, Rome has Legionnaires as its swordsman and Velite as its Javelin unit. Meanwhile, Carthage has elephants as one of their cavalry units while Greece has Phalanx as their pikemen units. Note that not all troop types are available to each faction. For example, Elephants are only available to Carthage.

Each faction also has a tech tree. At the end of each match, you gain EXP and silver which you can use to unlock the next tier of units. To unlock Elephants, for example, you have to unlock Mercenary Rabble, Mercenary Spears, Phoenician Warriors, Libyan Recruits, Punic Mercenaries, and finally African Elephants from the Carthage tech tree, in that order. Units may also include commander level requirements. Elephants, for example, also requires a level 6 Carthage commander.

As you might expect, this game is purely PvP driven. There is, however, a bot mode which allows you play against an AI. But this mode is pretty much just a glorified practice mode and is not the meat of the game. 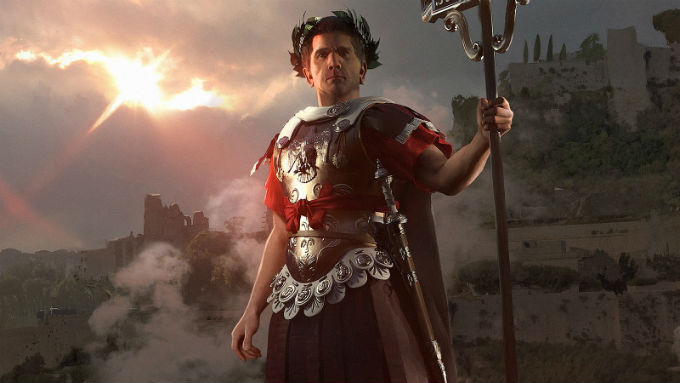 Total War Arena has a unique RTS/MOBA hybrid gameplay. It kept the standard MOBA mechanics, the lanes, the bases, etc. and combines it with standard RTS squad mechanics. As a result, the game is pretty unique and stands out compared to MOBAs and other strategy focused MMOs. There’s no other game like it.

There’s also a lot of unlockable units to keep the progression train running. Each faction uses a unique tech tree, and all their units are unique to their factions. A barbarian infantry will look and act differently compared to Roman infantry. And the differences increase the higher you advance on the tech tree. As a result, each faction has their own unique charm.

Another great thing about this game is the scale. Each squad is composed of hundreds of units. With twenty players in game commanding three squads each, you’ll end up seeing around two thousand soldiers. Every match in this game is truly feels like an epic battle. The scale is massive, and battles are fun to watch unfold. The interface is well done too, especially given all of the information that’s available.

Finally, coordinating tactics with allies is more fun in Total War Arena than perhaps any other strategy game I’ve played. Players with diverse squads bring up a ton of interesting options for how to conquer maps. Everyone gets a say in how, but of course no one has to listen either. For the most part, players were happy to cooperate and work together to the best of their ability. At fifteen minutes, the matches aren’t long either so even a bad pairing will quickly ended.

Unfortunately, the game is pretty unbalanced. Some of the units are overpowered like the Elephants, which are absurdly strong and has no hard counters. Some of the units are also way too situational and extremely hard to use like the wardogs. Hence, they’re in almost no higher level games. With only three squads each, players tend to pick the strongest units available so you end up with several three elephant squads.

The game also requires a lot of grinding to unlock units. There are ten tiers in the game, and the later tier units can need multiple unit types from the previous tiers being unlocked. As a result, unlocking the higher tier units becomes incredibly time-consuming.

This is especially true for the tier-9 and tier-10 units. They are pretty much impossible to unlock as a free player. They require an absurd amount of EXP and silver to unlock. You need to play the game non-stop for months just to unlock one. I don’t think it’s an issue that people need to spend some money here, except that matchmaking will pair high tiered commanders vs. mid tiered. Ultimately, improvements to matchmaking would go a long way.

Total War Arena is a unique game. The game boasts a unique RTS/MOBA hybrid gameplay with tons of troops types and on a massive scale featuring thousands of troops on each side. Unfortunately, the game also suffers from unbalanced gameplay.

In the end, Total War Arena is one of the best free to play strategy games I’ve reviewed. The game is burns the brain to the tune of a ton of fun in an easy to digest package. The game is fun to play, especially if you’re on a team where everyone cooperates.