tl;dr – Warface is a class based tactical shooter with a great mix of PvE and PvP content.
PLAY WARFACE NOW

Warface is a free-to-play first person tactical shooter developed by Crytek and published by My.com. It was first released on October 21, 2013. Recently, Warface has undergone some major updates to improve gameplay and the user experience, hence the new Warface review.

Warface is a free-to-play online shooter from the same developer as Crysis. This game is a class-based tactical shooter. The controls are standard for a first person shooter MMO.

This game has four classes, each with their own unique role. Each class has a different primary weapon along with a unique special ability. For example, the Rifleman uses Assault Rifles and Machineguns as their main weapon and their special ability is to resupply teammates with ammo. The Medic class uses shotguns and have a unique ability to heal and revive teammates. The Engineer shoots sub-machineguns and can repair armor and plant anti-personnel mines. The last class is the Sniper, who unsurprisingly uses a sniper rifle, and has no special ability.

Warface has an equipment system similar to most RPGs. Weapons in this game carry over between matches and are bought using the in-game currency. The game has three in-game currencies: dollars, which are earned by playing matches, Kredits that can be purchased with real money, and Crowns which are obtained from finishing co-op missions. In general, pieces of equipment purchasable using Crowns have greater stats compared to its dollar counterparts.

Warface has both PvE and PvP content. First, let’s start with the PvE content. Co-op is the most popular game mode for Warface. These missions actually require a lot of coordination and planning between players to achieve victory. You get rewards at the end of the mission (which earn you Crowns depending on your performance.)

PvP has multiple game modes: Team Deathmatch, Free for All, Plant the Bomb, Storm, Capture, and Destruction. The first three should be obvious. Storm is a capture the flag mode where you must capture three points in exact order. Capture is a game mode where one team would carry and defend a nuclear bomb, while the other team tries to capture it. Destruction plays similarly to plant the bomb, but instead of planting a bomb in a designated location, you go to a designated location to access the computer there to order an airstrike. 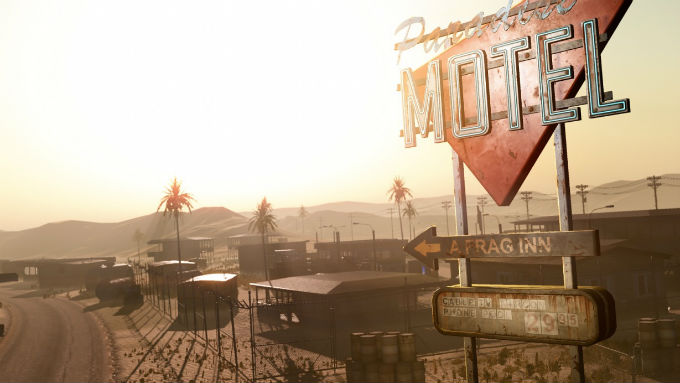 Warface uses CryEngine, used on other games like Crysis. This means the graphics are absolutely stunning, especially if you have a powerful enough video card to max your settings. Amazingly, the game is also well-optimized. You don’t need a high-end PC to play this game. Mid-end is enough, and it’s even playable on low-end PCs with all the settings turned low. Even on low, it looks better than most other top MMOs.

What truly sets this game apart from other online shooters is the amount customization available. Warface offers player a selection of over 150 guns. Players can further customize weapons by adding attachments. Players can even change the attachment in the middle of a match, say for when a suppressor makes more sense than a scope for a particular strategy.

I really enjoyed taking time to review Warface’s wide range of game modes. The developers have done a great job providing quality PvE and PvP content. Most games just focus on one and half-ass the other but not Warface. Co-op mode gives Crowns which you can use to purchase weapons with higher stats, but they are time-consuming to play. On the other hand, PvP modes can be played quickly, but they give lower rewards compared to Co-op. As a result, both modes are played by players evenly.

Unfortunately, not everything about this game is great. For one, the game exhibits pay-to-win tendencies. Equipment is everything in this game, and the premium weapons/armors are clearly stronger. Sure, skilled players can overcome this advantage but it’s still clearly there.

That said, it’s not impossible for a free player to stand toe-to-toe against them. It just requires a lot of grinding. The game is pretty stingy when it comes to rewards, and most guns, especially those with high stats, cost a lot of dollars or crowns to purchase. It’s not really viable unless you’re someone that has nothing better to do with his time except to play this game 24/7.

Really, the worst part of it all is the limited nature of the weaponry. First, all guns degrade with use. They must be repaired constantly. To do this, players must spend currency. This makes it even harder to save up for a top tier weapon. Oh, and those top tier weapons can only be rented for about 30 days at a time. So you don’t even get to own the gun. None of this is particularly rare for any match based free-to-play FPS we’ve reviewed, but it’s still noteworthy to those unfamiliar with how it all works.

Warface is an online tactical shooter featuring great graphics, along with a even mix of PvE and PvP content. Unfortunately, it’s either also either grindy or pay to win. Free players who don’t mind being at a disadvantage or paid players who like getting a leg up for cheap will be Warface’s happiest players.