Ragnarok Re:start is a relaunch of the classic MMORPG Ragnarok Online, developed by Gravity Interactive. Ragnarok Re:Start is published by WarpPortal and was officially released on June 27, 2017.

Ragnarok Online is a free-to-play fantasy MMO based on Nordic mythology. The game is played from a top-down overhead perspective. The graphics are 2.5D, monster and character sprites are 2D, while the terrain and the building are in 3D.

With the basics out of the ways, let’s start our Ragnarok Re:Start review with a quick history lesson. Back before World of Warcraft, Ragnarok Online existed a powerful force in the genre. Developed by Korean based Gravity Interactive and based on a Manwha (Korean Comics), this game took the world by storm. Its cute anime graphics and solid gameplay featured a diverse range of classes that screamed replayability. It’s one of the most long-lived MMOs around, with the original North American version running almost 15 years straight.

Unfortunately, neither Ragnarok’s sequel Ragnarok Online 2, nor its spiritual sequel, Tree of Saviour, managed to live up to the original game. One by one, most of the official Ragnarok Online servers started shutting down, until only the international version, which is still hemorrhaging players, was left.

Re: Start is an attempt by the publisher of the international version, WarpPortal to rekindle the game. Ragnarok Re: Start is a complete restart. This release is based on the progression server back in 2003 with some changes. By releasing an early version of the game, WarpPortal hopes to attract both nostalgic fans and new players. It’s worked to extend the life of some MMORPGs like EverQuest so there’s certainly precedence.

Because it’s based on the early 2003 version, Re: Start offers only six introductory classes and their original second job. Players jumping into Re: Start will choose between thief, swordsman, mage, acolyte, merchant, and archer to adventure with. Incidentally, the only second classes available are the blacksmith, assassin, knight, wizard, priest, and hunter. That’s 12 classes in total. To put it in perspective, the normal international version has around 46 classes. At players will have a handy guide of what’s coming in the future.

Ragnarok Online Re: Start is very PvE focused. Most of the content revolves around completing quests and exploring dungeons. While the normal version has some PvP content like guild wars, Re: Start has no such thing. These and other PvP content will be added on in the later updates, but at the moment, Re: Start is PvE only. 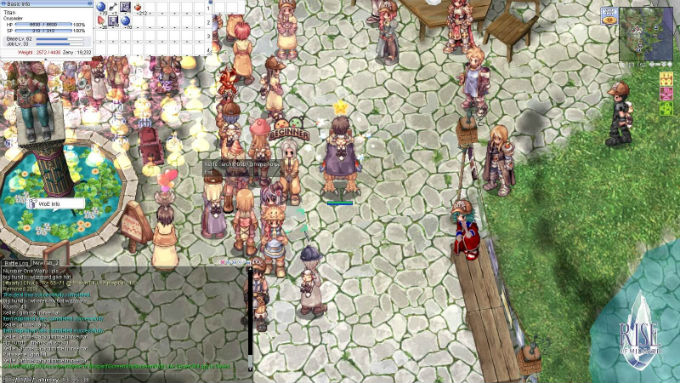 Ragnarok Re: Start gives you a serious dose of nostalgia if you’ve played Ragnarok Online before. The server is based on the early 2003 version of the game. RO has classic servers, yes. But those servers are already updated to the latest complete version. There are no new events, and there are no new updates for them. Re: Start is different, we get the updates and expansions incrementally, one by one. This allows you to relive the game from the very start again and play it as it evolves. It’s a perfect game for anyone that misses the old Ragnarok Online.

But that doesn’t mean that this game is only for old nostalgic players. Even for a new player, Ragnarok Online is incredibly easy to get into. The controls are simple point-and-click. You can jump into the game immediately. And while RO’s combat mechanics are quite complex, they are pretty accessible to new players, as long as you read around. The limited amount of classes Re: Start has is also a plus since you don’t get needlessly bogged down by choices.

But one feature where Ragnarok Online still reigns at or near the top is with its music. The game’s soundtrack is really, really good. Every field, every city, every dungeon has a different background track which significantly adds to the atmosphere of the game. Most of this game’s music is incredibly memorable. It makes you feel nostalgic, even if you haven’t played the game.

Unsurprisingly, the game is showing its age. The UI, for one, is extremely dated. It was designed back when monitors had a small resolution. As a result, the UI is tough to read if you have a high-resolution monitor. The graphics are also somewhat dated. The 2D sprites are fine, but the terrain/buildings did not age well. They look horrible now.

But one of the worst things about Ragnarok compared to modern MMOs is the immense grind. This game was created back when grinding for levels were all the rage. You will spend most of the time in this game grinding. This is particularly true for RO since this game has two levels: base level and Job level. Every mob in-game gives different amounts of base EXP and job EXP, so you’d find one mob that gives a great amount of base EXP but gives horrible job EXP or vice versa. As a result, you pretty much have to grind twice.

But what if you don’t want to grind? Well, Re: Start sells VIP accounts that give you increased EXP and drop rates among other things. You’d still have to grind though. Free players will need to prepare for a rather painful grind that could take months to years to reach max level.

Ragnarok Re: Start is also not an entirely faithful reproduction of the old game. It’s using a so-called “revo-classic” mechanic, which means the game uses Revolution mechanics with classic content. Unfortunately, this means you can’t do popular classic builds like the insta-cast mages, and other fun builds. Monster spawn and the drop rate are also not entirely faithful to classic.

Ragnarok Re: Start is an excellent attempt to rekindle interest in an old game. It’s easy to get into and features a great soundtrack that’s bound to make you nostalgic. Unfortunately, the game didn’t really age that well. The UI is a bit dated, and the gameplay is very grind heavy.

But in the end, I still recommend this game to anyone, especially if you’ve played the game before. If you’re an old player, you get to relive the magic again. If you’re a new player, you’ll get to find out why this game became popular.