A few weeks ago The Secret World held its traditional and much-lauded Halloween event. The new additions for this year broke with tradition a bit by offering an event that was more community driven, instead of the solo-focused stories we’ve gotten in most years.

The new Rider event required cooperation from the entire community — or at least a large section of it — and it was really quite unlike anything I’ve experienced in an MMO before. It got me thinking about the nature of social play in MMOs, and organic versus forced socialization.

First, let’s explain a bit about the event.

The entire event comprised a massive community-wide mystery that had players scavenging for clues, experimenting, and continually finding new layers to the investigation. The whole mystery is far too involved to get into here. That would probably take up an entire article on its own.

But for most people the meat of the event involved summoning and fighting world bosses, and that’s what I’d like to focus on today.

For the duration of the event, an untargetable Rider NPC would appear in one of the game’s open world zones, where it would stay for thirty minutes before moving on to the next zone.

Along with the Rider, event-specific mobs would appear across the zone. If they were all killed before the Rider moved on, it would summon a powerful world boss that players could then kill for sweet, juicy loot.

Mid-way through the event, though, players discovered there was more to the summoning process. A more advanced ritual could be used to summon even more powerful world bosses with improved loot. 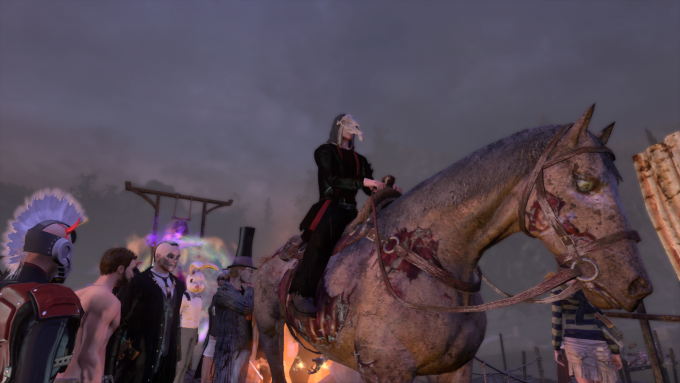 To do this, a “summoner” player had to stay by the Rider and use several event-specific items during the brief window after the death of the last mob but before the boss spawns. In addition to that, groups of players had to use the /worship emote at specific locations across the zone. Only if those conditions were met would the empowered boss spawn and give up its coveted drops.

The first few days of the event were a mess. Players — including yours truly — spent most of their time running around like headless chickens, not knowing what to do or where to look for the mobs to kill. Often entire zones full of dozens of people failed to summon any boss at all within the time limit. It wasn’t a great time.

But things got better. As information disseminated through the community and players learned the ropes, successful summons became more frequent. By the time the secret of empowered summons was cracked, things were kicking into high gear, and by the latter half of the event, the community had become a well-oiled machine, summoning multiple bosses — usually empowered — every half hour.

In the space of a week or less, a community of hundreds — perhaps thousands — of people had gone from individuals without purpose to something like a digital army, organized and efficient.

That’s pretty incredible when you think about it, and it all happened organically. And I can’t help but feel that this is what MMOs are really all about.

Now, I have a confession to make: I’m one of those awful solo players ruining the genre that you keep hearing about. 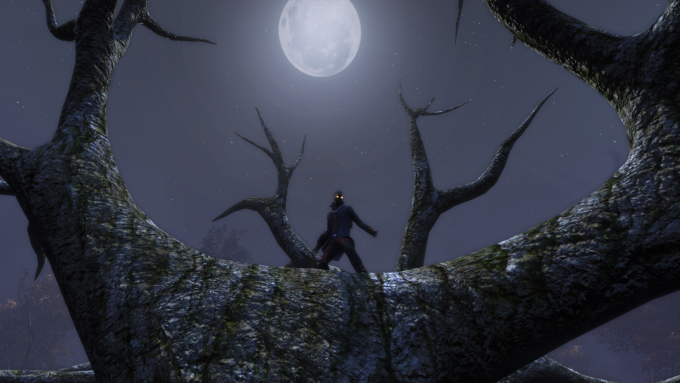 I’m not completely antisocial; I do like to PUG dungeons from time to time, and I will occasionally join conversations in general chat. But I usually don’t join guilds, and I prefer to keep to myself more often than not. It is the virtual world aspect of MMOs more so than the social aspect that appeals to me.

I also don’t like feeling like I’ve been forced into something, which is often the impression I have from developers’ efforts to make MMOs more social. Purely out of pig-headed stubbornness, I refused to join a trading guild in Elder Scrolls Online even though it probably would have helped me with my crafting.

And yet I didn’t mind TSW’s Rider event, despite its highly social nature. In fact I enjoyed it quite a lot, and the feeling of community cooperation became my favorite part of the experience.

I think there are a couple of things that made this so much more appealing than, say, a more traditional raid.

Part of it is that the number of people involved was very high, and therefore the responsibility was very spread out. To summon an empowered boss was a complex, difficult affair, but you as the person on the ground didn’t need to worry about all that. It was very easy to contribute meaningfully without worrying about the big picture. If someone calls out that they need an extra worshiper at the Franklin Mansion, all you need to do is head to the mansion and /worship. You don’t need to worry about all the rest.

The event did somewhat necessitate people willing to take the responsibility of organizing things, but it only took a handful of organizers to keep the event running smoothly for hundreds of people.

It was an event with a very low barrier to entry. You didn’t need to apply to a guild or even a group. You just had to pay attention to event chat and participate as needed. 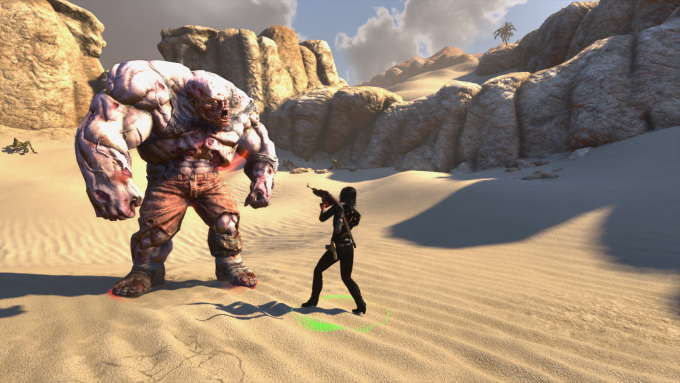 And once you did join in, it felt really good to be a part of something greater. Simply being a worshiper or killing a few of the event mobs may have been a small contribution, but it was crucial all the same. When a boss spawned, you would be rewarded not only by whatever you loot you got yourself, but by the gratifying knowledge that all of the dozens of people in your zone would be benefiting from your efforts.

It also helped that Funcom was careful to make griefing the event all but impossible. The worst thing you could do was simply not help summon, but even that’s pretty harmless unless it happens on a mass scale, which generally wasn’t the case. There was nothing a malicious player could do to disrupt a summoning, and the loot was on a personal basis, so there was no drama there, either.

All in all, the event managed to dodge pretty much all of the unpleasant baggage that tends to accompany social content in MMOs. Instead, it fostered a sense of fellowship and cooperation among the community, and it brought people together — even those of us who are usually loners.

The Rider event is something I hope the MMO community — and especially developers — take notice of, because right now a game with a reputation as a “single player MMO” is schooling the industry on how to make games more social the right way.

Too many MMOs try to artificially enforce social gameplay. You could argue the Rider event was forced socialization, too — nothing would be summoned if people didn’t work together — but it didn’t feel forced. It felt organic. It offered some rewards and left the players to organize themselves as they saw fit.

Again, the power being in the player’s hands is important. You didn’t have to shoulder a lot of responsibility or be particularly vocal if you didn’t want to. You could ease yourself into things. I started the event silently observing and barely contributing, but by the end I was not only hunting mobs and worshiping but also helping to organize worship groups and directing other players to lore spawns. 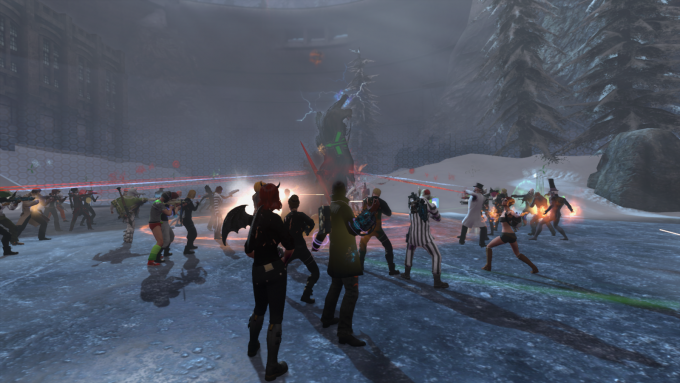 Most MMOs have a very narrow definition of social gameplay. They enforce strict group sizes and roles. Player groups that don’t adhere to a developer’s vision of the “correct” way to play are viewed as invalid.

What we need is more content that doesn’t enforce hard limits on the number of people who can participate — at the low or high end — or a strict balance of roles.

The Rider event is one example of how we can do that, though it’s far from the only way. It would be nice to see more content that scales to accommodate different levels and group sizes, less rigid adherence to the “holy trinity” of group roles, and other ways to help people come together in-game.

And it would be good to see more community-wide events. For a genre supposedly based on massive socialization, most content is still targeted to relatively small groups of people. Even the largely defunct forty-man raids were really a drop in the bucket for games with playerbases that can be measured in the hundreds of thousands, or in some cases even millions. Let’s stop thinking in terms of groups or even guilds, and start thinking in terms of whole communities.