Let’s face it: World of Warcraft is by now a very old game. Constant updates have helped it endure the ravages of time better than most video games, but by now it can’t help but show its age. At this point more recent MMOs have surpassed in many areas. 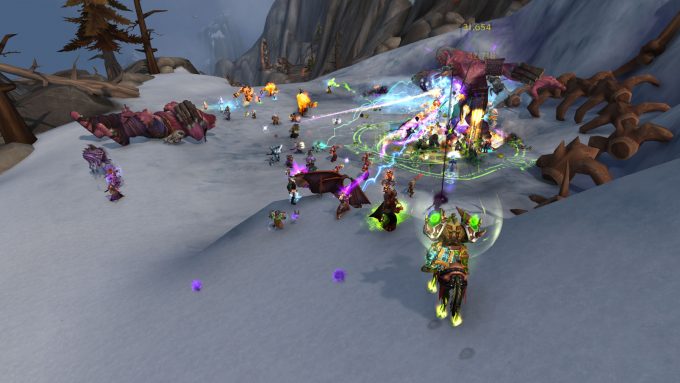 Many, but not quite all. There are still a few specific things that Blizzard’s juggernaut does better than any other game.

It always confuses me that I don’t see more discussion of the active mitigation tanking model. For me, it was a revolution.

In most MMOs, tanking is mainly about holding aggro. The tank fights a constant tug of war with both the enemies and their own teammates to ensure their threat stays high enough to keep mobs’ attention. Their survivability comes from passive damage mitigation — like armor and other defensive gear stats — and the efforts of their healer.

Active mitigation was the name given to a new model of tanking that WoW introduced around the time of the Mists of Pandaria expansion. It was a pretty extensive rebalance, but mostly it boils to down to two major changes.

The first is that tank threat generation was massively buffed, to the point where it’s virtually impossible for a tank to lose aggro — even with over-geared DPS players — as long as they actually use their abilities.

The second was that passive damage mitigation for tanks was lowered in favor of a much greater emphasis on active damage mitigation (hence the name). This includes things like self-heals and short duration defensive buffs. Intelligent use of these abilities is crucial in absorbing damage and preventing the healer from being overwhelmed. 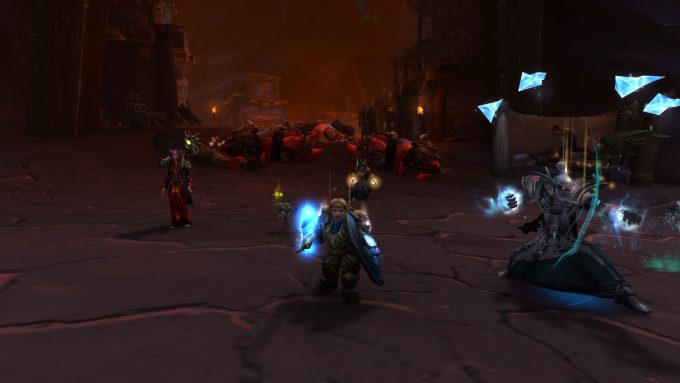 But that dry description doesn’t capture how active mitigation actually feels. The end result of these changes is that tanking is much less stressful, and you end up feeling much more like a true tank, controlling enemies and shrugging off incredible punishment. With less concern about holding aggro, it’s simply a fight to death between you and the bad guys. You feel like the true vanguard of your party, a wall of steel between the enemy and your friends.

Historically, tanking has been my least favorite MMO group role by a wide margin. In WoW, with active mitigation, it now threatens to topple DPS as my preferred group role. On every class I play with a tank spec, I tank at least some of the time, and in many cases it’s my main spec.

Active mitigation even benefits those who don’t play tanks. DPS players no longer have to worry about throttling their damage to avoid pulling aggro. Healers no longer live in fear of an inopportune heal crit attracting the boss’s attention. It’s a better system for everyone.

Active mitigation is an innovation I would dearly love to see the rest of the MMO industry adopt. It’s ruined me for tanking in other games.

Blizzard’s focus has long been on high-end PvE content like dungeons and raids. Sometimes this focus can cost other sections of the game, but it has allowed their instanced PvE to surpass every other game on the market in pretty much every way.

When it comes to quality, Blizzard can’t be beat. After years of experimentation, they’ve achieved a strong formula for endgame design. Not too much trash, a good number of bosses per instance, and creative and engaging fight mechanics. 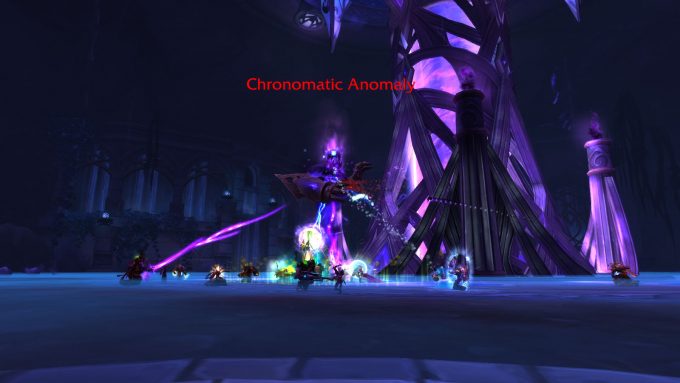 Add to that consistently excellent art design and compelling lore, and you have some of the best group content in the world of MMORPGs.

All that quality wouldn’t matter if no one saw the content, though. Thankfully, Blizzard also does an excellent job of making its max level PvE accessible.

It’s certainly been a rocky road to get here, and Blizzard’s track record on accessibility is far from spotless, but nowadays each dungeon and raid has been opened to all through a combination of reliable matchmaking tools and a variety of difficulty settings to satisfy every playstyle and skill level. At this point, pretty much anyone who wants to experience WoW’s dungeons and raids can.

Sometimes it feels like the concept of sprawling, open MMO worlds is slowly dying off. I can grant that some games simply wouldn’t work as open worlds, but these days it feels like developers just aren’t trying. More and more we see games where each zone is its own partitioned off instance. Even Elder Scrolls Online, otherwise an exemplar of good open world design, is heavily instanced.

But World of Warcraft is still keeping the open world torch alive. Some may blame it for the rise of instancing, and its endgame does focus heavily on instanced content, but nonetheless each expansion to date has featured huge new landmasses that are freely explorable with nary a load screen in sight.

If you want to lose yourself in a seamless virtual world as in the days of old, WoW remains a stellar choice. 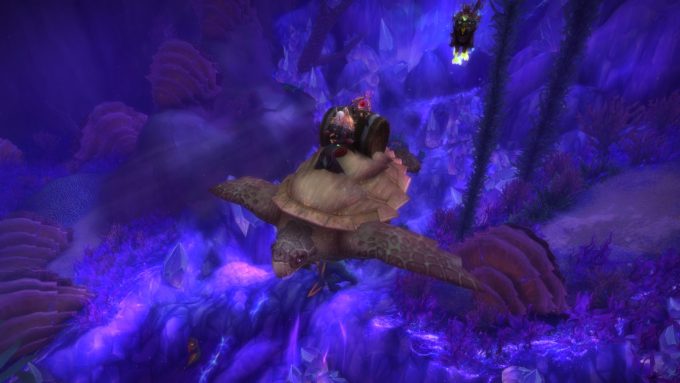 Whether you love or hate Blizzard’s unique style, you can’t deny that they have one. In a genre awash in interchangeable fantasy settings, WoW stands apart with its vibrant and colorful graphics, its bombastic soundtrack, and its larger than life characters.

One of my favorite examples is Meryl Felstorm. He is an ancient human mage so powerful and so badass that when he was killed in the Troll Wars he proceeded to resurrect himself from the dead and go on kicking ass and defending Azeroth as a zombie for the next three thousand years.

And that’s a minor character! Every aspect of the Warcraft setting exudes the same over the top style and intensity.

Once you’ve lived with it for a while, it’s just so hard to go back to fantasy settings where everything is brown and half the characters are farmers. The vibrancy of the Warcraft setting is every bit as addictive as its gameplay after a while.

Player flight isn’t necessarily a unique feature to World of Warcraft, but the list of games that give players the ability to fly under their own control in the large majority of the game’s content is still relatively small.

Aside from being convenient, flying mounts impart a wonderful sense of freedom and are arguably the best way to take in the scale and beauty of the game world. They’re certainly a Godsend for screenshot fanatics.

This is part of why I’m so perplexed by Blizzard’s attempts to limit player flight in recent expansions. It’s a special experience that few games offer. It’s like they want their game to be more generic, to have fewer selling features. 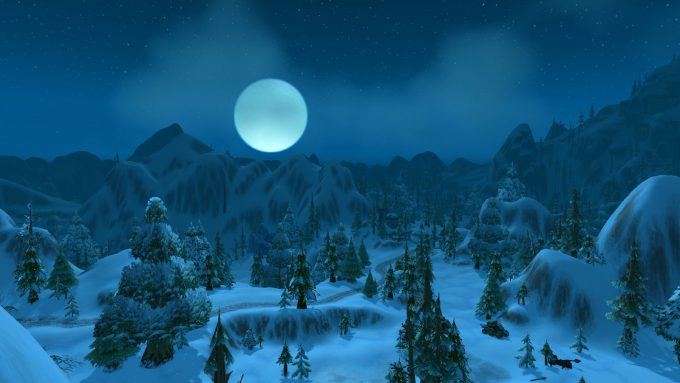 Finally, if there’s one thing that other MMOs can’t touch WoW on, it’s the sheer breadth of the game. World of Warcraft is by now probably one of the biggest games in history, and still growing. It was massive to begin with, and after six expansions, it’s reached a truly titanic scale.

This is true in every respect. In terms of physical scale, the actual world of Warcraft is enormous, encompassing six continents across three worlds, plus occasional forays into stranger realms still. There are dozens of instanced dungeons and raids. There’s a lengthy list of battlegrounds, arenas, and other PvP areas. There are extensive optional activities, from crafting to pet battles. There are countless gear appearances, achievements, pets, toys, and mounts to collect.

Even if you focus on only a few aspects of WoW, you’d still find a staggering wealth of content. Even if you just treated it as a single player RPG and did nothing but solo quests, you’d still be able to play for months if not years before running out of things to do. And that’s without taking into account whatever new content gets patched in along the way!

It’s nigh impossible to run out of things to do in World of Warcraft. More likely you’ll burn out long before you ever reach the end of what it offers… which means there’ll still be plenty to do when your burnout wears off.