Steam Hammer just wrapped up a $50,000 Kickstarter to help bring to life their hardcore steampunk, sandbox-style RPG. Lots of words there, but there’s a lot to describe. We talked with Konstantin of Big Way Games to find out more about their upcoming multiplayer title.

Steam Hammer is a sandbox survival RPG. Aside from the Steampunk theme, how will Steam Hammer differentiate itself from other multiplayer survival games?

The game also includes the Acribians, a race with their own architecture, armor, weaponry, and, of course, airships (they get flying whales). Other survival games generally stick to one race, while Steam Hammer players also get to enjoy how Acribians fuse flesh and machinery. The result is the kind of Frankenstein/cyborg mix you’d expect from the end of the 19th century. 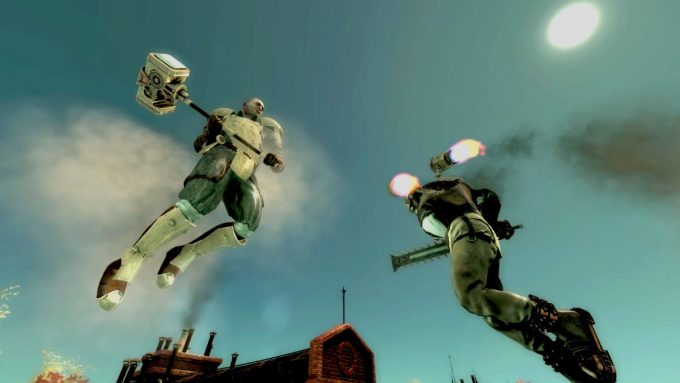 Since it’s important to our audience, what sort of features will most appeal to MMO fans?

MMO fans get your standard package: 64-person servers, the ability to create and join guilds, and the opportunity to play on a single server with friends. That way they can build the city of their dreams without worrying that someone is going to come rampaging through and wreck the whole thing. None of that should come as a surprise, however, so, again, I’ll just say that what we offer is fairly standard.

What was the motivation behind choosing a Steampunk setting?

We’ve had a soft spot for steampunk ever since Arcanum. I think it’s becoming more popular lately, which means we can make money on a game we’ve had a blast spending more than a year developing.

What are the biggest incentives for players to work together in Steam Hammer?

Players pick from a variety of professions, and the fact that they can’t master them all forces them to work together. You can only pick one or two classes to perfect. For example, you might be an armorer and a farmer, but that rules out being a builder. That, in turn, means that all you can build is a miserable little shack. If you want to create a powerful weapon at a factory, you need someone to build the factory and then an engineer to build the machinery. Plus, there’s collective defense—you can’t stand alone on the field of battle. Large airships, to take one example, have four turrets, and so you need four gunners as well as a pilot to man them.

Players can fly airships! So how difficult is it to build one?

It takes a three-person team something like 30 hours to build a large airship, though we’re currently working to balance that. Our Kickstarter campaign let us add small airships to the game as well. They’re still in development, but I imagine they’ll take half as long to build. 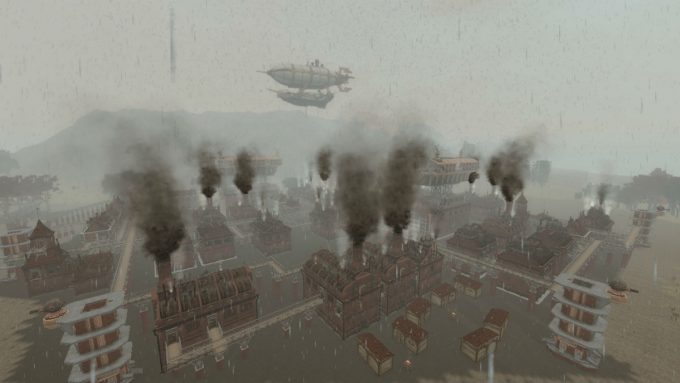 Steam Hammer looks to be a very socially interactive. Are there any AI controlled threats in the game or does most of that come from other players?

Other players definitely represent the most serious threat, but there are also ornery wild animals to worry about. At some point in the development process we also plan on adding blots, which are humanoid monsters that swim up out of the depths of the sea to raid player settlements. In addition, there are also caravans of airships flying over the islands that can be looted or even boarded and captured.

Will the game feature long term progression for your characters like a typical MMORPG?

You can play Steam Hammer for quite a while, spending the time mastering different professions and switching classes. Another factor is that all materials and weapons have a quality attribute that takes a long time to max out. Leveling up several combat and peacetime professions will take about 10 days of playing time.

How will the servers operate for Steam Hammer?

We will have plenty of very customizable servers all around the world. For example, on our servers at around 7-8 p.m. we have a judgment hour, which is when you can attack any guild or player without your karma taking a hit. When you set up your own server, you’ll be able to turn judgment hour off or turn on those conditions permanently. You’ll also set how fast players level up and many other parameters.

Can players transfer character between servers?

Steam Hammer seems quite ambitious. Are you worried about not delivering any of the features promised in your Kickstarter?

Everything is right on schedule. We’re currently hard at work building everything our backers paid for.

Finally, for those that missed the Kickstarter, is there any way to late back Steam Hammer?

Certainly. The game will be released to Steam in March 2017, and buying it will be the best way to support us. Strong sales, after all, will give us impetus we need to keep developing and making the Steam Hammer world more interesting and engaging.

Thanks for your time!

There’s no short supply of multiplayer survival games on the market but a well-done steampunk setting is sorely lacking. Big Way Games looks to fill that gap in impressive fashion, if all goes according to plan. With Early Access launching in just a couple of months, it won’t be long before we can dive in. Follow Steam Hammer on Steam and get notified as soon as it goes live.