With all the controversy swirling around lockboxes and other monetization strategies, I see an increasing number of people pining for the day when subscriptions were the standard business model for online games. 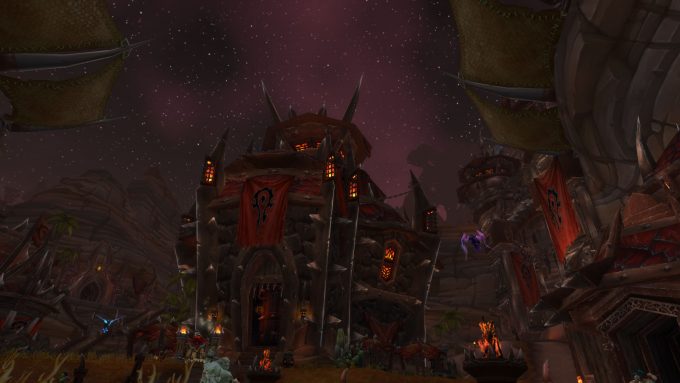 I think it might be time for a reminder of how we ended up here. There’s a reason that free to play and buy to play are now the norm, and it’s not that developers are conducting an evil international conspiracy to make us lockbox addicts.

It’s that subscriptions failed as a model, and they failed because people realized there are better options. For all the flaws of other business models — and oh boy, they do have them — none are quite so bad a deal for the player as a monthly subscription fee. I firmly believe it is the worst business model for an MMORPG.

Let’s look at all the ways subs ill-serve players, and please note that for the purposes of this article, “subscription” refers only to games that require a regular fee in order to play. Optional subscriptions as part of a hybrid model are an entirely different beast, and something I’m entirely okay with.

One of the biggest fallacies I’ve ever seen put forth in the MMO community is that only free to play business models affect gameplay.

These days, the only subscription game I play is World of Warcraft. It is also by far and away the grindiest game I play. This is not a coincidence.

Honestly, are people truly naive enough to believe that things like attunements, lengthy reputation grinds, and low drop rates were implemented because they were fun? No, they were designed to extend the life of content, allowing developers to earn more subscription dollars from each player. 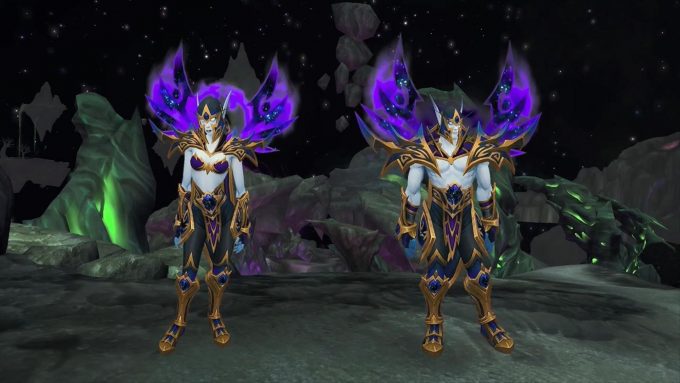 This is why while most other games make the main story something you can just jump into and enjoy, WoW locks it behind weeks of reputation grinding. This is why Blizzard is now staggering its patch releases, with a trickle of new content unlocked each week, rather than patching it in all at once. Have you ever noticed how it always takes more than thirty days for anything to fully release?

One of the eternal criticisms of free to play games is that they force you pay cash, or grind endlessly. Don’t get me wrong, “pay or grind” is not a great deal for the player, but it’s still better than a subscription game, where you pay to grind.

A good example is WoW’s upcoming allied races feature. Whereas if a free to play game added a new playable race, you might have to pay to unlock it, WoW will require you to both pay for the new expansion and spend weeks — potentially months — grinding various reputations to unlock the new races.

As the Goblins say, “Time is money, friend.”

They Spit in the Face of Customer Loyalty

Subscriptions are essentially “Yeah, but What Have You Done for Me Lately: The Business Model.” It doesn’t matter how many hours or how much money you pour into a game. If you haven’t coughed up $15 in the last thirty days, you’re completely locked out.

Let’s say you lose your job or otherwise hit a financial rough patch, and can no longer afford your subscription fee. Well, kiss goodbye to the characters you’ve spent potentially years developing. Say farewell to all the friends in your guild. Sucks to be you. 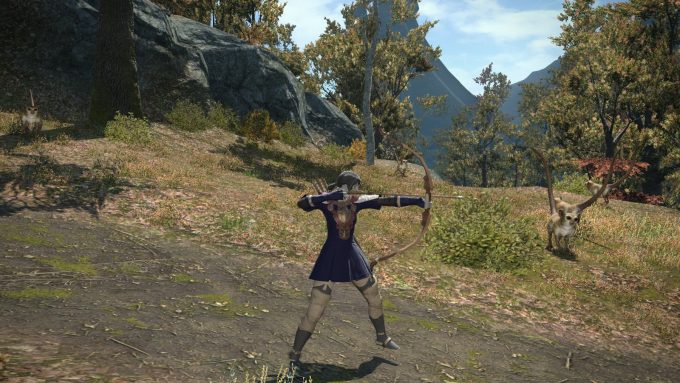 That’s a terrible way to treat a loyal customer.

Games based around micro-transactions may have their flaws, but when you buy something, it’s yours. If you don’t have the funds to keep spending as you have, you can still keep playing, and enjoying all the perks you’ve bought in the past.

In the past, there weren’t many MMOs around, and it made sense to just fully commit to one. But these days the field is overflowing with choices, and most people want to be able to enjoy more than one game.

Subscriptions make that a lot more difficult. If you’re paying a subscription to one game, playing anything else is going to feel like you’re wasting money because, well, you are. And if the other games you want to play are also subscription based, the cost is going to get prohibitive pretty fast.

Subscription games want you to play them and nothing else, and that sucks the fun out of the whole hobby. You don’t get to enjoy other games as much, and you burn out on your main game more quickly.

Their One Strength Is a Lie

The one advantage a mandatory subscription is supposed to hold over other business models — the chief argument I see put forth in its favour — is that it creates a level playing field. You pay a single fee and get access to the whole game. You don’t have your wallet eaten away by numerous extra charges, and everyone is put on the same level. 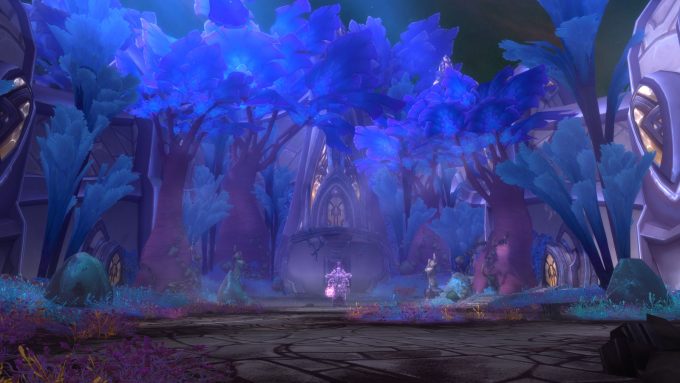 Which is great except for the fact that isn’t true at all.

Let’s again use World of Warcraft as an example. To start playing it at all, you first have to buy the base game, which is $25 here in Canada (I believe it’s about $20 for Americans).

These days, Blizzard rolls all legacy expansions into the base game, so that will get you a lot of content, but if you want to play WoW to any significant degree, you’ll have to buy the most recent expansion, too. Blizzard not only abandons legacy content but will often go out of their way to make it unrewarding, and the community never lingers in old expansions, which cuts off the group-centric experiences WoW is built around.

So you need to buy the current expansion, currently priced at $63 up here, and that’s assuming you don’t spring for the deluxe edition, which contains a number of exclusive cosmetics. If you want to keep playing for any length of time, you’ll need to keep buying expansions as they release.

Then there’s the cash shop to consider. While WoW’s might not be quite as fully stocked as some free MMOs, it’s still pretty extensive, and also priced higher than most other games. The companion pets alone would run you around $200 if you wanted all of them. Often the mounts and pets in the cash shop are far more elaborate and detailed than anything in-game, as well.

“But those are just cosmetics,” I hear you say. And I really have no problem with games selling such things in principle. I just bought myself a new hairstyle in ESO a few days ago.

But it’s not just cosmetics. The cash shops also feature things like race changes, name changes, and server transfers, and while most of those are minor conveniences, choice of server can have a huge impact on your experience of an MMO, and it’s inevitable some people will need to transfer. Maybe you picked a dead server without realizing it, or maybe your once-thriving community has fallen apart. 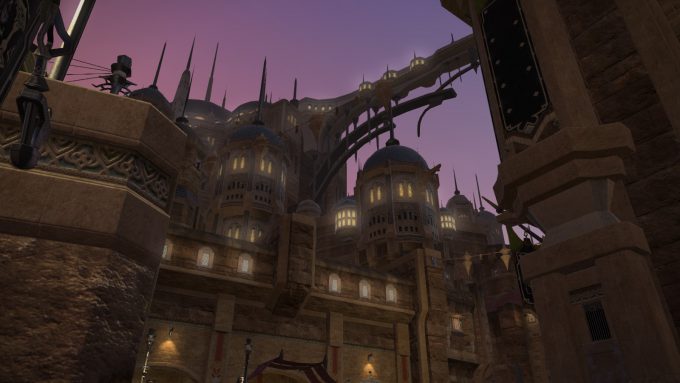 It gets worse if you play multiple characters, as most people do these days. At $32 per character (again, Canadian numbers), transferring more than one or two characters will cost more than a new AAA game.

It keeps going. Nowadays you can also buy character boosts that instantly level you to just below the current cap, and there’s the WoW Token to consider. With it, you can buy gold that can then be spent on BoE epics, allowing you to gear up your character entirely through the cash shop.

All this from a business model that’s supposed to give everyone everything for one monthly fee.

This isn’t unique to WoW, either. Final Fantasy XIV engages in similar practices, and while things may have gotten more pronounced in recent years, MMOs have always charged extra on top of their subscriptions, even if just for expansion packs.

The ideal of a subscription putting everyone on equal ground is a noble one, and if it were actually true, I’d probably feel a lot better about subscription games. It still wouldn’t be my favourite model because of the other problems listed above, but at least it would have a strong argument in its favour.

But it’s just not true. It was never true, and it’s getting less true all the time. Subscriptions don’t make games fair, they don’t prevent the best rewards from having price tags, and they don’t stop people from buying power.

MMO monetization is a messy business. Developers want to make as much money as possible, and players want everything for free. No solution will ever fully satisfy both sides. But while every model has flaws, none are worse for the player than a subscription fee for access. It’s a failed model, and it doesn’t deserve resurrection.

7 thoughts on “Subscriptions Are Still the Worst Business Model”