Often times the stories behind MMOs are at least as interesting as the games themselves. It’s one of the most fun things of writing about them. One of the most interesting stories in recent memory is that of the long and difficult road tread by Dark and Light, the ambitious MMORPG turned fantasy survival sandbox.

Join me as I explore the unique and tortured history of this game. 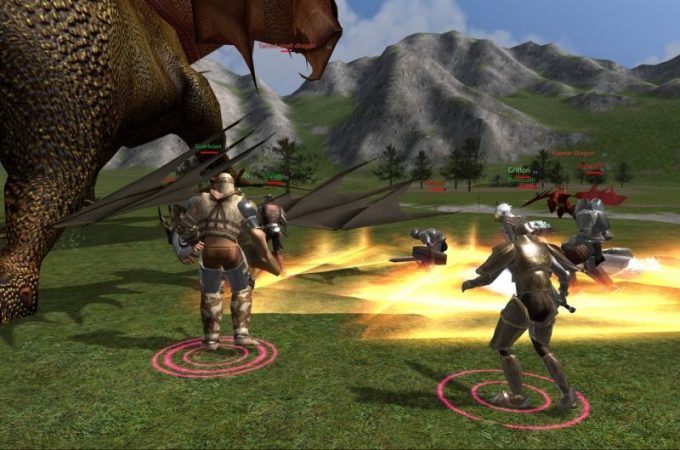 The original version of Dark and Light was developed by a company called NPCube. One of the most surprising things I learned while researching this article is that NPCube was based in Réunion, a place I had never even heard of. It turns out to be a small island in the Indian Ocean off the coast of Madagascar, and a territory of France. This means it’s part of the European Union despite being nowhere near Europe.

That doesn’t really impact on the story of Dark and Light the game, but it does add an extra texture to this already strange story.

NPCube began development of Dark and Light in 2002. It was envisioned as an ambitious sandbox MMORPG of impressive scale. Its biggest selling point was its massive game world, one of the largest ever seen at fifteen thousand square miles.

It also gave players a wealth of options on who they could be and how to play. It featured no less than twelve playable races and fourteen classes. Progression focused on more than just fighting, as players earned separate experience points for combat, crafting, and social gameplay.

However, Dark and Light struggled to live up to this ambition. It languished in beta testing until investors, hoping to finally see some return for their money, pressured it into launch in 2006.

Reception was not good. The game was obviously unfinished, with poor graphics, incomplete features, and numerous bugs.

Dark and Light’s publisher, Farlan Entertainment, went into damage control mode. They acknowledged that the game had been released too soon and began work on improvements to the game, especially the oft-criticized graphics. To this end they signed a deal with the Chinese company Snail Games, who would provide assistance in getting Dark and Light up to snuff.

Along the way, Dark and Light adopted a hybrid free-to-play model, but first impressions are lasting impressions, and it continued to struggle.

To make matters worse, in 2007 another company, VWORLD LLC, sued NPCube, alleging they had used some of VWORLD’s technology in the development of Dark and Light without permission. This led to a countersuit from NPCube, who claimed that their reputation had been unfairly damaged by VWORLD.

After a lengthy legal battle, courts ruled in favor of VWORLD, dismissing NPCube’s lawsuit and finding that they had, in fact, used VWORLD’s technology. They were required to pay €50,000 in damages to VWORLD.

Panned by reviewers, rejected by players, and crippled by the lawsuit, Dark and Light the MMORPG met its end in 2008, with the servers shutting down for good. 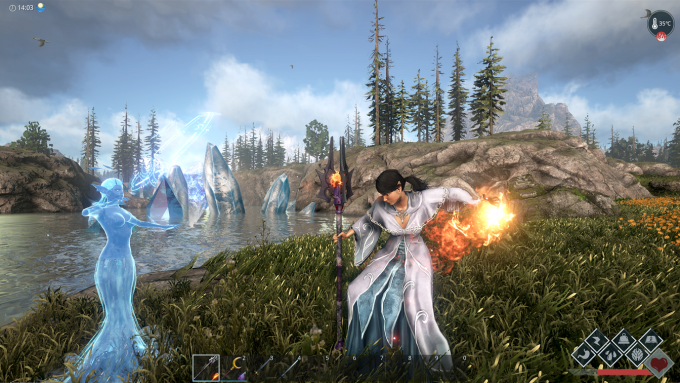 For most games, the story would end there, but Dark and Light is not most games. Around that time, Snail Games fully acquired the rights to the game.

For eight years, Dark and Light was little heard from, but then, in 2016, Snail Games suddenly announced a total reboot of it with a new game engine, altered lore, and revamped gameplay. Early this year, it released into early access.

Dark and Light is now little recognizable from its original concept. Instead of a full MMORPG, it is now a survival sandbox featuring both official and private servers. The original twelve playable races has been trimmed down to just three. The class system has been throw out entirely and replaced with skill-based progression where a single character can, in theory, eventually learn everything.

You can almost see this is a metaphor for the trajectory of online gaming as a whole. In 2006, MMORPGs were all the rage. Now MMOs are not as trendy, and all the focus is on survival sandboxes, and Dark Light has changed accordingly.

I do find it strange Snail bothered to resurrect the Dark and Light name at all, actually. I don’t get the impression there was a huge Dark and Light fanbase to tap into. If you’re going to change so much, from the game engine to the fundamental genre, why not just make a new game altogether?

But maybe I’m missing something. Maybe there’s something unique and special about the Dark and Light setting that was worth carrying forward.

There is also something of a beautiful irony to the fact that the original Dark and Light failed because it launched unfinished, and now its reboot has launched into early access. Much of the same kind of problems that doomed its forebear now afflict the new Dark and Light, but now we live in a time where bugs and unfinished features are no longer considered disqualifying.

Maybe the original Dark and Light was just ahead of its time.

It is, as I have said, a very strange story. And we must remember that it is not over yet. The life of Dark and Light’s reboot has only just begun. The developers are hoping it can introduce the survival sandbox genre to fans of more traditional high fantasy MMOs. Perhaps they will succeed and Dark and Light will overcome its troubled past to become a great success.

Or perhaps it will be just another game to languish eternally in early access and eventually slide into obscurity and oblivion once again.