I’m not a fan of the favoritism some people have when it comes to Eastern versus Western MMORPGs. Historically, I’ve spent more time in Western games, but I’m not going to write off a whole hemisphere because of it.

Ultimately, I think both regions’ design philosophies have their pros and cons, and both could benefit by taking lessons from the other. This being an English language site, I’m guessing most people here have a pretty good idea of what Western games have to offer, so let’s start with a look at what the West can learn from Asian games.

These days the gap between Western and Eastern character creators isn’t as stark as it once was, but the best MMORPG character creators are still found in Asian titles like Aion and Black Desert. These games let you tweak virtually every aspect of your character’s appearance in excruciating detail, allowing you to create the avatar of your dreams.

Western games just don’t quite match up. Even those that do offer a lot of options, like Elder Scrolls Online, don’t offer the same fine touch as something like Black Desert. Just because there’s a slider for your character’s nose doesn’t mean you can get it looking exactly the way you want.

Some may find such things frivolous, but for those for whom it matters, it matters a lot.

Both Western and Eastern MMOs are perhaps a bit too hung-up on the high fantasy genre, but it seems to me as if there tends to be a bit more flavor in the settings of Eastern games. 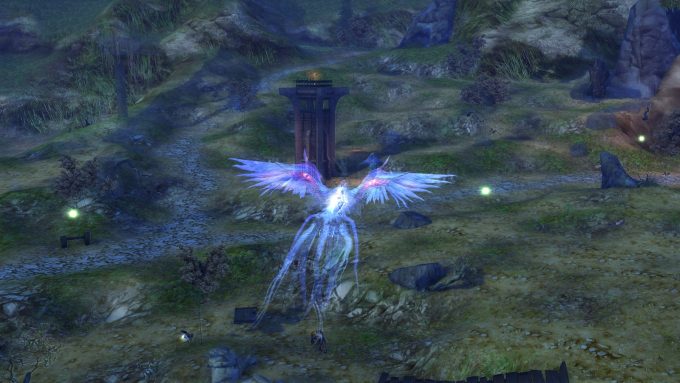 There’s a certain alien feeling to the worlds of Eastern MMOs that you don’t just find anywhere else. The creatures are stranger, the landscapes more otherworldly, and the cultures more fantastical. There’s often a strong magitech influence that you don’t see as much of in Western titles, which hew closer to traditional fantasy archetypes.

This may simply be another set of cultural tropes that only feel fresh because I’m not as used to them. This is definitely true in cases where the MMOs draw on quintessentially Eastern concepts, such as wuxia MMOs like Blade and Soul. Either way, though, the settings of Asian MMOs often feel like a breath of fresh of air.

Part of the reason I tend to hold a relatively high opinion of Aion despite it being a fairly generic game is that I found its world so enchantingly strange.

One of the stranger differences between Western and Eastern MMOs is how much effort is put into combat animations. Our developers here in the West just can’t seem to make them anywhere near as good as their Asian contemporaries.

It’s not just that Asian games use more and bigger particle effects when it comes to combat abilities, although they certainly do, and I definitely appreciate it.

We’re starting to see a little more effort put into combat animations in Western MMOs. Neverwinter’s are pretty weighty, and World of Warcraft has improved their animations a lot in the most recent expansion. But overall the West is still lagging far behind the East on this front. 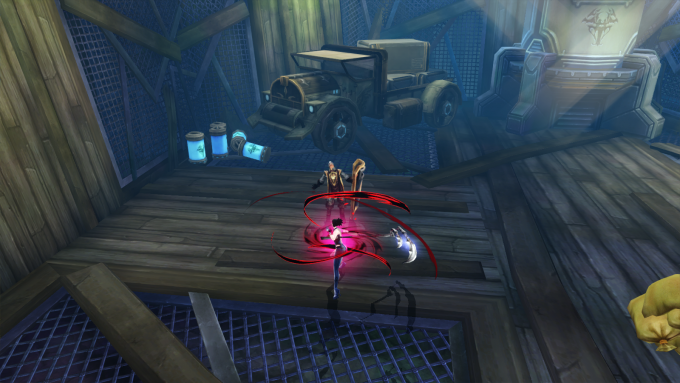 If there’s one thing I love in Eastern games, it’s the opportunity to play classes that fight by swinging a giant scythe at their foes. You can’t tell me that’s not awesome, because it objectively is.

Examples include the oracle of Dragon’s Prophet or the Reaper of Kritika Online, both classes who can slice through their foes like so much dry wheat.

This is an experience that for whatever reason Western developers simply don’t offer. If scythes appear at all in Western games, it’s usually just a staff skin for caster classes, a mere stat stick that isn’t actually used in combat.

That’s not good enough. Just having a scythe is not enough. I must be able to slice through my foes like the Grim Reaper himself.

On that note, Eastern games tend to offer a lot of weapon choices and archetypes that are often neglected by the West.

Spears come to mind. Classes that favor a spear as their preferred weapon, such as Final Fantasy XIV’s dragoon, are fairly common in Eastern MMOs, but often neglected by their Western counterparts. It’s pretty strange when you think about it, as spears and polearms were one of the most popular weapons of history. Swords, by comparison, were relatively rare.

I can think of a few other archetypes that seem more common in Eastern games: martial artists, archers without pets, gunslingers… Again, this may simply be a different set of cultural tropes, and perhaps from the perspective of someone in Asia Western games feel like they have better class choices, but I enjoy the variety. Perhaps developers in both hemispheres should just try to expand their class choices in general.

Especially where scythes are concerned.